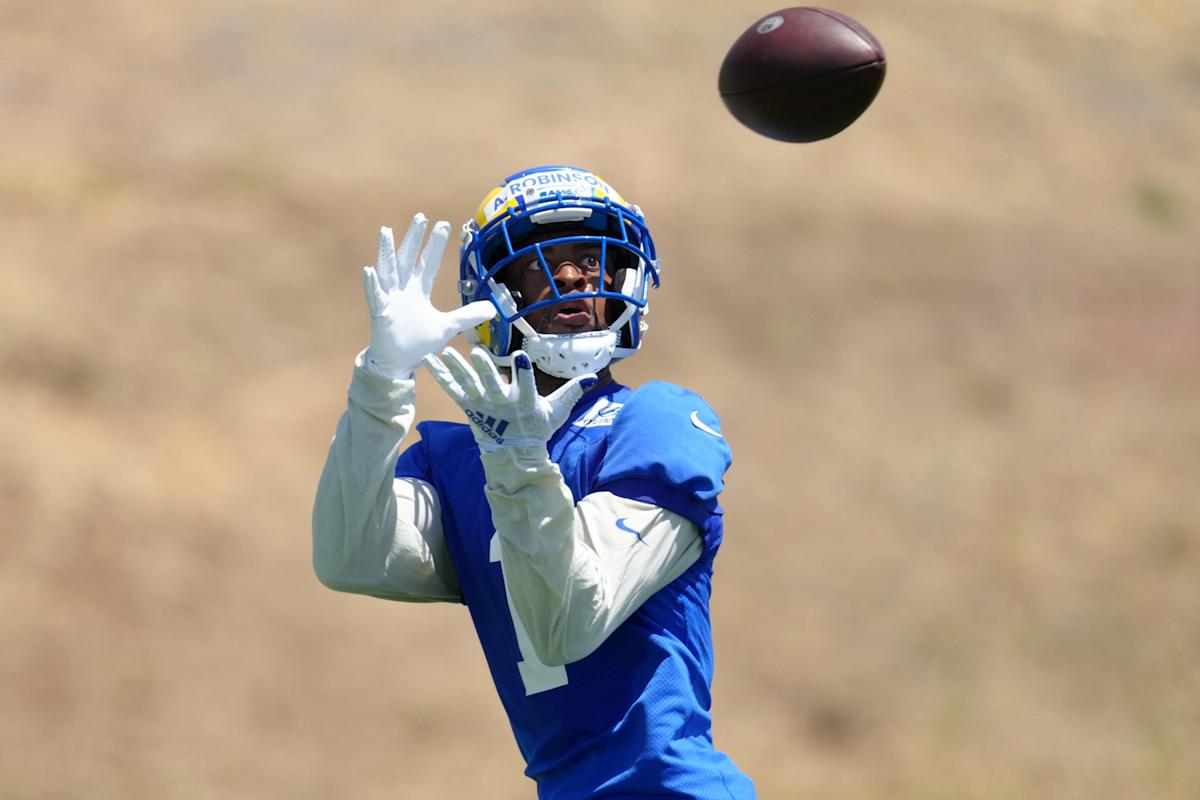 As many Rams fans know, the Rams lost quite possibly the heart and soul of their high powered offense this offseason. Rams legend (yes, I said legend) Robert Woods was dealt to the Tennessee Titans in exchange for a 2023 late round pick. This move rocked a lot of Rams nation, myself included, due to the fact that Robert Woods was a pillar that helped shift the culture and narrative around the Rams franchise as a whole.

However. the Rams did happen to snag a replacement prior to dealing Woods. A man by the name of Allen Robinson was signed to a 3 year deal, joining a receiving core that includes the reigning NFC OPOY Cooper Kupp, a young rising stud in Van Jefferson, and (typing this into existence) Odell Beckham Jr. Now, there is a legitimate argument to be made that Allen Robinson does not fill the exact gap that Robert Woods will inevitably leave. While Robinson does not present the same run blocking grit and rushing ability as Woods, he does fill a dire need that the Rams have lacked since the beginning of the McVay era. This need is the for a receiver with an innate ability to be a 50/50 jump ball winner, putting more pressure on defenses especially in the red zone area. There were several moments last year where Quarterback Matthew Stafford showed ultimate faith in his receivers, seemingly just throwing the ball up and giving his guys a chance to make a big splash play. More times than not, this resulted in incomplete passes or interceptions, leading to more turnovers than desired from the QB spot.

Insert Allen Robinson, a man who boasts 85 catches of 20+ yard catches over his young career, and did so with below average quarterbacks I may add. A man with a 6'2 220 pound frame that can seemingly jump out of the gym, runs crisp and smooth routes, along with speed that can lead to splash plays. Robinson has only posted two seasons of 1000+ yards, but this is mainly to due the fact that he played in incompetent offenses where he was quite literally the number one receiving option in every season he's played. This is not the case in the Rams offense, Robinson for the first time in his career will not be the focal point of defensive coordinators game plans week in and week out. This will lead to Robinson seeing more favorable matchups than he's ever seen in his playing career, leading to even more big plays and more redzone opportunities. Robinson does not fill the grit and grind aspect that Woods gave to the Rams over his time with the team, and quite honestly never will. However, Robinson presents a skill set that McVay has not had at his disposal in his tenure as head coach, and that alone will keep defensive coordinators/DBs up at night.