Even without the benefit of hindsight, you can list any number of reasons why Todd Gurley was a great pick by the Los Angeles Rams in the 2015 NFL Draft, several of which were recently illustrated by our own QBKlass.

As it turns out, fear was one of the main motivators behind the drafting of Todd Gurley according to Rams General Manager Les Snead.

Snead joined FOX Sports' Peter Schrager last week for an hour long conversation that covered a wide range of topics including, but not limited to, the confidence of Rams rookie QB Jared Goff, the Sam Bradford-Nick Foles trade; the haul from trading the #2 pick in the 2012 NFL Draft to Washington; and how the fear of Todd Gurley ending up elsewhere in the division was a driving force behind the Rams drafting him 10th overall last year.

Snead was in attendance with his son during that fateful Auburn-Georgia game when Gurley ended up injuring his knee, a pretty unsettling sight for the Rams GM to witness not only because it was difficult to see a potential career-altering injury happen to such a great talent, but also because the Rams were already considering taking Gurley in the upcoming draft. In fact, Gurley was second on their draft board behind then Oregon QB Marcus Mariota at the time. Given there was no way Mariota was going to be available, and with Snead anticipating the Rams’ draft slot to be somewhere in the middle of the first round, they were entertaining the thought of Gurley landing there and becoming a great value pick. But now, with the uncertainty of Gurley’s injury, he though maybe they should focus their attention elsewhere. Though, on his drive back to the airport, Snead had a nightmarish vision associated with the thought of Gurley’s draft stock now taking a huge hit and the possibility of him sliding further in the first round.

"Holy cow", he thought, as the picture began to come into focus. "The Seahawks, they’re gonna end up winning the Super Bowl, and they’re gonna get to pick Todd Gurley." 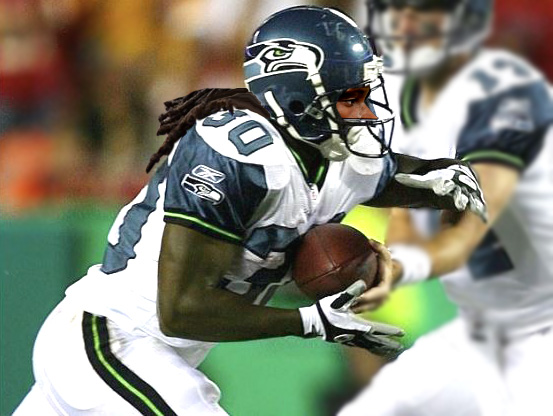 However, the nightmare didn’t end there. It was only the beginning of a landscape of horrors.

That’s the kind of generational talent that Snead felt Todd Gurley possessed, even after having just witnessed him lay on the field for several minutes with what appeared to be, and amounted to, a fairly significant injury.

Now the wheels were in motion. There was no way Snead was going to wake up in a cold sweat for the duration of his employment with the Rams after having let Gurley get away. He could not let this nightmare of Todd Gurley gashing the Rams’ defense over and over again come to fruition. It’s even possible that Snead wanted to avoid repeating the mistake that led to losing out on (now Seattle Seahawk) Bobby Wagner - in that you now have a guy you envisioned wreaking havoc for your team, wreaking it on your team instead. Whatever the case, Snead had to get Gurley on this team, and it had to get done quietly. It had to get done quietly because Snead didn’t want other teams to even suspect that the Rams were in the market for a running back in the ’15 draft. And as most Rams fans can attest, it was a successful covert plan. Most fans were looking for the Rams to solidify their offensive line in the draft, and many mocks at the time had the Rams taking Ereck Flowers or Andrus Peat to shore up an offensive line that ranked 31st the year before. When it came time for the Rams to turn in their card, however, Ereck Flowers had already gone to the Giants - but Andrus Peat was still there for the taking.

The Rams wasted no time making the pick and quickly scooped up Gurley leaving the ESPN panel covering the draft in moderate shock. Said ESPN panelist Louis Riddick, "The only question I have with this pick is, who’s blocking for him?" Well, Snead had the answer to that question and others similar to it when he was at the podium later that day fielding questions from the media about their selection while basically being scolded for not addressing the offensive line. "Well, we do have six more rounds to go here" was the response, and taking 3 offensive tackles in Rob Havenstein, Jamon Brown, Andrew Donnal; plus a guard in Cody Wichman, was the resulting action. The Rams would also dip into the subsequent supplemental draft and take OT Isaiah Battle from Clemson, forfeiting their 5th round selection in the following year's draft.

By taking the approach of building the trench in front of arguably the best RB to come out of the draft in a decade, the Rams positioned themselves to develop an offense capable of bullying opposing defenses - and as it turns out - give their 2016 first round pick some level of comfort in his transition to becoming a Franchise QB.

That plan was originally meant to benefit Nick Foles; but things work out the way they do.

The 2016 NFL draft gave the Rams yet another opportunity to prove they had a plan to solve a problem few people thought they could remedy.