The top five prospects have been chosen. Time to fill out the top 10.

Share All sharing options for: The Turf Show Times 2016 NFL Draft Big Board: 6-10

On Friday, we kicked off our effort to build out a big board for the Los Angeles Rams in the 2016 NFL Draft, and we've got the results from our first run at it with the top five prospects: 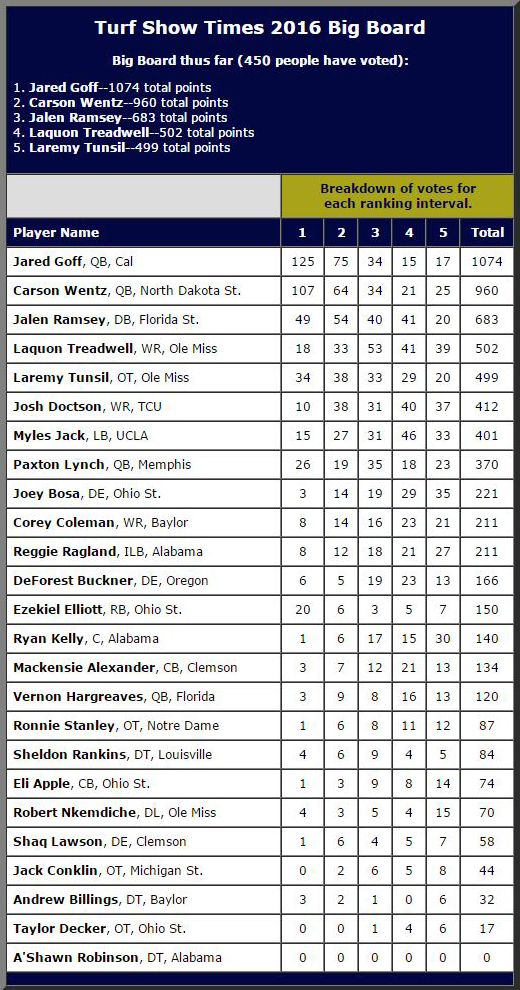 Clearly, the driving force behind the first five was the vote toward the top QB prospects in Cal QB Jared Goff and North Dakota St. QB Carson Wentz. The WR love was apparent too as both Ole Miss WR Laquon Treadwell and TCU WR Josh Doctson were driven much higher than their general draft stock.

All that being said, here's the big board as it stands through five prospects:

And now, here are the candidates for the next five slots including the five new prospects added to replace Big Board #s 1-5: