Share All sharing options for: Five Reasons Why Johnny Manziel Is Perfect For Los Angeles And the Rams

Their loss is the Los Angeles Rams’ gain.  Here are five reasons why Johnny Football to L.A. makes all the sense in the world...

Divorce.  Poor Johnny Football.  This guy played his heart out in college, only to be selected by the Browns.  A place quarterbacks go to be really bad quarterbacks.  He was really never given a chance to succeed.

On Tuesday, Ian Rapoport of the NFL Network, when asked about either Texas team [Cowboys or Texans] would show interest in Manziel:

Your loss!  And it’s not you Johnny, it’s Cleveland.  They do not rock. That Drew Carey was full of shit! 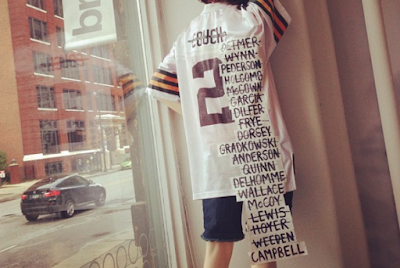 But, luckily, the Rams - in need of an elite quarterback - are waiting in the wings.  A reinvigorated team, in a new city, with a stellar head coach...it’s pretty much a match made in football heaven.

He Can "Throw the Football"

Prior to the 2014 NFL Draft, when Jeff Fisher was being honest with the world about Sam Bradford being their starting quarterback, the Rams - to include Les Snead - met with Manziel.  They were impressed.  Fisher would say "He can make all the plays, throw the football, and he's a great teammate."  Boom!  The guy can make all the plays.  All of them.  He can throw the football.  That’s a plus!  AND he’s a great teammate.  What else could you ask for?

After a long, hard-fought, game there’s nothing Johnny likes to do more than wind down by showering himself with a nice bottle of Dom Perignon, and kick it with celebrities.  He’s not going to get that in Dallas is he?  Of course he’s not.  In Dallas he may bump into who...Mark Cuban, Dr. Phil, Kelly Clarkson, or Troy Aikman; who’ll never be half the QB Johnny is.

We’ve already seen what he’s capable of accomplishing in Las Vegas -- the Nation’s No. 1 spot for Nightlife, according to US News.com.  But Vegas doesn’t have a football team, nor will they.  And that was kind of like last week anyway, you know?

Scroll down that list a little further, and there she is:  beautiful Los Angeles, weighing in at No. 6.

L.A. boasts some of the most exclusive see-and-be-seen spots in the country. The "scene" is fiercely competitive for patrons as well as bar owners. Venues open and close here at a speed that only the fast and fashionable can follow.

Scroll a bit further and you’ll find Dallas.  Oh wait, no you won’t.  Because Dallas is boring.  And Johnny Football doesn’t do boring.

Taylor Swift and Miley Cyrus both have three houses in California.  So does Rihanna. As does Charlize Theron.  A simple trip to the grocery store for waffles could lead to a chance encounter with Tom Brady and Justin Timerlake.

None of the aforementioned have houses in Dallas. Why would they? 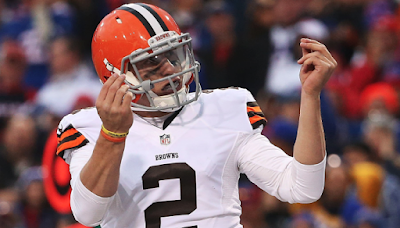 Stan Kroenke may not strike you as the type of guy who’s out to make a few bucks, but I’d disagree.  I suppose it’s debatable.  But with Manziel in town, the Rams - as well as the local economy - will flourish.

Jersey sales will most certainly be there.  While Nick Foles Color Rush unis are still awaiting your purchase, you’d be wise to get yourself a Manziel jersey while there are still some for the getting.  Ticket sales would increase, as well.  Perennial 7-9 seasons don’t keep asses in the seats, you know?  Elite QB play elevates the players around them.  Wins are inevitable.

It’s the boost to the local economy that makes signing Manziel almost philanthropic. Think of all the mouth fireworks stands that will flourish.  There are so many pools in Los Angeles, but there aren’t near enough inflatables.  And while almost everyone in Hollywood is dressed up as someone they’re not, costume shops would benefit from the boost in sales of Rams’ fans who idolize their new franchise QB.

I mean, just look at that freakin' smile... 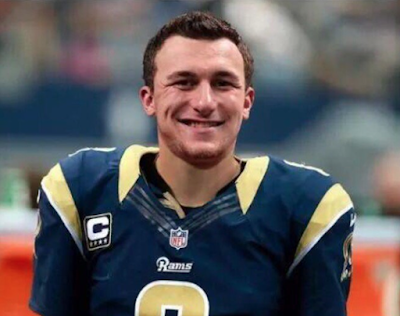