If the Los Angeles Rams don’t think they’re capable of landing a game-changing, immediate impact type quarterback in the 2016 NFL Draft, they’ll - in all likelihood - be real players in free agency.

Currently atop the list of impending free agent signal callers is Eagles’ Sam Bradford.  And it’s a very short list, especially if teams are looking for a starting QB.  But there’s another quarterback who will almost certainly be joining Bradford in free agency, and heating things up in the 2016 offseason.  That player:  former Redskins’ quarterback Robert Griffin III.
As NFL Network’s Albert Breer reported last Monday [via Twitter], Griffin III passed his exit physical with the Skins, and now it’s a matter of when, not if, he hits the free agent market.
Given the Los Angeles Rams’ current quarterback situation - which many would consider dire - it comes as no surprise that Griffin’s name is [and has been] getting tossed around as a viable solution to their QB woes.  And why not?
Mike Sando recently covered five intriguing fits for Griffin III [In$ider], lumping the Rams in with other potential landing spots like Bills, Cowboys, Broncos, and Chiefs:

On paper, the Rams have the defense and running game to support the kind of low-volume passing attack to help a quarterback survive. On the field, those things were insufficient for the Rams to win consistently with Nick Foles as their starting quarterback in 2015. The Rams are heading into the offseason with Foles and Case Keenum operating under a first-time NFL playcaller in Rob Boras. They didn't like Griffin enough to draft him second overall in 2012. There is less to like about Griffin now, but if the price were right, the Rams could at least consider buying another raffle ticket at the position.

A few things here.
I’m not sure it’s fair to say "the Rams didn’t like Griffin enough to draft him second overall in 2012." That was the very first year of the Jeff Fisher/Les Snead regime, and Fisher was very adamant that part of the reason he’d chosen St. Louis over Miami was Sam Bradford.  Only two seasons removed from being drafted first overall, why would the new regime simply discard a promising  young quarterback?  The answer is simple:  they wouldn’t.  What they would do, however, was wisely trade that pick to the Redskins, landing themselves a slew of players in the process...

Since this will again be a big storyline this week, here's a full breakdown of "the trade." pic.twitter.com/fC6OmXHOoD

Another thing to note is that Sando makes no mention of Sean Mannion, who the Rams selected with the 98th overall pick [3rd round] in the 2015 draft.  Conventional wisdom would tell you that the Fisher & Co. were confident enough in Foles/Keenum that they didn’t find themselves in a position to take a quarterback higher in the draft.  But with only seven snaps under his belt - all of which were played in Week 12 - it’s hard to get a pulse on whether or not he’s truly in the mix for the starting job.
In this Fox Sports article, which was posted yesterday, the Rams name once again emerged as a potential landing spot for Griffin III, amongst six others.  In it, the author also mentions the draft haul the Rams were afforded via the draft-day trade with the Rams:

Forever on a search for a quarterback, the Rams couldn't have been happy with Nick Foles last season. Foles's seven touchdown passes and 10 interceptions in 11 games were not what a team with a playoff-caliber defense had in mind when they shipped Sam Bradford to Philly. The most ironic part of this marriage would be that the Redskins shipped a boatload of picks to the Rams to move up to the No. 2 spot in the 2012 draft to able to get Griffin, so him actually signing with the Rams would bring this story full circle.

Let’s face it.  If there’s one thing Jeff Fisher has shown us, it’s that he’s not above trolling.  When the Rams took the trip to Fed Ex field in December, 2014 Fisher utilized the pre-game festivities to send a friendly reminder the Redskins.  Prior to kickoff, Fisher sent Janoris Jenkins, Michael Brockers, Zac Stacy, Stedman Bailey, Greg Robinson, and Alec Ogletree to midfield for the coin toss.
Would you put it past him to acquire Griffin, simply to put the nail in this trade coffin?

A few things on Griffin...

There was a lot of speculation/drama surrounding the Redskins, and much of it came from a deteriorating relationship between Griffin III and head coach Mike Shanahan, based on the manner in which each of them wanted the offense to run.  Regardless of who was wrong or right in the matter, Griffin ultimately won out, and was dubbed a prima donna in the process.  That’s nothing to brag about, and certainly didn’t earn him many fans outside the district.
That could be a concern for any NFL team.  No one wants a "cancer" in the locker room.
The question I’d pose, though, is what if he utilized the 2015 season - one where he was sidelined, and all but publicly embarrassed - to mature?  There’s certainly a chance he didn’t, and that’s a risk any team would take when acquiring him.
The alternative, however, is that he’s just a player hungry to get back to the game.  One who’s envisions proving a point, and quieting the doubters, in 2016.  Maybe he’s a guy who truly believes the sentiment of the letter he left in his now vacant locker in Landover. 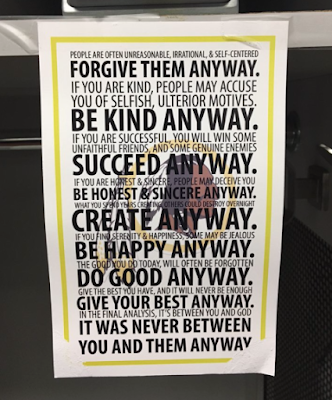 And then there was this...

Yeah. Those are bad.
It should be noted that any team interested in signing Griffin III has probably already ripped the "read option" pages out of their playbook.  Following these injuries in 2012, he made it very clear he was ready to be a full-time pocket passer.  Can he be mobile when needed?  I’m sure he can.  He’ll never have the mobility he did prior to these injuries, but that’s not to say he can’t let loose if the protection starts to break down.
The knee injuries are bit of a concern, but it’s a risk the Rams - or any other team - must be willing to take.  Beef up that offensive line!

It remains to be seen what the going price for Griffin III will be once he hits the market, but the Rams would have the cash.  As it stands, per Over the Cap, the Rams have the league’s 10th most cap space [$36+mil] for 2016, and there are several internal moves the team could make to free up more if needed.
The good news for potential buyers is that they’re not competing to get the 2012 rookie of the year winner, who took his team to the playoffs.  They’re vying for a quarterback who played scout team safety.