Los Angeles Rams: New Unis On The Way. What Color Combo Would You Choose?

The Los Angeles Rams will certainly have a new look heading into 2016...

Share All sharing options for: Los Angeles Rams: New Unis On The Way. What Color Combo Would You Choose?

Having been in the AFL-NFL since 1937, it stands to reason that the Cleveland-Los Angeles-St. Louis Rams have had several different looks.  And whether it was a change in scenery, or simply to freshen things up, the Rams have donned a bevy of different color combinations.

With yesterday’s news that the Rams are indeed heading back to Los Angeles, it’s only a matter of time before we catch a glimpse of their new uniforms.  But just what scheme will they choose?  If I had to guess, many fans would like something that provides them with fond memories or favorite players...something that related to a time when you were proud to be a Rams fan.  Something along these lines...

And while the white and blues worn by the Fearsome Foursome and white and yellows worn during the Greatest Show on Turf days are fan-favorites, that doesn’t guarantee that either color scheme will be resurrected when the Rams kick off in 2016. 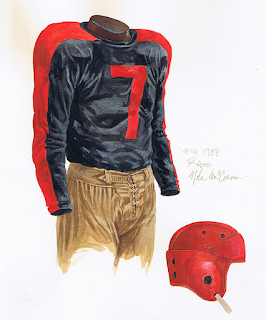 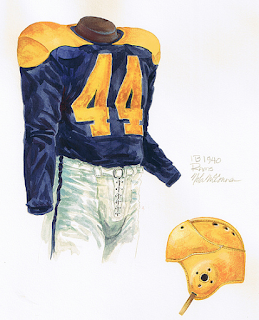 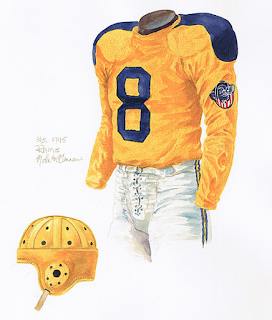 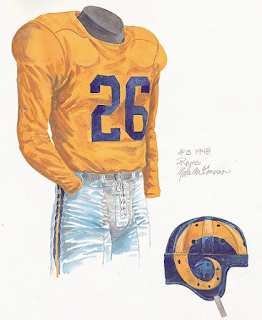 The Rams were the first NFL team to have a logo on their helmet. 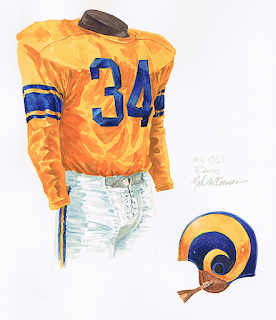 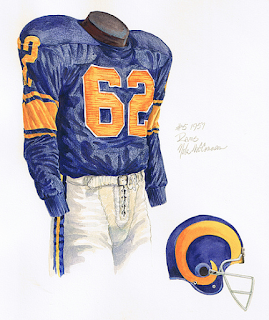 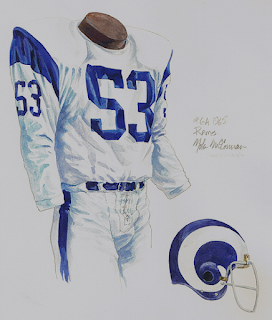 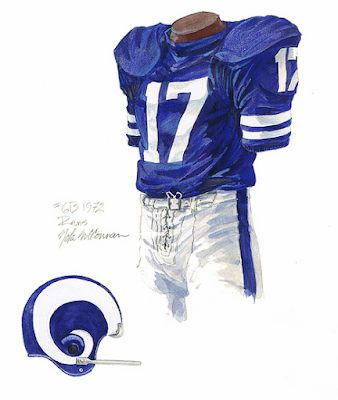 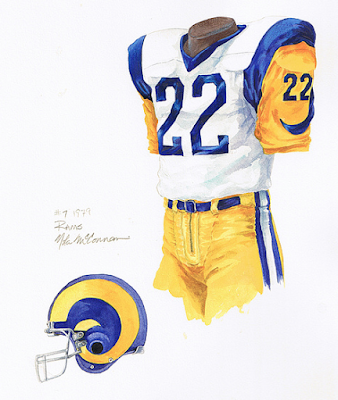 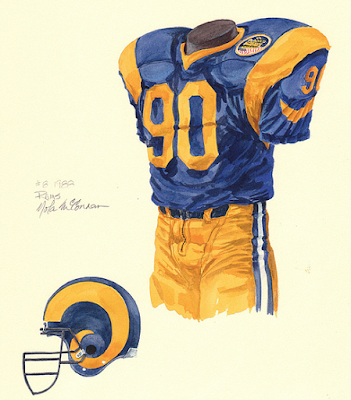 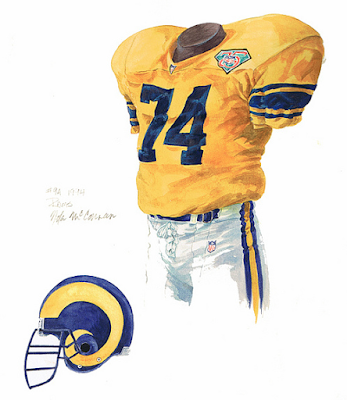 As part of the NFL’s 75th anniversary, the league introduced "throwback" uniforms.  The one pictured above is a tribute to the Rams’ 1951 getup. 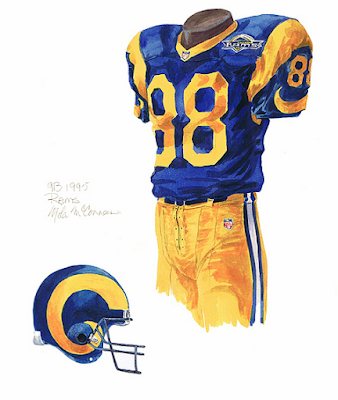 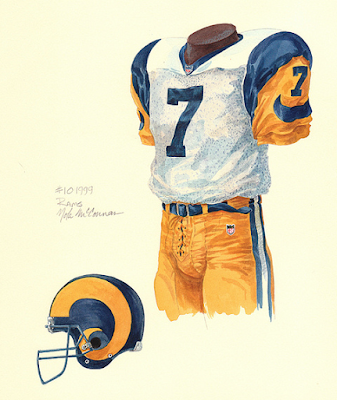 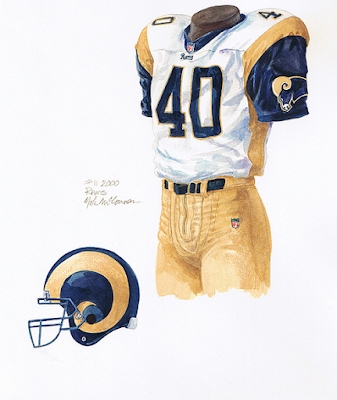 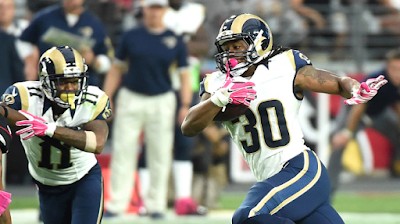 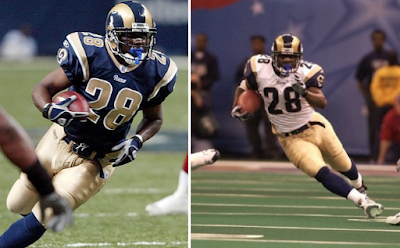 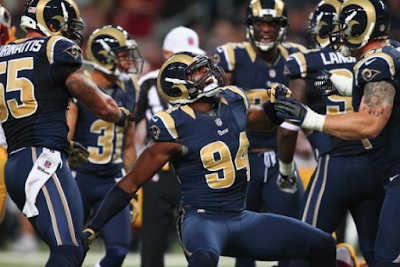 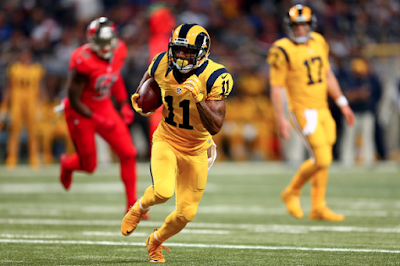 Los Angeles Rams to play in SoFi Stadium beginning in 2020