Christmas In July: Get Your St. Louis Rams’ Gifts Early!!!

Share All sharing options for: Christmas In July: Get Your St. Louis Rams’ Gifts Early!!!

If you’re anything like me, you wait until Christmas Eve to start shopping for gifts.  It’s not the greatest plan, as it often leads to what I call "guilty spending."  I’ll spend way more than I should because, well, I feel guilty that the present that person is going to receive has little to no thought.  Michael Kors is my friend.

But, if you’re a smart shopper, you buy stuff throughout the year.  You are not, however, a smart shopper if you sleep outside of a Best Buy or Wal-Mart.  I’m just saying...

But every good Rams’ fan wants some new gear or trinkets from Santa.  Maybe it’s a new jersey.  It could be autographed memorabilia.  Possibly tickets to a game.  Or it could be some of this awesome stuff listed on NFLShop.com...which they’re featuring as part of "Christmas in July."

Step Up Your Sock Game 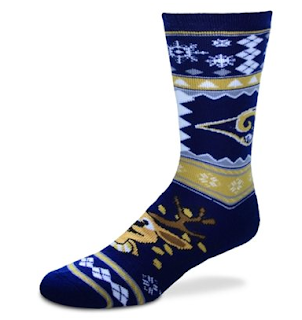 For just under $11 you can have a warm pair of St. Louis Rams socks, complete with snow flakes and what could very well be a reindeer.

It’s Not His Belly That’s Got Him Stuck 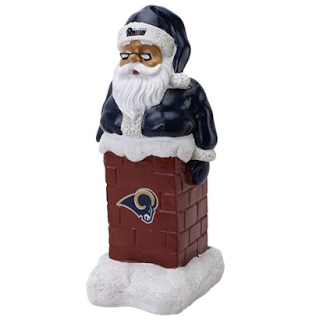 For $24.95, you can have this eyeball-less Santa dressed in a sub .500 Santa Suit.  He’s gotten that belly down in there, but that’s not what he appears to be struggling to stuff down that chimney.  Hubba hubba!

No One Loves Them More Than You! 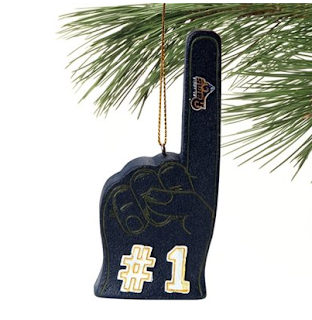 How about this lil $10 ditty.  Are you the number 1 Rams’ fan?  Of course you are.  Hang this proudly from your tree and let the entire family that daddy loves the Rams more than anyone else in the household. 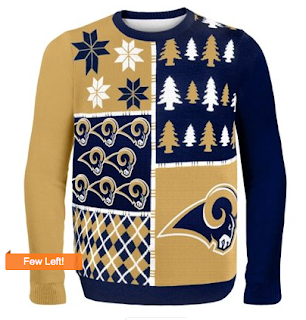