A year ago, Watts turned heads as a surprise choice to make the cut on the 53-man roster. Can he make it a repeat? 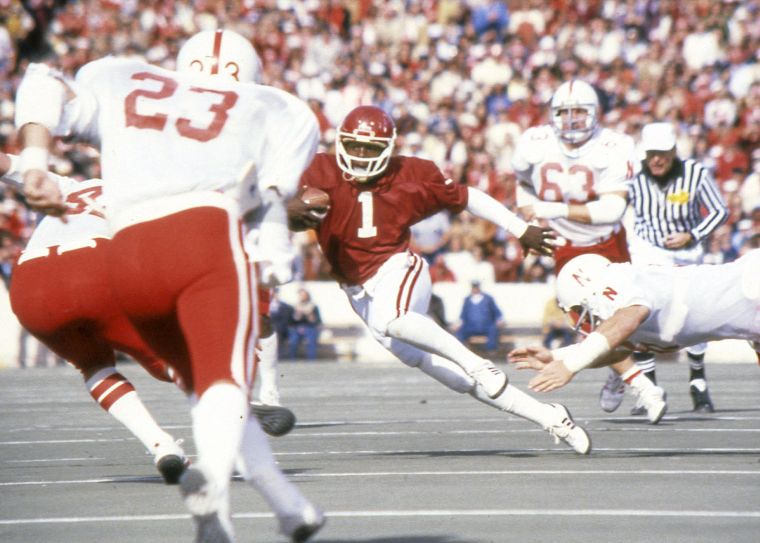 In 1979 and 1980, the Oklahoma Sooners were quarterbacked by the fleet-footed J.C. Watts, a Eufala native who excelled under Head Coach Barry Switzer and propelled by the 1980 NFL Draft #1 overall pick, RB Billy Sims. Despite helping OU to consecutive Orange Bowl wins in those two years, Watts was unable to crack the NFL barrier.

25 years later, Julius Caesar Watts' son, Julius Trey Watts, is entering his second NFL season after walking on at Tulsa back in 2009.

We know Jeff Fisher loves him some damn running backs. The Rams carried five to the 53-man last year but hold a full nine as it stands.

You've got a comfortable foursome at the top in 2015 NFL Draft first-round selection Todd Gurley, Tre Mason, Benny Cunningham and special-teams contributor Chase Reynolds. Isaiah Pead is entering a contract year and may get a shot coming off of his knee injury in the 2014 preseason.

Beyond them, and certainly Pead's slotting is arguable, is where you get to Trey Watts who did himself no favors by picking up a four-game suspension for a substance violation in late May.

It's a classic training camp glut.

This is tough. Watts not only made the cut last season but actually featured early on finding playing time in 14 games. With the suspension and the new options behind him, Watts may get squeezed out on quantity alone.

I'm just not seeing the play here. Obviously the suspension makes this moot for the first month of the regular season. Consider then how this plays out. Heading into the regular season, the Rams know they won't have Watts as an option. So however the running back group plays out, the coaching staff is looking for position depth and special teams contributions in Watts' absence. They'll hone to see if any of the candidates can jump in at the back of the group for slot #5 or 6 depending on Pead or maybe Reynolds falling off a bit. If so, you'll have someone who will have had to play pretty well in camp and in preseason duty, worked his tail off to get on the roster and then after a month you're gonna replace him with Trey Watts?

For me, this isn't Trey Watts' training camp to make the St. Louis Rams roster two years in a row. It's an audition tape for potential future employers.