There’s St. Louis Rams’ news in here, so you should probably just click the link.

NFL’s Most Fascinating Players of 2015 |  NFL.com
The 2015 NFL campaign is going to be highly compelling, loaded with sizzling storylines. But which individual players drum up the most interest heading toward the season?
Top 10 NFL Defensive Coordinators |  NFL.com
The NFL seemingly has done everything in its power to legislate defensive football out of the game, but the top defensive coaches find a way to stop elite offenses with clever tactics and exceptional execution.  Does Rams’ DC Gregg Williams make the list?
32 of the NFL’s Most Underrated Players |  CBS Sports
With one player selected from each of the NFL’s 32 teams, who do you think Pete Prisco has identified as the Rams’ most "underrated" player heading into 2015?
Prisco Then Also Took a Dump On...
32 players who he feels are the most OVERRATED leading up to the season.  It’s evident, to me at least, that Prisco is a bit bummed by his 2013 "breakout" prediction, where he listed 20 players destined for a big year.  I remember this because I wrote this.
Pass Rush Profile: Aaron Donald |  Pro Football Focus
It’s easy to get excited by a rookie season and get a little carried away with what is only one season and not necessarily proof of a player’s consistent level of performance. However, when that rookie produces a season superior to the likes of Sheldon Richardson and J.J. Watt when they were rookies, that excitement is not unwarranted.

Rams fans, be sure and look on newsstands for Lindy's 2015 Pro Football Magazine. pic.twitter.com/ROJQD5hBnQ

On Thursday afternoon, three sets of attorneys will gather in the small chambers of St. Louis Circuit Judge Thomas Frawley to debate what is required of the city of St. Louis before public funding goes toward a new football stadium.

As the stadium turns: Who gets it? Oakland? Inglewood? Carson City? St. Louis? |  St. Louis American

This NFL offseason that we're experiencing is one of a kind. The next stadium update swings the pendulum in one direction. The fan base in one market can feel the excitement of a roller coaster going up a hill, while the fan base in a market competing for the same stadium feels their stomach drop like when a coaster plummets.

Austin Ready To Show Up in 2015 |  iSportsWeb
Tavon Austin is entering his third year in the league and one thing he is tired of, is people calling him a bust. In 2013 the St. Louis Rams traded up to the 8th pick in the draft to select Austin before the New York Jets could get their hands on him. His speed was just too good to pass up.
How Does Graham Change Things In the NFC West? |  ESPN
Each of ESPN NFL Nation’s NFC West writers fielded this question:

Rookie Preview - Rob Havenstein |  Ramblin’ Fan
It was no secret entering the 2015 draft that the St. Louis Rams needed help on the offensive line, and they needed it right away.
Rams’ 2015 Offseason Review |  Ramblin’ Fan
We may have entered the quiet time of the 2015 NFL offseason, but let’s not forget the Rams have been making moves.  Let’s have a recap...
FANTASY Fliers: St. Louis Rams |  Sports Quotient
Draft Rams players, really? Yes, really. 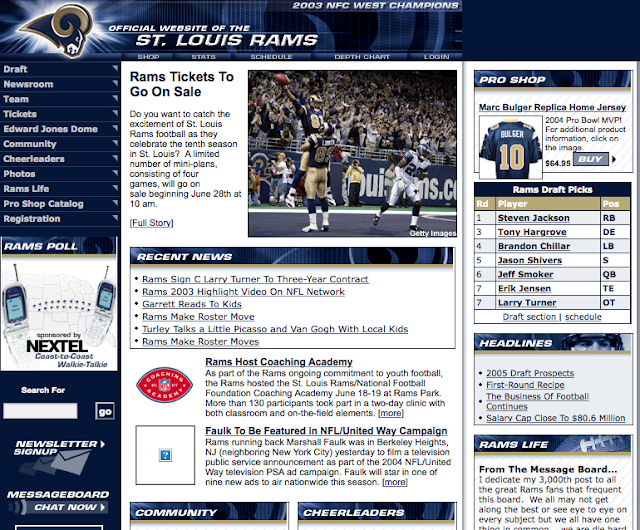 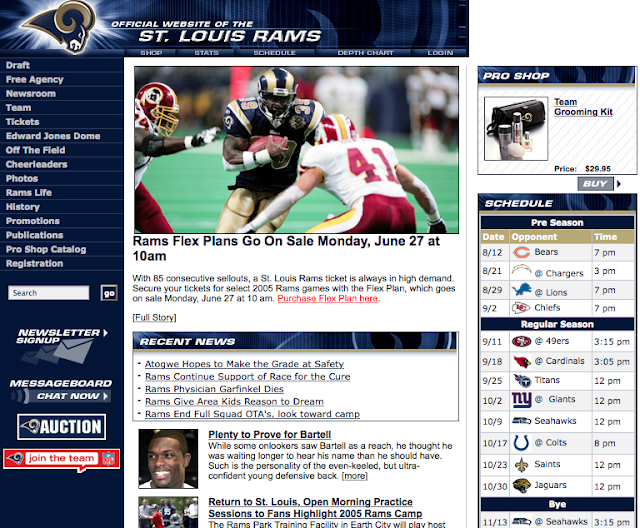 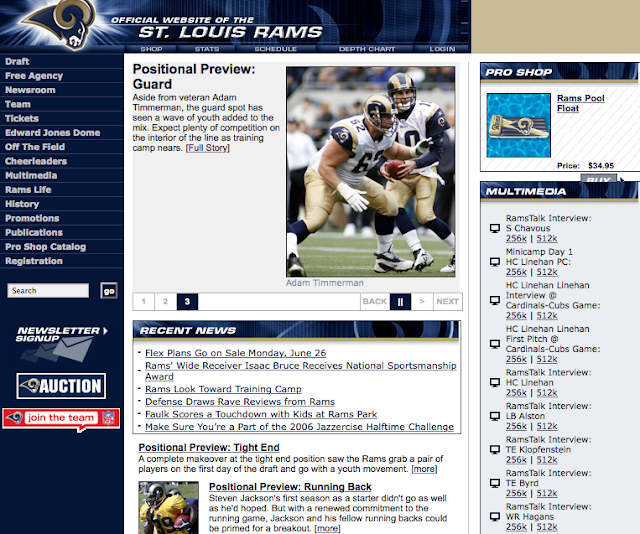