"Every man is the sole craftsman of his fortune…" - P.T. Barnum

Share All sharing options for: NFL Weekend: The Tao of Chip Kelly 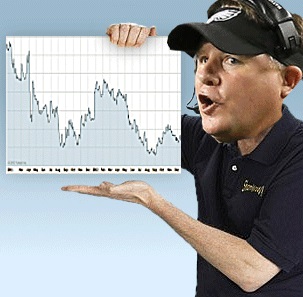 ...The sudden purge of talented veteran players by the Philadelphia Eagles caught every NFL fan by surprise. Then came the curious additions to offset the subtractions: LeSean McCoy is traded to Buffalo, and DeMarco Murray and Ryan Matthews are added thru free agency. Quarterback Nick Foles bops his way via trade to St. Louis for oft injured Sam Bradford. I could go on listing the moves by Eagles' head coach Chip Kelly, but you've see it all as its streamed in headlines across sports-pages. A life long NFL fan, I've never seen anything close to what's been going on in Philadelphia...

So is Chip Kelly a genius, or mad man?

What intrigues me most, is trying to glean just what he saw - or didn't see - in players most fans thought were pretty damn good? LeSean "Shady" McCoy is one of the elite running backs in the NFL. Why did Chip Kelly opt for Dallas' Murray and San Diego's Matthews; both of whom have had checkered injury histories? Linebacker Trent Cole - now with Indianapolis, and is going into his 11th NFL season - was a key component for a middle of the road defense in Philadelphia. While they added Kiko Alonzo from Buffalo in the McCoy trade, and the competition for linebacker spots looks decent, Alonzo is coming back from injury.  So Kelly shifted from a solid veteran "maybe", to a second year linebacker with potential/injury "maybe"?

"...Kelly gave a contract extension in between raving about the veteran’s leadership qualities. Kiko Alonso is the only return Kelly managed to acquire while parting with LeSean McCoy,Trent Cole, Todd Herremans, Evan Mathis and Cary Williams. Meanwhile, Kelly has commented on how much time Mychal Kendricks missed last year with a calf injury." - ESPN.com 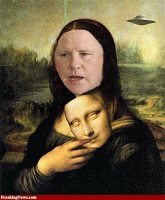 While the 49ers have lost loads of players this off season, it's nothing close to Philly. Players left San Francisco of their own accord. Not so in Philly, where Chip Kelly has made sweeping changes based on his view of what kind of team he wants to coach... He signed a 5 year/$32 million contract in 2013 with the Eagles after flirting with Cleveland. In his first year, his offense piled up big numbers. Averaging 417.2 yards per game put the Eagles just behind Denver and Peyton Manning for the most prolific offense in the NFL. Nick Foles finished with 27 TD passes, only 2 interception, and a league best 119.2 QB rating. A more balanced attack than most thought would happen, Kelly's offense generated 2,566 yards on the ground, and 4,110 in the air. That's 6,676 yards combined, folks!

Then, it happened... Kelly wanted more. After a front office shake up left Kelly with more overall control of team direction, players began to to be shipped out, in what came to look like a wholesale house cleaning. In 2013, wide receiver DeSean Jackson had a career best 1,332 receiving yards. He was quickly shuttled out of town after the season. The most interesting - and for me, down right puzzling move - was the trade of LeSean Mcoy to Buffalo. Over the last two seasons, McCoy's production was fantastic: 2,926 rushing yards/694 receiving, and 16 touchdowns. The stat that may be hardest to replace though, is his 179 first downs over the last two seasons... Lots of moves have happened for the Eagles, but these two kind of set an interesting stage for what followed.

I'm actually enjoying watching what Chip Kelly does. He's kicking over the conventional wisdom table. He's in one of the toughest NFL fan towns though. So many would think the Philadelphia fans would be on the verge of rioting in the streets, right? Not so fast. SBNation's Eagles blog - Bleeding Green Nation - has run a month to month job approval poll regarding Chip Kelly. Take a look at the numbers:

So, do you approve of the job Chip Kelly has done as the head coach of the Philadelphia Eagles?
Chip Kelly Approval Polls:

Interesting? Add in Kelly's signing Tim Tebow to the quarterback mix, and at times it seems he's going to great lengths to keep the Eagles' fan base guessing? The Philadelphia media - long known for being one of the toughest crowds around - has been held in check by Kelly... For now, anyway. I can't help but think the media hounds in Philly won't allow Kelly much leeway going into the 2015 season. If his great experiment falters even the slightest bit, they're going to pounce on him...

I like the idea of a head coach attacking his job in his own way. Kelly's gone at this with his hair on fire, and foot mashing the gas pedal to the floor. "Great experiments" in the NFL are fairly rare. Conventional wisdom, and conservative moves are the standard for the most part. I'm rooting for Kelly to succeed, simply because he's created an air of unknown possibilities. Will he? I don't know, but it's going to be the biggest story line in the NFL for 2015. Now, let's sit back and watch...