Can St. Louis Afford To Lose the Rams? |  Sports Illustrated

It’s hard to say when this story begins. Maybe it was in 2012, when the city of Los Angeles approved AEG’s plan to build an NFL stadium in its downtown neighborhood. Or maybe it was in January 2014, when Rams owner Stan Kroenke purchased a sizeable piece of land in nearby Inglewood, Calif. The story was brewing before then, though, as St. Louis’s NFL team racked up losing season after losing season in an outmoded stadium.

If the Rams Head to LA, They Need a Quarterback |  St. Louis Post-Dispatch

I have no idea where the Rams will be playing their home games in 2016. Whether Stan Kroenke's California dreaming is fulfilled remains to be seen, but the situation on the ground in St. Louis is awkward.

Today we continue our series of 10 for No. 10, a look at 10 players who could be in the mix for the St. Louis Rams with the 10th overall selection.

In the 2014 NFL Draft, the St. Louis Rams did something that not a lot of teams do, especially when drafting in the top 15. They drafted the best player available rather than draft purely on need. In return they got defensive rookie of the year Aaron Donald.

Now that the dust has settled on free agency, it's time to re-evaluate everything. See how our Around The NFL writers rank teams within each division.

Tired of seeing Jameis Winston ranked as the draft’s best quarterback?  So is Mike Mayock.  At least that’s what he’s [all of a sudden] saying a few weeks before the draft occurs.

The 2011 Collective Bargaining Agreement's adoption of a rookie wage scale changed the way rookies are compensated, especially at the top of the NFL Draft. All deals for draft choices are four years. These contracts can't be renegotiated until the conclusion of a player's third regular season. This means players selected in the 2012 NFL Draft are eligible to sign new deals.

A highly respected NFL personnel man was mentally thumbing through Marcus Mariota comparisons this week when he found what seemed to be an appropriate box for the Oregon star:  Aaron Rodgers.

2015 NFL Draft Preview - Brandon Scherff |  National Football Post
NFP covers the draft’s best tackle prospect, noting his college career, the pros and cons of his game, and his best fit in the NFL. 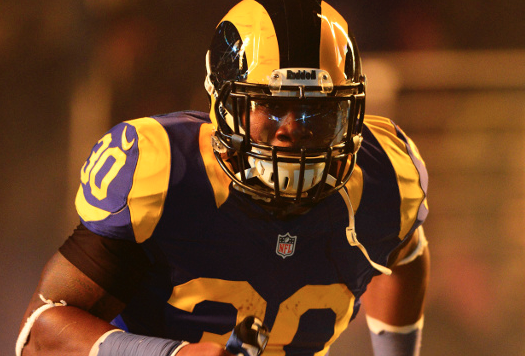