Random Ramsdom: The Undercurrents of Doom

The Raiders get a new stadium, Garrette Blount gets suspended and Georgia RB Todd Gurley is a hot/not hot item. A lot of movement around the NFL...let's go!

Share All sharing options for: Random Ramsdom: The Undercurrents of Doom 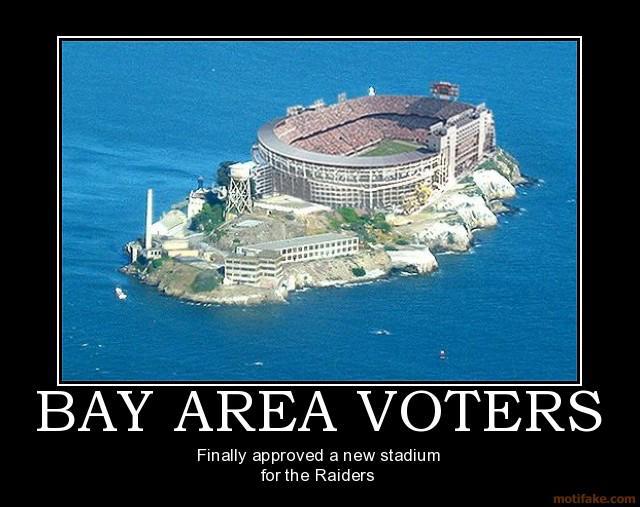 OT Joe Barksdale, as reported by TST here is set to visit Nashville, but since then, utter silence. For the Ramned faithful that yearn for his return, there is still hope.

Three projected mid-rounders, who just may end up being NFL stars. Caution! One is a running back and one is a defensive tackle!

LeSean McCoy is not impressed with Chip Kelly -SN

I don't think he likes or respects the stars. I'm being honest," McCoy told The Philadelphia Inquirer on Monday. "I think he likes the fact that it's 'Chip Kelly and the Eagles.

A close look at the NFC East -NFL

Has the reign of Dallas ended? Will Chip Kelly's massive restructure bear fruit? Are the Redskins and Giants back in the hunt? Chris Wesseling takes a look at the most active division in post season.

Not that anyone ever posts "Worst of" lists on the internet. That would just be crazy.

[Yahoo Sports: Yahoo!] - Aaron Hernandez yuks it up as jury deliberates on his fate down the hall (Yahoo Sports) http://t.co/Vvh5lwMok1

New England Patriots running back LeGarrette Blount has been suspended without pay for the 2015 regular-season opener, an NFL spokesman said Tuesday. Blount's suspension is for a violation of the NFL's substance abuse policy.

Where will Georgia RB Todd Gurley land? And will he become the steal of the 2015 class? -Yahoo

Gurley would be projected higher if he didn't tear his ACL last November, a crucial caveat for those in the market for his services. But there's another shadow on his position that probably shouldn't be there: the idea that running backs aren't as valuable anymore.

On a side note, I just found out that the possessive tense of dumbass is not officially defined. Thoughts?

It's clickbait, but the subject is, "Best looking NFL Cheerleader squads. Yeah.

For some reason, this one seems real appropriate as a theme song today...