Here's who's getting the Rams-Vikings game on Sunday. 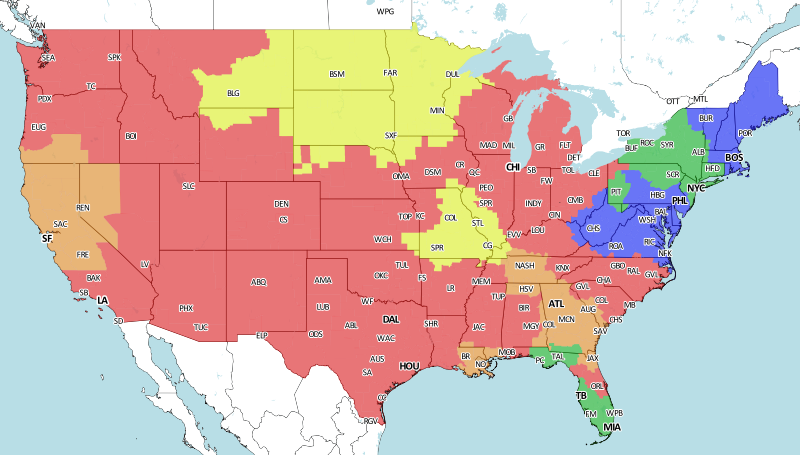 The St. Louis Rams will take on the Minnesota Vikings on FOX Sunday in a pivotal Week 9 clash to be distributed per the map above via 506Sports (full hi-res photo here).

CBS has a foursome early with the Jaguars at the Jets, the Dolphins at the Bills, the Titans at the Saints and the Raiders at the Steelers which will blanket most of the country. CBS also gets the late game doubleheader with the Broncos headed to Indy to take on the Colts.

As for the Rams and the early FOX map, here's the color codes:

So the Rams cover Missouri minus the Kansas City market while picking up patches of Kansas, Iowa, Illinois, Kentucky, Tennessee, Arkansas and the tiniest northeastern corner of Oklahoma.

The Vikings coverage grabs all of Minnesota and the Dakotas with slivers of Montana, Wyoming, Nebraska, Iowa, Wisconsin and Upper Michigan (holler at me Mackinac Rams fans).

The map, as always, is subject to change.