Good morning - and Happy Thanksgiving - St. Louis Rams’ fans!  I hope this morning finds you well.  Hopefully it’s a day you get to spend with your loved ones, watching football, reminiscing, having fun, eating to no end...and just being safe.

Amongst the things I’m thankful for - like family, friends, and health - is the camaraderie I have with the good folks here at Turf Show Times.  THANK YOU all for making this the greatest Rams’ blog on turf Earth.  Here’s to hoping you all have an enjoyable Turkey Day.  Cheers!

Stedman Out of Surgery |  ESPN

St. Louis Rams third-year wide receiver Stedman Bailey is out of surgery and resting in the intensive care unit after being shot in a car in Florida.

Case Keenum returned to St. Louis Rams practice on a limited basis after missing one workout because of a concussion.

Wednesday was a tough day around Rams Park, as news of the incident surrounding Stedman Bailey came down late last night and continued to spread to the wide receiver’s teammates in the early morning. Fortunately, head coach Jeff Fisher was able to provide positive news on Bailey’s condition following the conclusion of Wednesday’s practice.

Reynolds: "Case said ‘I need a Minute’ and Then Was Alright |  St. Louis Post-Dispatch

Rams offensive lineman Garrett Reynolds makes it a point to help teammates during times of need. Sometimes it’s helping up a running back who went down in a pile.

Baltimore Ravens coach John Harbaugh said Wednesday that he never insinuated that the St. Louis Rams were a "dirty" team.

The St. Louis Rams (4-6) will travel to Ohio to take on the Cincinnati Bengals (8-2). Given the Bengals’ 4-1 home record this season, it’s a seemingly impossible hurdle for St. Louis to conquer.

Longacre Making the Most of Opportunities |  St. Louis Post-Dispatch

For just a few seconds, Rams rookie defensive end Matt Longacre could only imagine the worst.

Trace Rams’ Offensive Struggles to Failures In the Draft |  101 Sports

When the Rams travel to Cincinnati on Sunday, they’ll unpack an offense that ranks 31st in the NFL in total yards per game, 32nd in the league in passing yards per contest, and 31st in points per game.

But if Rams are still in St. Louis, they would have to work out lease agreement with CVC for lost home game.

Nearly four years ago, the Rams announced that they would play one game per year over three years in London.  Now the Rams are scheduled to play another game in London.

Four stalwarts of the Rams’ Greatest Show on Turf teams are among 25 semifinalists for the Pro Football Hall of Fame Class of 2016.

As a prelude to the Thanksgiving holiday, the St. Louis Rams partnered with Feed the Children, St. Louis Dream Center and Fazoli’s, to distribute food, toiletries and winter coats to more than 800 military and civilian families in need through "Homefront Harvest Feeding St. Louis."

How Replay Is Hurting the NFL | Yahoo! Sports

The clamor for making more plays reviewable by replay is constant. Every offseason, the topic is near the top of the agenda for the NFL competition committee. Should pass interference be reviewable? How about holding?

The Thanksgiving slate of NFL games is oozing with gravy, I mean, juicy storylines -- Tony Romo is trying to keep the miracle alive for the Cowboys against a Panthers team looking to stay unbeaten. The Lions are attempting to win their third in a row. The Bears are hoping to stay alive in the NFC wild-card hunt against the Packers, their ancient rivals, on a night that'll feature Brett Favre's jersey retirement ceremony at Lambeau Field. 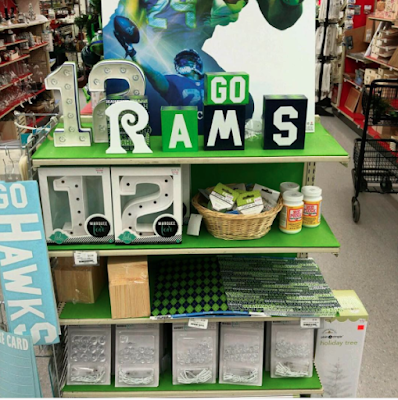