Are you getting the Rams-49ers game broadcast on TV? 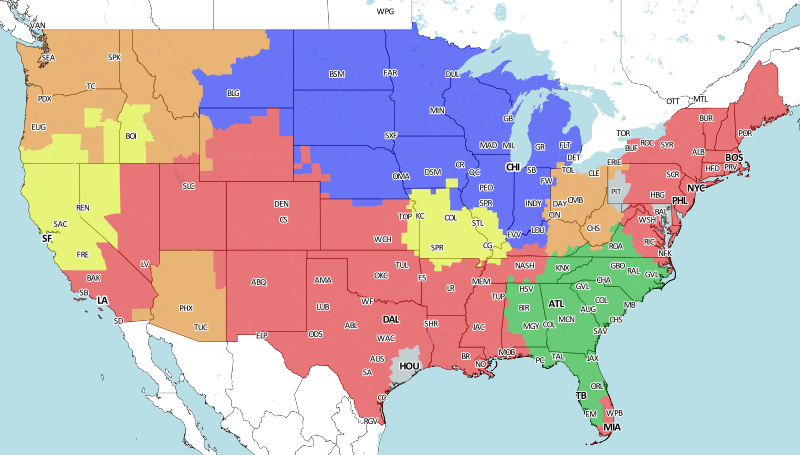 The St. Louis Rams are back on FOX this weekend to take on the San Francisco with the above map via 506Sports (full hi-res photo here).

Yet again, we've got a London game opening the Sunday action early. This week, it's Lions-Chiefs. FOX also has the late game with the Seahawks in Dallas to take on the Cowboys, airing (almost entirely) nationally.

So for your noon map, here's the color codes:

With the Chiefs playing early, the Rams carry most of Missouri along with most of southern Illinois. Spillover areas include western Kentucky, northwestern Tennessee, northern Arkansas, eastern Kansas and the Withers corn farm in Iowa

As for the Niners' market, they carry NorCal with western Nevada, southern Oregon and Boise, Idaho.

As always, broadcast market assignments are subject to change.