Good Sunday morning, St. Louis Rams’ fans!  The Rams are on a bye this weekend, but there’s still plenty of good football to be had.  What do you have in store for Sunday?

NFC West football, despite the absence of your favorite squad, looks pretty appealing today.  The Cardinals have a tough road test against the Steelers, despite being without Big Ben.  The Seahawks host one of the five remaining undefeated-s in the Carolina Panthers.  And it could be lights out on the 2015 season for either the Ravens or 49ers, one of whom will be sitting at 1-5 after today’s game.

Which game are you most interested in watching today? 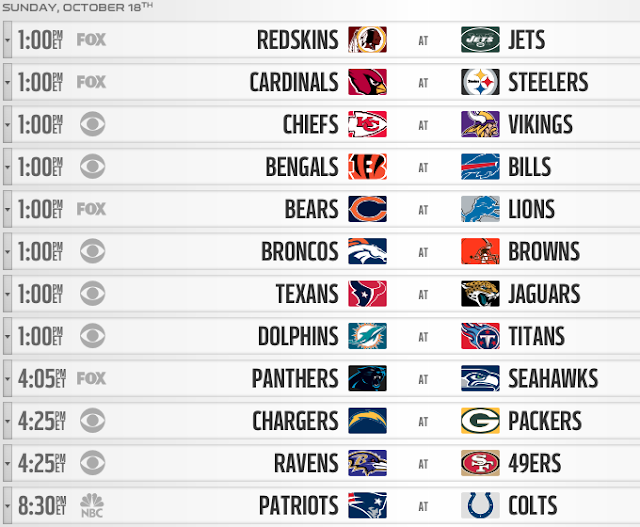 If you were going to invite some buddies over to watch the game at your house today, what would be your go-to football snack?  That snack that you enjoy the most, and ones that’ll leave your friends talking about your culinary expertise?

Is it some loaded nachos?  Buffalo wings?  Sliders?  Maybe a dip of some sort?  Who doesn’t like meatballs?  Pigs in a blanket?  Yes please!  Do you make beautiful displays of cheese and charcuterie.

It’s hard not to have seen a commercial for FanDuel or DraftKings at some point while watching football...or any other program for that matter.  You might’ve also heard that these sites got in a bit of hot water after a couple of their employees saw six-figure paydays while playing online themselves.

For those who don’t know, DFS allows folks to play fantasy sports on a daily [weekly in football’s case] basis.  If you don’t want to commit to a fantasy football league that’ll require your attention for at least 12 weeks [prior to the fantasy playoffs], you can just set your lineups on a weekly basis with no commitment to return the following week.  You can also make a few bucks doing it.

Do you play regular fantasy football in a league?  Do you play DFS?  Is it gambling?  Do you care?

that Michigan could lose this game.  With 5 seconds left, and a 99.8% chance of winning, the Wolverines let the near impossible happen.  Did you see this?

Admit it. You hate Jeff Fisher’s pressers.  Imagine if he kept it 100 like Mike Ditka