The 2014 NFL regular season begins this week. That means it's time for another year of picking weekly winners...with Dubs' Pigskin Picks!

The 2014 NFL regular season begins on Thursday, September 4, with the defending Super Bowl champion Seattle Seahawks hosting the Green Bay Packers. On Sunday, the Rams open their regular season at home, against Adrian Peterson and the Minnesota Vikings.

This week also marks the return of "Dubs' Pigskin Picks and Rams Preview". I'll be predicting the winners - both straight-up and against the spread - for all 256 NFL regular season games. Plus I'll be previewing each Rams game during the season. As an added feature, "Hot Picks Against The Spread" returns for another season. Each week, three games will be highlighted as the best bets for winning against the spread.

Pickwatch is a site devoted to tracking weekly picks results from NFL experts, analysts, media types, and pundits (link). Last year, they tracked 83 experts on a weekly basis. I'll be competing against them again his year, and will publish the weekly results!

The accompanying chart presents the 2013 straight-up, against the spread, and over/under records for all 32 NFL teams: 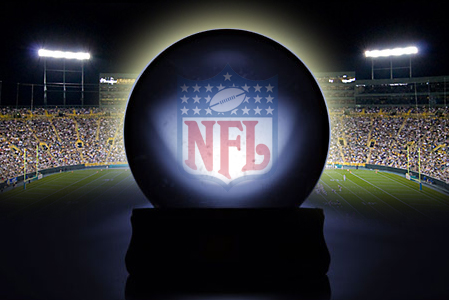 The accompanying chart presents the format - and my selections - for each game this week: home team - away team - the spread - straight-up winner - which team covers/beats the spread - and the outcome of the game:

Hot Picks Against The Spread

New England over Miami - The Patriots' offense should benefit from the WR's having a year together with QB Tom Brady. The additions of Darrelle Revis and Brandon Browner to New England's secondary should pay big dividends.

Philadelphia over Jacksonville - The Jaguars will improve this season. It won't be enough against Chip Kelly's powerhouse Eagles offense.

Pittsburgh over Cleveland - Can the Browns' offense overcome the loss of WR Josh Gordon for the season? The Steelers finished 2013 on a three-game winning streak, and look to improve on last years 8-8 record.

The Vikings are looking to rebound from a disappointing 5-10-1 record last season. They fell victim to inconsistency on both sides of the ball, one of the worst defenses in the NFL, and a quarterback carousel. Matt Cassel is now entrenched as the Vikings' starting QB, Mike Zimmer replaced Leslie Frazier as the head coach, and the defense underwent a partial makeover in the offseason. How will the Vikings respond to the changes?

Keys For The Rams Vs. Minnesota

I took a look at the Rams' "Keys To A Winning Season" in an article for TST earlier this week (link).