With several key starters returning, Saturday's contest against the Browns may offer the most relevant results concerning the state of the team with just more than two weeks ahead of the season opener.

Johnny Football. Against the Rams.

Something tells me this is going to be worth watching.

For game-related info, check out the SBN page for the game. For Browns news leading up the game, check out Dawgs By Nature.

Well this should be interesting. The Browns are coming off of a woeful passing performance against the Redskins in which starting QB Brian Hoyer and little known backup Johnny Manziel combined to go 9/22 for 81 yards... Hoyer, who was named the starter going forward by Head Coach Mike Pettine on Wednesday, was 2/6 for 16 yards. Normally, that kind of performance doesn't earn you the starting job, but football in Cleveland is a hard thing for outsiders to understand. Nonetheless, the Browns still have assets. Josh Gordon is still playing because...well, I don't know why. It's been 18 days since the appeal hearing concluded regarding his one-year suspension a full four months after the initial news broke. Again, football in Cleveland. Still, the Browns have Gordon and Miles Austin at the top of the depth chart, which is threatening enough. Of course with cuts coming, this game will be crucial for the second half performers.

That being said, while it will be nice to see Janoris Jenkins back on the field to get reps with cornerback comrades Trumaine Johnson and Lamarcus Joyner, it will be more important to wade through the options behind them on the depth chart. Brandon McGee, E.J. Gaines, Marcus Roberson, Greg Reid and Darren Woodard all figure to feature heavily.

After the Rams' performance against the Packers' rushing offense that saw the top 3 running backs for Green Bay run the ball 16 times for 66 yards, it would be nice to see the Rams' run defense stiffen up a bit. The good thing for the Rams is that the Browns don't have the most impressive backfield. They ranked 27th in run yards per game last year with Willis McGahee at the helm, but he's in free agent limbo as the Browns have brought in Ben Tate to take the helm. They also spent a third rounder on Terrance West and added UDFA Isaiah Crowell to go with former Ram Chris Ogbonnaya and Dion Lewis. So there's talent there, but they've got to prove it.

Meanwhile, the Rams might be bringing James Laurinaitis back on Saturday for his first preseason action. That should help shore up things and allow Ray Ray Armstrong to slide back into reserve duties. Also keep an eye on Maurice Alexander who looked much improved last week. Of course much of the issues here were related to the line...

...so let's go there. Cleveland's got nice pieces in LT Joe Thomas and C Alex Mack. The right side, manned by former ram G John Greco and RT Mitchell Schwartz, isn't as talented. Throw in rookie LG Joel Bitonio and the Browns may have a reliable line to get them through 2014. That means a good test for the starters who struggled to establish a pass rush last week and stand up against the run.

Put bluntly, there's no reason a combination of Robert Quinn, Chris Long and Aaron Donald shouldn't be able to get pressure on dropbacks. That was the case on the handful of plays Aaron Rodgers wasn't rifling off quick passes under the cushion of death en route to the 10 points he led the Packers to in the two series he played last weekend. With Michael Brockers a possible returnee, this line should show us something closer to the 2013 form they were lauded for...and the 2014 expectations we all hold for this unit. Beyond the starters though, it's another chance for Ethan Westbrooks and Michael Sam to keep up their impressive preseason form.

Sam Bradford returned to the Rams' lineup last week and none too soon. Shockingly, we actually saw some deep passes to boot. Not going all in here, but it would be nice if this was a sign of things to come...not just from Bradford, but on the behalf of Brian Schottenheimer and the targets themselves, including Brian Quick who hauled turned his reception into a 41-yard gain that saw Quick pick up 30 yards after the reception and drew a PI call that put the Rams in the red zone (which resulted in a touchdown, the Rams only points of the game).

On the other side, the Browns have one of the best secondaries in the league led by their cornerback depth. Joe Haden's one of the best in the league, and the Browns spent their first 2014 NFL Draft pick on Oklahoma St. product Justin Gilbert. Already the 8th best defense in passing yards per game allowed, this is a unit I wouldn't want to face often.

This is the more favorable matchup. The Rams are stocked with a solid RB corps, though they didn't get much help against the Pack. Zac Stacy was consistently met in the backfield before he even had an opportunity to get to the second level finishing with 6 yards on as many carries. Tre Mason similarly fought a nearly impossible battle, but did peel off an impressive 11-yard run at one point. The bottom line though is that 30 yards on 12 carries is not going to be an acceptable rate in the regular season.

Cleveland, for their part, is hoping for improved play from their run defense in 2014. The only newcomer in their front seven is former Arizona Cardinal Karlos Dansby. We'll have to see how they rotate through, but it's not a top tier group. The depth here is solid though, so things may get tougher for the Rams as the game goes on.

This, along with the pass rush, is an area the Rams need to get back to 2013 with. Last week, the run blocking was anti-elite (all things football should be able to be discussed by degrees of "elite"ness) and the pass blocking was sub-elite (see?). The return of Jake Long continues the theme of returnees this week though, which not only bodes well for the Rams as a whole but for Greg Robinson who'll be playing alongside him come week one. So too returns Rodger Saffold meaning the starting unit is finally intact...for now. Cross your fingers, knock on wood, slap a crow...well I made up the last one, but do whatever you do to keep Jake & Rodger healthy.

Cleveland's three-man line isn't the easiest to handle thanks largely to NT Phil Taylor, but the ends aren't terribly disruptive. The combinations of Desmond Bryant, Ahtyba Rubin and Billy Winn aren't terrible, but I wouldn't be surprised if the Browns address that unit in the '15 draft. Still, this is a good opportunity for them to try some things out especially in the second half when both teams will be making the final assessments of several players ahead of next week's cuts.

This week's top 3 storylines brought to you by the Simpsons Marathon on FXX which is as good a use of TV as anything else ever: 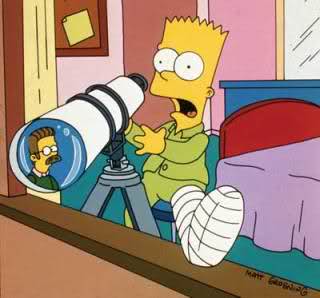 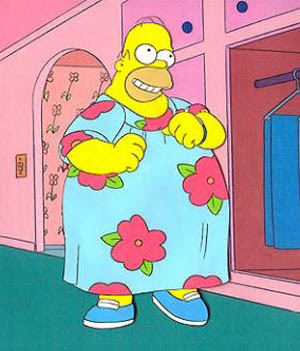 Be big, play big. Win in the trenches. Muumuu optional. 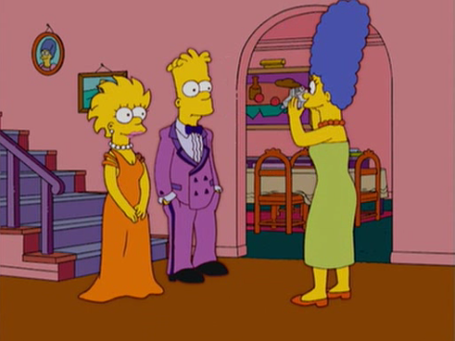 The more time Greg Robinson, Aaron Donald, Lamarcus Joyner, Tre Mason, Maurice Alexander and all the other first-year Rams get? The better. After Saturday, there's only one more warm yup before the game counts....