The Rams waived RB Isaiah Pead on Wednesday. WAIVER WATCH is on! Also, the Rams are the least valuable team in the NFL. To top it all off...they suck!

If any of the 31 teams not in St. Louis want to stash running back Isaiah Pead on their roster while he recovers from a torn ACL, they’ll have their chance.

A year ago, the St. Louis Rams made the largest gains in Forbes' annual rankings of the NFL's most valuable franchises. In the newest version of those rankings, the Rams are worth more than they were a year ago but were surpassed by the rest of the league in total value.

Outside of the loss of reserve running back Isaiah Pead, the Rams have been steadily preparing for the start of the season without many bumps in the road.

The Rams’ young offense is brimming with potential.  There are several names that pop up when thinking about those primed for a "breakout" 2014 season.  He may not be the first name that comes to mind, but maybe he should.  Lance Kendricks could be in for a big season.

This read covers five ways the Rams can pay tribute to the events in Ferguson, as well as the outlook - and win/loss prediction - from TST’s own Ryan Van Bibber.

Just in time for a trip to his hometown of Cleveland, it looks like Rodger Saffold is ready to play for the Rams.  Saffold suffered a "stinger" in his left shoulder just before the team’s FanFest on Aug. 2 at the Edward Jones Dome.
NFL Asking Super Bowl Halftime Acts to Pay |  CBS Sports

If the NFL has its way, fans won't be the only ones paying to attend the Super Bowl in February. According to the Wall Street Journal, the league is asking performers to pay for the right to be the halftime act at Super Bowl XLIV in Arizona. 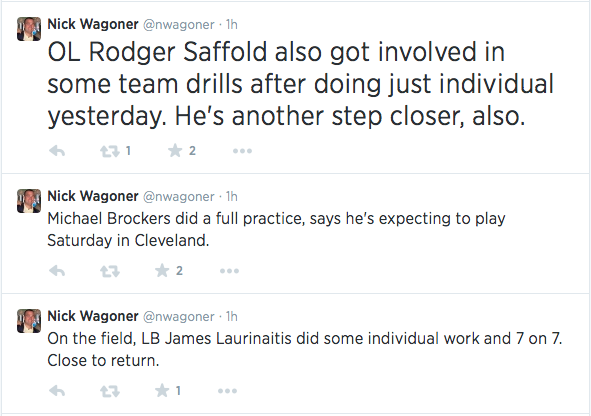 "MAN OF THE HOUR: The defense Jeff Fisher has built in St. Louis is impressive. Whether the Rams can jump into contention will fall onto the arm of Bradford."
Five Reasons To Be Confident. Five To Be Concerned | Pro Football Focus

The St. Louis Rams begin their third year under head coach Jeff Fisher in the strongest division in football. The Rams finished the year 7-9, with highs and lows along the way. Three of their wins came 10+ wins teams Indianapolis, New Orleans and Arizona to highlight their potential, but with a 1-5 NFC West divisional record they need to up their game if they want to make the postseason.
Evaluating the Rams’ Roster |  St. Louis Rams’ Official Site

Training camp coming to an end today means the first round of cuts aren’t far away. In fact, the roster will have to reduce from 90 to 75 by 3 p.m. CT on Tuesday. With plenty of practices and two preseason games under their belts, players have just a few more opportunities to make sure they’re making a good impression with every rep.
Learn How To Use The JUGS With Brian Quick |  St. Louis Rams’ Official Site

Want to see Brian Quick catch a lot of footballs in a very short amount of time?  Sure you do!  Watch this video where he snags a few, and then teaches Rams’ reporter Casey Phillips the technique.
NFL Preseason Power Rankings |  Sporting News

It’s the time when every NFL team has the same goal; they all just want to get to the Super Bowl. While the Seahawks will begin the season on the pole, they know it will be hard to stay on a Super-winning roll.
NFL Preseason Week 2 QB Rankings |  Cover 32 Rams

After his absence for the Rams’ first preseason game, the Cover 32 staff ranked Sam Bradford as the NFL’s 25th best signal-caller.  After an impressive debut in Week 2, he’s on the move!  Follow each week, as the folks from Cover 32 adjust their rankings...all the way up to the Super Bowl.
Rams’ Defense Has A Tough Test in Cleveland |  Cover 32 Rams

While individual performances and battles for position generally makeup preseason narratives, the Rams have flashed one or two inconsistencies on an entire unit basis in their first two preseason games that they’ll want to quickly correct leading up to the first week of the regular season.
Ten Things to Watch for In Preseason Week 3 |  Football Nation

There were quite a few folks who were interested in the Rams drafting Johnny Manziel in the 2014 draft.  Apologies.  And while you won’t get to see him for 16 games, try to find solace in seeing him on the field this weekend, as the Rams head to Cleveland to take on the Brian Hoyer-lead Browns.  Also, this... 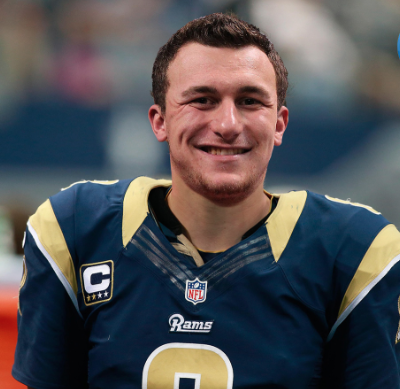 Five Rams To Watch In Preseason Week 3 | Rant Sports
Week 3 of the preseason will showcase most NFL team's starting units for at least three quarters, giving fans and coaches alike the first real chance to see what the regular season has in store for 2014. Most of the St. Louis Rams' roster spots are already accounted for, but there are still a few players in position battles that will be interesting to follow.  Here's a look at five players to keep an eye on during Rams vs. Browns on Saturday.
Five Rams Who Could Make the Pro Bowl in 2014 |  Rant Sports

The St. Louis Rams head into the 2014 NFL season as a dark horse candidate to make the playoffs, but they need big showings from their top players to get it done. Everyone knows St. Louis for the defense, but the Rams have some solid players in their offense as well who could stand out this season.  Here's a look at five Rams who could make the Pro Bowl in 2014.