Around the league, things great and small are happening. Holdouts, smack talk and scripted "Yay for us!" interviews. The Rams camp is cruising along smooth as silk...too smooth? 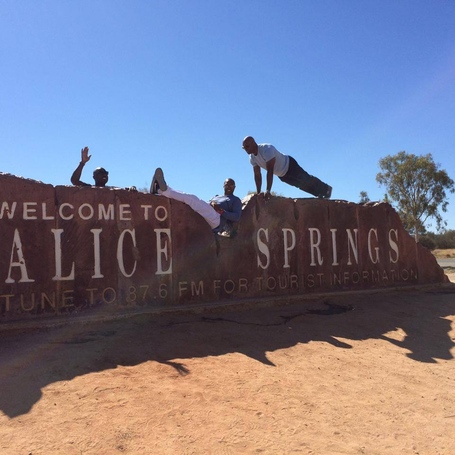 Big plays abound on both sides of the line as training camp gets serious. Even obscure players seem to be making plays-

Undrafted free agent running back continues to impress with the third-team offense. Today marked the second time he made it through the line of scrimmage untouched and into the secondary.

Making it through that D-line unscathed (presumably also third team) is no mean feat.

That buzzing you hear is the smack talk coming out of Arizona... -PFT

Patrick Peterson is calling out the entire NFC West.

The Washington [expletive deleted]'s general manager Bruce Allen wanted to keep RGIII off the field a bit longer...and not for the reasons you may think...

One man who really stood out @STLouisRams camp today: Kenny Britt. Dude brings much energy with his potential for big plays.

Marshawn Lynch continues to hold out -The Seattle Times

$405,000 is the eye-watering amount that he already could be fined for his holdout. Much more is potentially on the way, if he continues. The 'Hawks say they can do it without him, of course, but can they?

A quick overview of the 49ers camp -ESPN

Not a lot of info there, but a few names to keep an eye on.

Steven Jackson expected to be ready for week one -NFL

Unfortunately, injuries are all ready starting to pile up around the league. This link will get you up to date on all of them.

According to a report Tuesday in the San Antonio Express-News, Raiders owner Mark Davis and "two top lieutenants" recently met with city officials to discuss a potential move.

Davis on Tuesday confirmed through the team that he sat down with civic leadership.

What not to buy me for Christmas -Rams Fans Shop

And, naturally, we must have a theme song for today...