The St. Louis Rams have begun their OTA’s, Sam Bradford is expected to be ready for Week 1 of the regular season, and Jeff Fisher provides his two cents on the rookies and expectations for the team.

In the months leading up to the NFL draft, St. Louis Rams decision-makers Les Snead and Jeff Fisher had repeatedly made it clear the team intended to select a quarterback. They did just that...and Garrett Gilbert is making the the most of his opportunity.

Colin Kaepernick and the San Francisco 49ers have agreed to a contract extension through the 2020 season, according to reports. Per NFL.com's Ian Rapoport, the deal is worth $126 million with $61 million guaranteed. That $61 million is the most ever guaranteed in an NFL contract.

Most Intriguing Player for Each NFL Team:  CBS Sports

So, perhaps inspired by those Dos Equis commercials, Jason La Canfora started thinking about the most intriguing guy for each NFL franchise. Not quite the world's most dangerous man, to be certain, but individuals whose production in 2014 could have a direct impact on team fortunes this coming season. I'm not looking for MVP candidates or the most important player; it's a little more nuanced than that. These are guys who fill a particular void or have a particular situation that makes me pay particular attention to them.

FO’s Vince Verhei provides insight into each NFC West team’s "biggest hole" and notes some of the notable undrafted free agent signings.  The "biggest hole" could be the need for a WR1...but it’s not.

Recently, Bleacher Report writer, Matt Miller, posted his view of the leagues running backs in his article, ‘Power Ranking NFL RB Depth Charts’. The rankings attempt to decide "which team has the most talent at the position" and "which team has the game’s best depth chart at running back?" With a near-1,000 yard rusher and arguably the top running back prospect in the 2014 class manning the Rams backfield, one would suspect that the St. Louis depth chart would project nicely into the upper-tier of the rankings. So, where did they finish?

The Detroit Lions and New England Patriots ranked third and 10th, respectively, in passing yards in 2013. The numbers beyond the numbers show they should have been even more productive.

...it’s an article featuring two of the NFL’s most potent aerial attacks, and their struggles holding onto the football.  If they cared to add a third team...well...I think you know where I’m headed with this one. 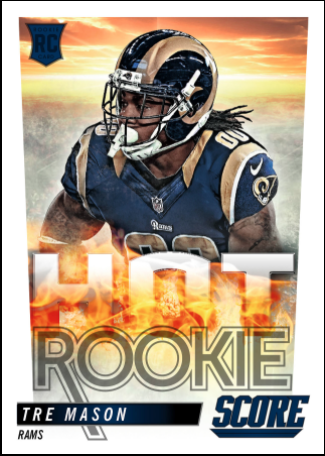 On Dec. 24, 1994, the Raiders and Rams both played their last games in L.A. The stars were out—from Marcus Allen and Jerome Bettis to Whoopi Goldberg and Kelsey Grammer—as were fans desperate to hold on. But while a sense of finality hovered in the air, no one thought the void would last two decades and counting...

In case you missed it, there was plenty of action to see on Tuesday; Day 1 of the Rams’ Organized Team Activities.  Sam Bradford’s running around, rookies are putting in work, Kenny Britt shows off his...midriff.

The St. Louis Rams made the steal of the NFL Draft in Michael Sam. Sam may be the most scrutinized rookie in NFL history due to his sexual orientation, and will have the opportunity to shift the focus to his on-field play as soon as the season begins.

The pressure is on Sam Bradford. The St. Louis Rams showed good faith in the quarterback and opted not to draft a quarterback when they could have grabbed players like Johnny Manziel or Blake Bortles. Instead, the Rams backed up their statement that Bradford is their franchise quarterback, at least for one more season. As the quarterback continues to rehab his torn ACL, do the Rams make a move for insurance?

Rams Rookies with Best Chance of Winning Rookie of the Year:  Ramblin’ Fan

Last season when the Rams drafted Tavon Austin and Alec Ogletree in the first round, some people thought that the Rams may have a good chance of having both the offensive and defensive rookie of the year.

Marcus Roberson refuses to let what happened — or didn’t happen — during last month’s NFL draft hold him back.

For a team with the youngest roster in the NFL, OTAs and training camp are where identities are forged for some future stars. The St. Louis Rams will likely claim that title for the third straight year in 2014, and there will be plenty of battles going on between established veterans and some underachieving youngsters alike. Here are five interesting positional wars to keep an eye on during OTAs and into training camp. 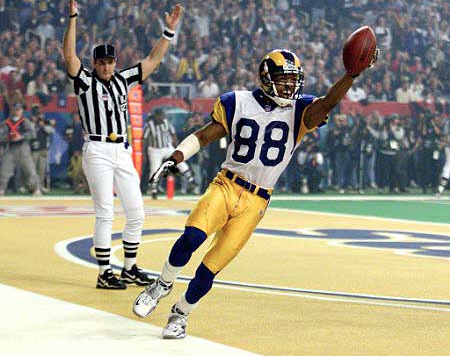