The Rams 2014 Draft Class is Signed

The St. Louis Rams have officially announced they’ve signed the entirety of their 2014 draft class....all at once.

Share All sharing options for: The Rams 2014 Draft Class is Signed

Before today, the Rams were the last team in the NFL to have not signed one of their picks.  They, obviously, were in no hurry.  Quite honestly, they seem to enjoy doing it this way.

The Rams’ official website has a slideshow of pics [but not many at this time] for your viewing pleasure.  Here’s the second of their first round selections, DT Aaron Donald.  Quite the multi-tasker. 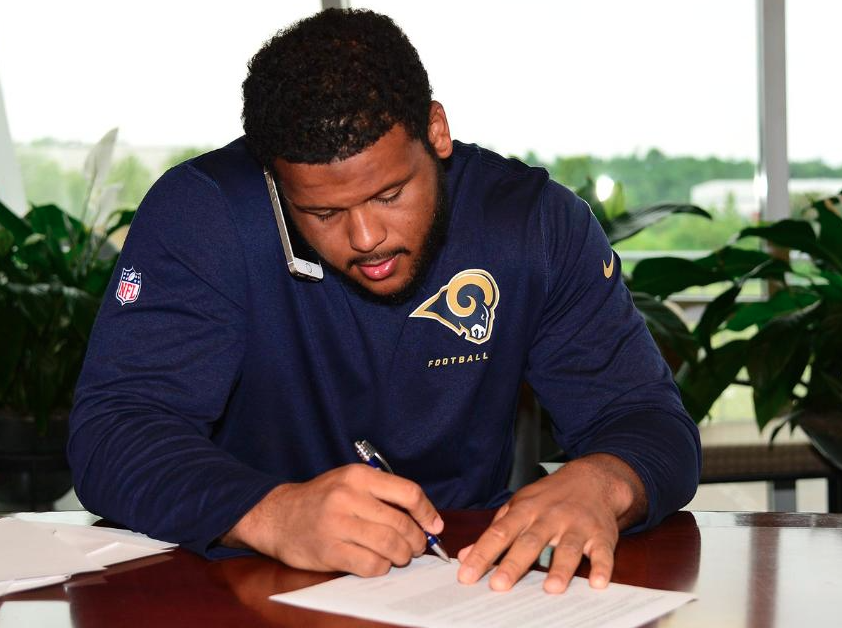 And the Rams’ first pick of the 2014 draft...offensive lineman Greg Robinson makes it official with the team’s senior assistant, Tony Pastoors...

After putting pen to paper, @GRob_92 and @tpastoors shake on it. pic.twitter.com/X2ySqehM5t

There aren’t currently [at least not publicly] details on the terms of each rookie’s deal.  We’ll have to wait and see.  Don’t be surprised if they throw in a palindrome or eleven though.