The 2014 NFL Draft has finally arrived! The Rams - with the Number 2 and Number 13 picks - will be right in the middle of the first round action. What surprises will the first round - and the Rams - bring this year?

It's been a long off-season, especially with the NFL draft pushed back two weeks. The interminable wait is almost over. The many of us who have grey hair, now have a few more. A couple of weeks ago, "Version One" of my mock draft was published (link). It was strictly my personal vision of what the Rams should try to accomplish on Draft Day, and who they should select. For this version, I dust off my crystal ball, and take my best shot at predicting what the Rams will actually do - and who they will select - in each round of this years NFL Draft.

There are 63 players currently on the Rams' roster. An examination of the roster - looking at both its present and future composition - highlights and identifies the Rams' positional needs (ranked in tiers) heading into the draft:

When looked at as units, the offensive line and secondary clearly have the most needs and depth issues. What a difference a year makes. At this time last year, the Rams had more holes in the roster - and depth issues - than they have at present. Heading into the draft last year, the Rams had only 51 players on the roster. Depth was tenuous at best. The Rams head into this years draft in a much stronger position than either of the last two years.

Last years draft was the second with the Rams organization for both Jeff Fisher and Les Snead. What can we learn about their tendencies and strategies from those drafts?

1. They are not afraid to take risks, in selecting players with perceived character issues. Janoris Jenkins may have been the riskiest pick in the entire 2012 draft. Alec Ogletree was considered a top-15 talent, who fell to Number 30 due to off-field issues. Both picks have worked out very well for the Rams.

2. The Rams have consummated four trade-downs - and two trade-ups - in the last two drafts combined. Fisher and Snead have exhibited a propensity for moving up and down the draft order. With 12 picks overall - and two first round selections - the Rams have a lot of ammunition for continuing the trend in this draft. The Rams are not afraid to use draft capital to go and "get their guy". They draft players, not positions.

3. The Rams don't shy away from selecting smaller-school players. This tendency was apparent in 2012, selecting players from Appalachian State (Brian Quick), Montana (Trumaine Johnson), Missouri Western St. (Greg Zuerlein), and Abilene Christian (Daryl Richardson). Conversely, all of the Rams' selections in the 2013 draft were from bigger schools/prominent conferences.

4. During the 2012 draft, the Rams committed to strengthening units of the team, by double-dipping at three positions: Running Back (Isaiah Pead and Daryl Richardson), Wide Receiver (Brian Quick and Chris Givens), and Cornerback (Janoris Jenkins and Trumaine Johnson). In the 2013 draft, the Rams repeated this strategy at the Wide Receiver position, selecting Tavon Austin and Stedman Bailey. Expect the Rams to double-dip again in this draft, with the secondary and offensive line as the likely targets.

5. Many of the Rams' draft selections have been fast, athletic players, with high ceilings/upside, and medium floors. Isaiah Pead, Michael Brockers, Janoris Jenkins, Brian Quick, Brandon McGee, and T.J. McDonald are the best examples of this type of player, chosen by the Rams in the past two drafts.

6. Of the 17 players selected by the Rams in the past two drafts, 6 of them played collegiate football in the Southeastern Conference. There is no discernible pattern in their 11 remaining draft picks.

Two years of draft history with the Rams is not enough to establish a pattern. Nor is there any guarantee Fisher and Snead will employ the same rationale again this year. Each years draft is different in composition and complexity. The past is not a reliable indicator of what will happen in the future. The tendencies noted are no more than hints regarding possible draft strategies.

As noted, the Rams - under Jeff Fisher and Les Snead - have been active traders in the draft. They've exhibited a propensity for moving both up and down in the draft order. Given the number of picks the Rams have this year - and the composition of the draft - it's reasonable to suggest the Rams will again be active traders. The accompanying chart presents trade predictions for the 2014 NFL Draft:

Tampa Bay will trade up with the Rams to select their franchise QB. The Glazer's - who own the Bucs - are very aggressive when it comes to making changes to improve their football team (link). Tampa Bay has a new GM - Jason Licht - and a new head coach - Lovie Smith - who were both hired in January, 2014. It's been reported the team is looking to trade QB Mike Glennon (link), and the Bucs have been long-rumoured as a team looking to select a QB in this draft. The Rams and Bucs have not been linked as potential trade partners - until Tuesday - in this draft, nor has Tampa Bay given any indication of their willingness to move up in the draft order. All the more reason to suspect this trade could come to fruition.

"There’s chatter in league circles that the Buccaneers could end up being the team that moves up to No. 2 from No. 7."

The accompanying chart presents predictions of the Rams' selections in the 2014 NFL Draft, taking into account the above-mentioned draft tendencies:

Rationale For The Rams' Predicted Selections

Jake Matthews - Matthews will be the likely BPA at Number 7. His versatility - and ability to play across the line - is a feature the Rams covet. The bloodlines, and Fisher's history with the family, cannot be ignored. Fisher values long-term relationships. The Rams spent considerable time with Matthews throughout the draft process.

"The Rams want to move down to take Jake Matthews, according to league media sources. This is pretty much a combination of two recycled stories; league media sources tend to reycle other reports and take all the credit when possible. This is a legit scoop steal though; St. Louis would love to move down, and Jim Thomas already noted Matthews to be a prospect of interest."

Justin Gilbert - Kyle Fuller and Darqueze Dennard would be fine selections as well at Number 13. The Rams will lean towards Gilbert because of his athleticism and high ceiling.

Stephon Tuitt - Ra'Shede Hageman would also make sense with this selection, although I doubt he falls out of the first round. The Rams have shown great interest in Tuitt - and defensive tackles - throughout the offseason. Size, athleticism, and versatility win the Rams over.

Deone Bucannon - Bucannon is an athletic safety with a nice upside, who would be interchangeable with T.J. McDonald. The Rams have been pretty quiet about the safety position in the weeks leading up to the draft. Except for a visit by Bucannon:

For those wondering about safeties and #Rams, source says Washington State's Deone Bucannon did pay pre-draft visit to St. Louis.

Dakota Dozier - A small-school prospect the Rams have shown considerable interest in. Dozier exhibits a considerable upside and nimble athleticism. He played 4 years at left tackle for Furman, but projects as a guard in the NFL.

Aaron Murray - The Rams have worked out/visited many QB prospects in the lead-up to the draft. An experienced SEC QB, Murray will likely fall in the range where the Rams want to select a quarterback.

Jordan Tripp - The Rams have 3 Montana players on the roster: Chase Reynolds, Caleb McSurdy, and Trumaine Johnson. There's an unmistakeable connection between the school and Jeff Fisher's son - and assistant coach - Brandon.

Cassius Marsh - Capable of lining up all across the defensive line, Marsh is a force as both a run-stopper and pass-rusher. The Rams have shown interest in Marsh throughout the offseason.

Howard Jones - A raw, small-school prospect with significant athletic potential and upside. A sleeper pick, and a project. 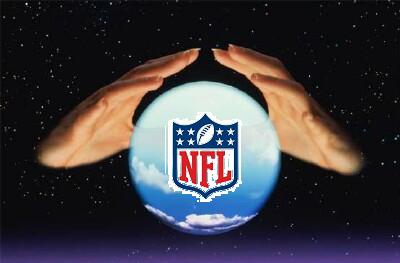 Yesterday, I posted my predictions for the 2014 NFL Draft. 48 hours has elapsed since I gazed into the crystal ball for those predictions. Despite the swirl of rumours and smokescreens, my predictions remain unchanged heading into the first night of the draft:

From Gregg Rosenthal - NFL.com - regarding the Rams' alleged interest in Johnny Manziel:

"It doesn't pass the sniff test. If the Rams were really interested in making a franchise-altering decision, they would do everything possible to keep it quiet. They would stand by their public affection for Sam Bradford, go about their business, let the Texans take Jadeveon Clowney and grab the Rams' new franchise quarterback at No. 2. That hasn't happened. This all feels too choreographed, too public."

It's finally here. The day we've all been waiting for. All the drama, smokescreens, and rumours will be over with by days end. Let's hope the Rams stack one good decision on top of another, and come away with a great draft haul, one that will launch them towards the playoffs in 2014! And according to our own Ryan Van Bibber, it looks like Sam Bradford will be at the helm (link).

Fisher brings Sam Bradford out on stage during pre-draft event for fans and tells crowd of about 2,000: "He's our guy." So much for Manziel.

Up... Visored and two energy drinks in... It's Draft Day people!! #GoRams pic.twitter.com/3a8by8HHC8