You know that Quintin Mikell jersey you've always wanted? Now's your chance to get it for pennies on the dollar.

We're still more than seven months away from Christmas, but that doesn't mean you can't start shopping now. In fact, when you see the prices on St. Louis Rams jerseys and gear that are part of the clearance sale at NFL.com, you might want to go ahead and get the credit card ready. There's just one catch.

The jerseys are all for players who aren't on the roster anymore.

You've got lots of options for a Steven Jackson jersey, which isn't a bad deal since that's the only player that really mattered between 2006 and 2012.

They've also got some t-shirts, sweatshirts and more at low, low prices. That includes a few things that no Rams fan in your life would be complete without: branded footwear!

They've also got "The Groupie," which is kind of like owning a Kenny Britt jersey. Go ahead and grab a pair for the special lady, or even the slump buster, in your life. 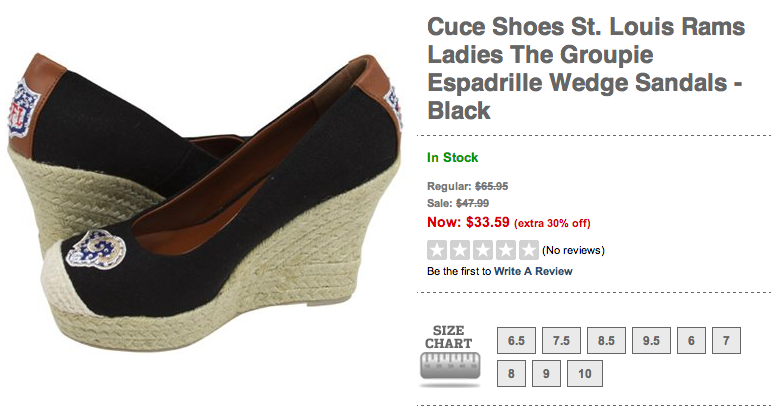 I had to eat some crow when the Rams sided with offensive mediocrity and stood by Sam Bradford. But you Bradford backers out there can go ahead and pick up some cheap No. 8 merchandise now, before he finally becomes elite and the price for Bradford gear goes through the roof. 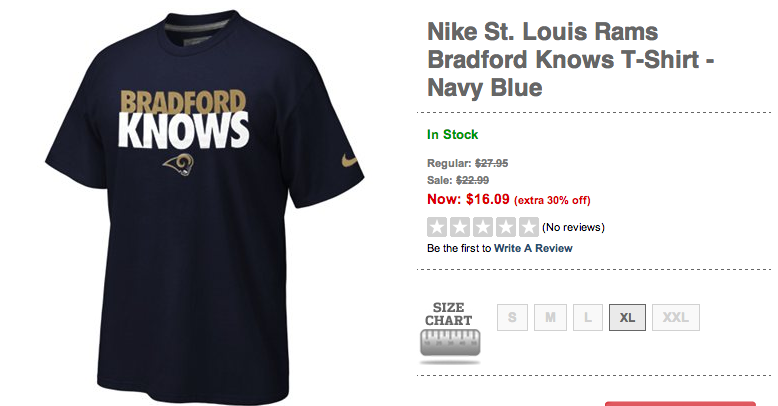 BRADFORD KNOWS ... knows that you're never going to beat these prices!

And, finally, for the classy lady in your life ... 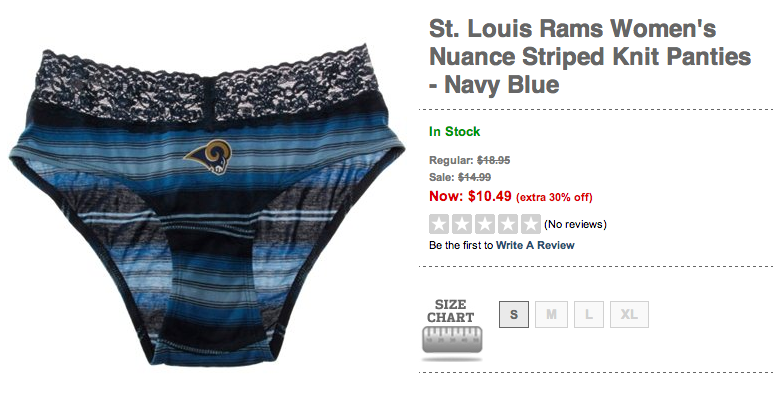