Forgive me for not posting anything in the last two weeks. It’s been eating me up inside. I betrayed you all. But fear not, I have emerged from the film-room with some premium high-octane combine-confirmed knowledge. Right now it’s just a general big board, the Ram’s adjusted version will come later. 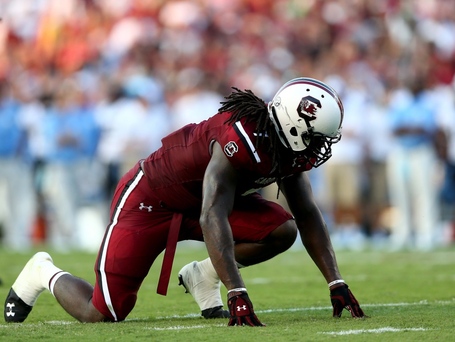 The naysayers were only partially quieted by his combine performance. A 4.53 second 40, 37.5 inch vertical and 10’4" broad jump was enough to win over those on the fence about him, but the vocal anti-Clowneys are still preaching the age old red-flag rhetoric. Sure his lack of work ethic and underwhelming numbers are concerning, but the tape and athletic prowess cement him at #1 on my board…for now. 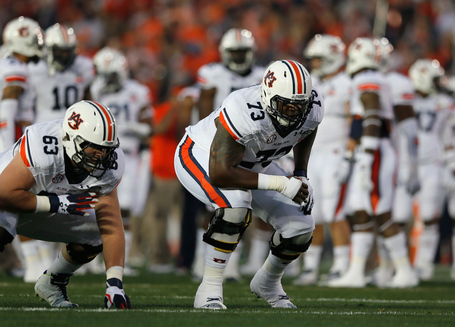 Robinson’s ability in pass protection was such an unknown quantity heading into the Combine that the week was almost make or break for his top-5 draft stock. Fortunately for him, he moved in a light, nimble manner that shouldn’t be possible for a man his size. Play him at guard or tackle, either way he’ll excel. 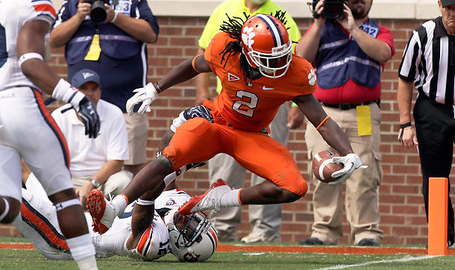 It’s not often that you get a receiver deserving of a top-10 selection. In fact, it really hasn’t happened since A.J. Green and Julio Jones back in 2011. Watkins is big enough to be a legitimate #1, but what puts him over the top are his supple hands and game-breaking ability. The route running could use some development, but that’ll come in time. 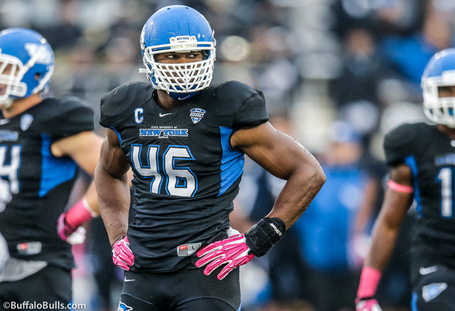 Mack may not be the athletic freak that Clowney is, but he may just be the most complete defensive player in the draft. He excels both with his in the dirt and off the edge, and he can cover as well. Any team that need’s a LEO, a traditional 3-4 linebackers, or even a strong-side linebacker should seriously consider this guy. 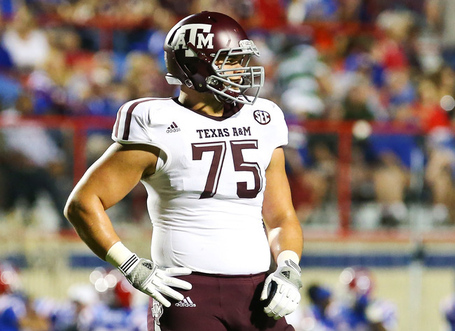 He didn’t hurt his stock at the combine but Robinson certainly surpassed him. Regardless, Matthews is a tough, experienced technician that can plug and play at left tackle as a rookie. He still may be the first tackle off the board. 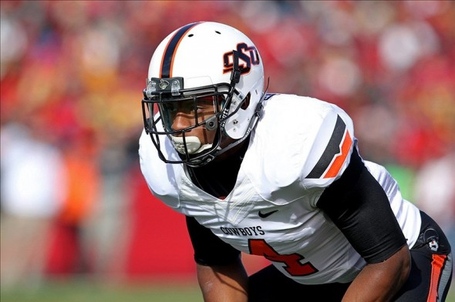 Oh, yes I did. Gilbert’s combination of cover skills, athleticism and kick returning ability make it justified to give him this spot. He’s athletic enough to play in off man or zone and be THE SHUTDOWN CORNER in any scheme. He reminds me a lot of Patrick Peterson, just a not as polished version of him. 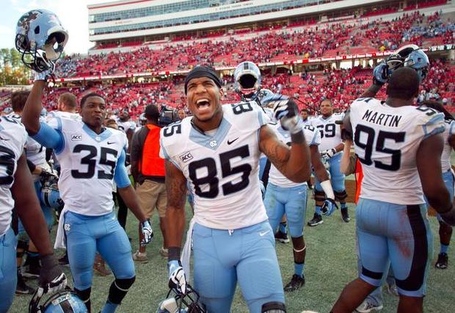 The new prototype for a tight end is a big, fast pass catcher with great leaping skills. I guess Ebron’s just in the right place at the right time. Even without participating in position drills at the combine he’s still the #1 tight end in the class. Between his pass catching ability and fluid athleticism, he’s got the chops to be the highest picked tight end since Vernon Davis. 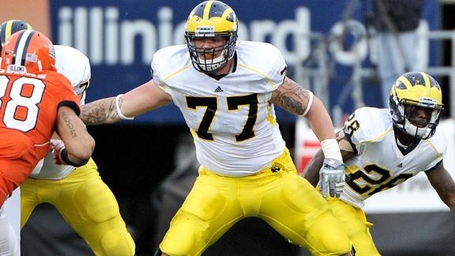 Who knew Lewan was such an athlete? He impressed in the 40 and showed well in all the position drills. He’s experienced in pass protection and mauls in the running game. His mean streak in unparalleled in the class, but it could also get him into some trouble. Off the field accusations are still to be investigated. I’m gonna go as far to say that these three tackles are better than the three taken at the top of last year’s draft. 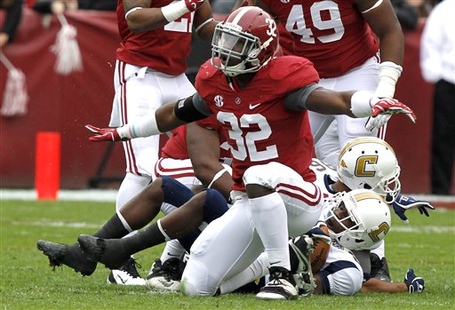 Hey, the tape doesn’t lie. Mosley isn’t the flashiest player but he’s a smart, instinctive linebacker who’s equally as adept in coverage as he is against the run. Play him on the inside or as a weak side linebacker and watch him excel. The only team that could possibly want him in the top 10 is Minnesota, but outside of that he could draw interest from New York (G) and Chicago. 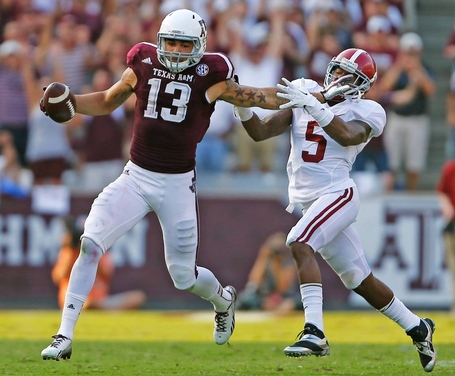 Evans is a pitbull when the balls in the air and uses his basketball background to take full advantage of his size. In an age of air it out offenses and big bodied wide receiver, Evans is all the rage. Prior to the combine there were concerns about his straight-line speed, but he impressed with a 4.53 second 40. If he lands in the top 10 he could go to Tampa Bay or Buffalo. 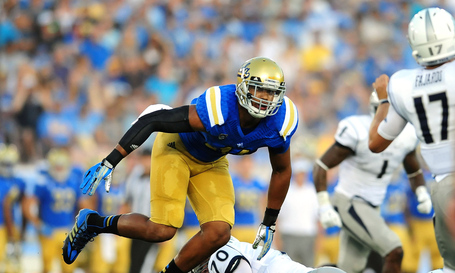 A former running back, Barr was a highly productive sack master in college with loads of upside. At the combine he didn’t do much to hurt himself, but others put up performances that allowed them to be leapfrog Barr in the rankings. He’s a raw, but highly versatile linebacker/defensive end that will best fit in a 3-4 scheme. 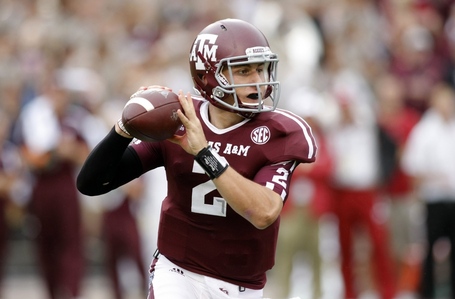 Johnny Football isn’t the most traditional quarterback in the class but he sure is the most electrifying. What entices me is his ability to create plays out of nothing. He’s got the smarts and the arm to succeed, even though he doesn’t have the height. His intangibles are what you want in a franchise QB; he’s a fiery, charismatic leader. If he can learn to improve his pocket presence he will be the most dominant QB to come out of this class. 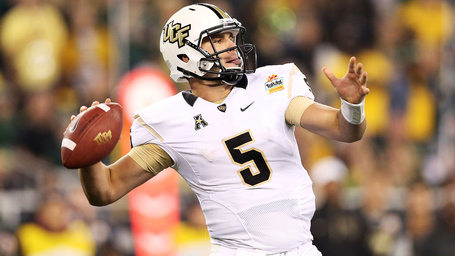 Bortles threw in Indy with mixed results. His timing and mid/short accuracy was on point but his long balls were in general a bit overthrown. That’s not too much of a surprise; he did that on tape as well. He’s got a big arm, thick build, high football IQ and mobility, all the traits you want in a franchise QB. All he needs is some polishing. 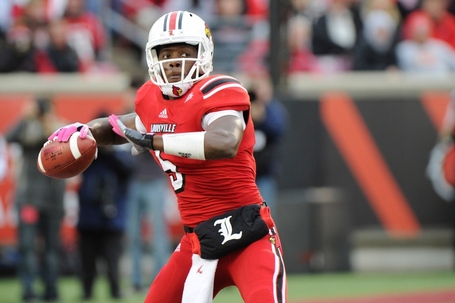 Surprised he’s my #3 QB? Don’t fear, it’s not by much. What irks me about Bridgewater is his frame and, well, his tape. It never really blew me away. He’s pro ready with his pocket presence and intangibles, and everything else is just average. Just average arm, just average mobility, just average playmaking ability. He’s the pick if you want a safe, sure thing. 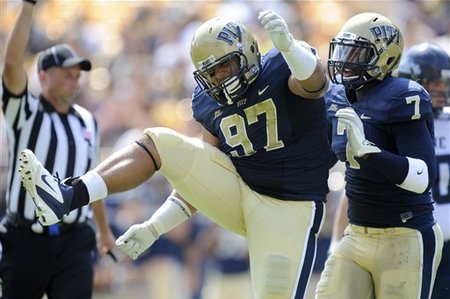 Let the Geno Atkins comparison keep rolling. Donald had the most impressive combine by a defensive tackle in recent memory, and couples that with good tape and an impressive Senior Bowl performance. His quickness and small stature best serve him to a 3-tech role. He’s got the stats and experience to boot, so call him a sure-fire first round pick. 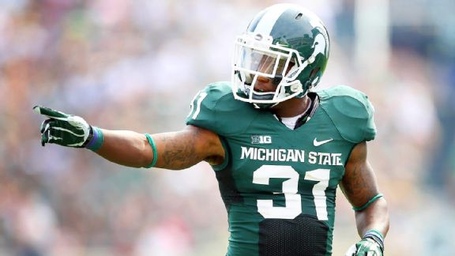 Dennard’s another one of those guys who didn’t blow up the combine, but didn’t do anything to hurt himself. He was just average throughout the entire day. He’s proficient in bump and run and can also play off-man/zone. What troubles me is his aggressively style that may not translate to the NFL, and his run support. 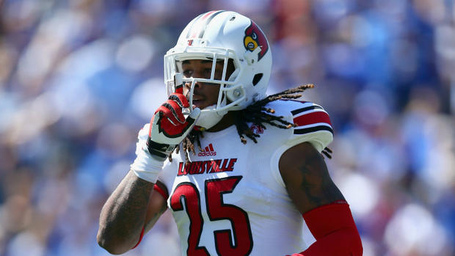 Pryor kept pace with Clinton-Dix at the combine and also got some glowing reports from ex-coaches. He’s a hard-hitting safety with range and coverage skills to boot. He has the ball skills and instincts to play centerfield but I’m beginning to worry that he may be best fit for a strong safety role. 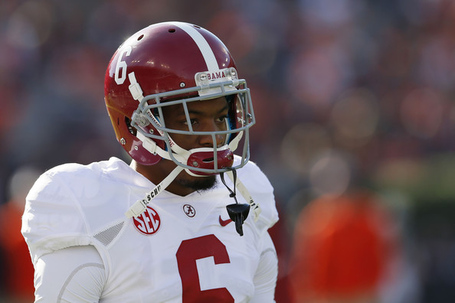 Clinton-Dix regained some credibility in my book. I had some creeping suspicions about his top-end speed but he has certainly calmed my nerves. He’s long, rangy and instinctive with the ability to work the perimeter when playing center field. He isn’t a big hitter in the running game but he’s a consistent and willing tackler. 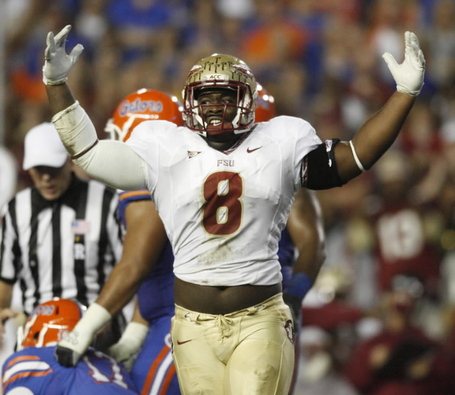 Jernigan is versatile enough to in both a traditional 4-3 DT role or in a 3-tech role. He isn’t the most explosive off the snap but he drives his feet through contact and works well with his hands. He’s at his best against the run, but he can also disrupt the pocket up the middle at times. 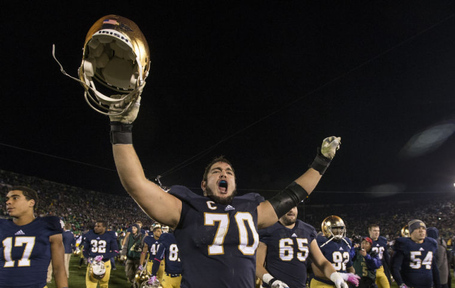 Martin’s a little bit small in stature but he makes up for it in other areas. His feet are clean and quick and he understands angles. He’s the most experienced tackle in this class, and maybe one of the most versatile. Play him anywhere across the line.