The St. Louis Rams are the P Diddy…err…Puff Daddy of the 2014 NFL Free Agency Period. They may be fashionably late to the party, but they can’t stop…won’t stop… Uh-uh, Uh-uh

Shaun Hill agreed to terms on a one-year, $1.75 million contract with the Rams, NFL Media Insider Ian Rapoport reported, according to a person informed of the deal. ESPN first reported the news. Hill can earn up to $2.5 million, per Rapoport.

The Rams signed Shaun Hill on Wednesday, ending their haha-hot pursuit of Mark Sanchez. But their are still players out there that could fill the Rams’ positions of needs. While QB and D-lineman may no longer be on the Rams’ list of free agency to-do list, their not done with free agency…yet.

Playoff expansion to 14 teams is on its way. The only question left is when. NFL Commissioner Roger Goodell would not say the words above so bluntly, but that was the only takeaway possible after hearing his thoughts on the matter Wednesday at the NFL Annual Meeting.

Why Jackson Didn’t Provide the Rams With Another Compensatory Pick: ESPN NFL Nation

Who is the Best CLE/LA/STL Rams’ Defensive Tackle Ever Drafted?: Rams Cover 32

Spencer Engel - author at Cover 32 - recently took a look at the best defensive end the Rams franchise has ever drafted. There were a ton of great options, but ultimately Deacon Jones earned that honor.

Fisher, on RB Zac Stacy's evolving role with Rams: "I think over time, he'll probably be that 70-percent of the carries guy."

It may have been slow moving for the Rams at the start of free agency, but they’ve now inked a few players since this past weekend. It may not have been all that flashy, but the Rams are quietly putting together a respectable [start to the] offseason. Will they continue to sign free agents?

It happened to Geno Smith. Remember? One of the projected top QB prospects waits in Radio City Music Hall on Day 1 of the NFL Draft, and then…mysteriously…they vanish. This is a mock draft, so none of that really matters. Just click the link to see what Pete Prisco was working with on Wednesday…

Rams’ TE Lance Kendricks dropped only 2 - of a possible 34 - passes in 2013. According to PFF’s rankings, that’s a Top 15 performance. Now, Jared Cook, that’s another story entirely…

Rams Can Find Secondary Help or Top WR with No. 13: The Patriot-News

The St. Louis Rams are candidates to move around the 2014 NFL draft board, armed with two first-round picks and an ability to fill their primary needs — wide receiver and safety — while still collecting extra picks. St. Louis can also keep the No. 2 pick and secure one of the draft’s premiere talents while using its No. 13 pick to address needs.

There’s a lot of "fun" being taken out of the game at the NFL Owner’s meetings. At the same time, they’re trying to improve the quality of the game. Johnny Hekker isn’t there. He should be…

We're going to clean the game up on the field between the players. The in-your-face taunting. The language. It's all in the book. It's all under unsportsmanlike conduct. There's no change in our rule. We're going to enforce the current rule.

I join the entire football community in mourning the loss of a truly great man in Ralph Wilson. I’m forever grateful to Mr. Wilson for giving me the opportunity to be a head coach in the National Football League. As a coach, Mr. Wilson was everything you could ask for in an owner. He was a very passionate football fan. He was progressive in his thoughts, he loved his players and he provided every resource you could ask for. It’s hard to imagine where our game and our league might be today were it not for his role in creating and more importantly sustaining the American Football League. My thoughts and prayers are with the entire Wilson family at this difficult time.

St. Louis Rams’ Draft Stock; Rising and Falling: Bleacher Report
With the bulk of free agency now complete, this article will provide an updated analysis on which [ten] draft prospects are sinking or swimming in the eyes of the Rams.
St. Louis Rams Three-Round Mock Draft: Ramblin’ Fan
The St. Louis Rams have been quiet during free agency this offseason. While many fans may take that as a lack of dedication toward getting better, it’s still entirely possible the Rams have a plan in place to get better from within and from the 2014 NFL Draft. How should they utilize their first three picks?
NFL Mock Draft 2014: Bortles, Bridgewater holding steady, receivers rising: Sporting News
The Rams trade out of the No. 2 spot [w/ Falcons], and Sammy Watkins is no longer available. You know what they do at that point… right?
Kenny Britt Will Find Frustration, Not Success, With Rams: Rant Sports
Les Snead hinted that the Rams had a better than 50% chance of landing Kenny Britt in free agency. Regardless, someone wrote an article that makes no sense…so I’ll link it.
‘Ol Wally Has an Update Mock Draft: Walter Football
Walt gets bored from time to time, so he just swaps a few names to freshen up his mock drafts. Last week it was an Offensive Tackle at 6 [via trade down with Falcons] and taking a Cornerback at 13. Just switch the names with the "next best" option, and he’s got your NEWER, FRESHER, MORE EXCITING mock draft!

Fisher says Rams aren't done with Kenny Britt talks. Says if they sign Britt, won't change how they view Watkins or Evans in the draft

Could Rams take DE Jadeveon Clowney at No. 2 overall? Fisher: "I've learned over the years that you never have enough pass rushers."

Now that he's likely on the Rams, I will say this. Shaun Hill >>> Sam Bradford.

Shaun Hill would beat out Sam Bradford in a legit QB competition. #takes

Alec Ogletree is an enigma. Super talented. But has no idea how to use it.

What Are Your Favorite Old School Cartoons & Lunch Pail Treats? 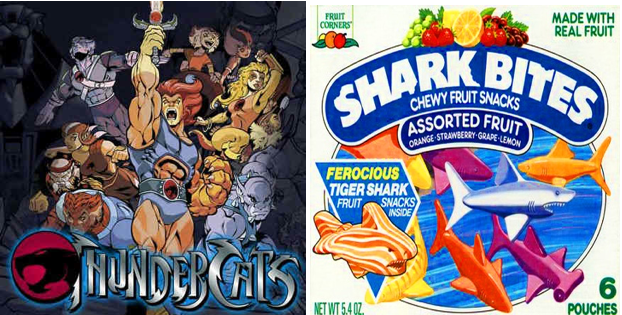