The Rams have been fairly quiet in the free agent market since the new league year began on March 11. Instead of signing high-priced free agents from other teams, the Rams re-signed a pair of their own free agents: Rodger Saffold and Jo-Lonn Dunbar. Every indication suggests the Rams are conserving their limited salary cap space.

The frenzied opening week-and-a-half of free agency is now behind us. The St. Louis Rams have barely made a ripple in the free agent market, preferring to devote most of their limited salary cap space to re-signing a pair of their own free agents: Rodger Saffold and Jo-Lonn Dunbar. Given the number of quality, younger players the Rams will be looking to re-sign in the next 1-3 years, conserving salary cap space now is a prudent strategy.

14 players on the Rams' roster became free agents on March 11. To-date, the Rams have re-signed just 5 of them: Saffold, Dunbar, Justin Veltung, Tim Barnes, and Austin Davis. 4 have signed with other teams. None of the remaining players are expected to be re-signed by the Rams.

Although it seems premature to be looking ahead to next years potential free agents, it's never too early to plan for the future. Especially when planning involves substantial financial considerations, and the make up of the 2015 roster. The present also affects the future, as dollars spent now on other teams' free agents can impact and constrain future spending/re-signings. It's part of the explanation as to why the Rams haven't opened up the piggy bank in free agency this year.

The accompanying chart presents the 16 players - currently on the roster - who are eligible for free agency in 2015:

A pair of Pro Bowler's, and a starter on the offensive line, stand out from the others in importance to the Rams: DE Robert Quinn, P John Hekker, and OT Joe Barksdale.

The Rams have a fifth-year team option included in Robert Quinn's contract. Fifth-year team options - as part of the new CBA - are included in every first round draft picks contract. There's little doubt the Rams will exercise this option. May 3 is the last day this option can be exercised. The Rams will likely wait until that date to finalize the transaction. The fifth year is guaranteed for injury only, at the time of exercising the option. Most teams will wait until the last day, to avoid any issues related to the player sustaining an injury before that date.

"[T]he Paragraph 5 Salary for the player's Fifth-Year Option shall equal an amount that would apply in the fourth League Year of the Rookie Contract if one calculated the Transition Tender for that League Year by using the same methodology as set forth in Article 10, Section 4, but using the applicable third through twenty-fifth highest Salaries (as "Salary" is defined in Article 10) (as opposed to the ten highest Salaries) for players at the position at which the Rookie participated in the most plays during his third League Year."

The fifth year option will cost the Rams $6.9 million in base salary for 2015, and becomes fully guaranteed if Quinn is on the opening-day active/inactive roster in the option year (2015). The Rams should only entertain an extension for Quinn next year, at the earliest. Exercising the option ensures Quinn is contractually obligated to the Rams for the next two seasons.

If the first week of free agency this year is any indication, St. Louis Rams offensive linemen are becoming a hot commodity in the free agent market. Rodger Saffold, Chris Williams, and Shelley Smith were all offered free agent contracts well above initial estimates. If Joe Barksdale again excels in 2014 - and is allowed to reach free agency - he would be a highly sought-after player. The Rams have made it clear that Rodger Saffold will play at guard this coming season, committing to Barksdale at right tackle in the process. Barksdale - whose base salary is $645,000 for 2014 - could easily command over $4 million-per-season, if allowed to enter free agency next year. While an early extension carries risks for both Barksdale and the Rams, it makes sense for both sides to explore an extension in 2014.

The risks associated with extending Barksdale are two-fold: determining his fair market value, and assessing his potential long-term performance level (too short a resume' as a quality starter). Notwithstanding the risks, I believe the Rams should offer an extension to Barksdale this year. There is incentive for both the Rams and Barksdale in getting an extension accomplished. For Barksdale, it would mean a substantial pay raise, and guaranteed money in his contract. For the Rams, it would solidify the right side of the offensive line for many years to come. In addition, an early extension would likely be more cost-effective than attempting to sign Barksdale after the 2014 season. A contract offer - consisting of a four-year term/$15.5 million, with $5 million guaranteed - is both fair and reasonable.

When determining which players on a team should be offered extensions, punters don't normally enter the conversation. Pro Bowler John Hekker is an exception, and will definitely elicit talk of an extension. His contributions to the Rams' special teams unit should not be undervalued. Field position is critical in any football game, and Hekker's efforts were instrumental in the Rams' improvement in this area last season.

As an RFA, the Rams can choose to tender Hekker before the 2015 league year begins next March. The RFA tender for an original UDFA is $1.431 million for 2014, and will exceed that amount next year. Hekker, whose base salary is $570,000 for 2014, will likely receive offers exceeding the RFA tender amount. The Rams do have the right to match any offer. It may be prudent for the Rams to offer an extension - a four-year contract for $10 million, with $1 million guaranteed - before the end of the 2014 league year next March.

Each of the three Exclusive Rights Free Agents on the list will have no bargaining power with the Rams. The Rams can tender them at their discretion, before the end of the league year next March. The three players have little choice but to accept the tender offers - likely under $600,000 each - or be out of football. There's little need to consider extensions in their cases.

The Restricted Free Agents - aside from John Hekker - could all present interesting dilemmas for the Rams next year, depending on their level of play in 2014. As noted, the minimum RFA tender this year is $1.431 million, and will likely increase next year. The Rams will not make decisions regarding these players until next year.

It's too early to determine whether Lance Kendricks or Austin Pettis figure into the Rams' long-term plans. Neither will be under consideration for re-signing until after the 2014 season. 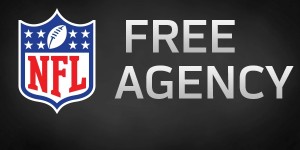 In a recent conversation on Twitter, I asked TST editor Brandon Bate the following question: sign more free agents, or extend players like Hekker and Barksdale, who are both free agents in 2015??

I couldn't agree more with his response:

@Bozy1313 finding sustainable success from those taken in FA hasn’t come easy for the #Rams. Better to extend the devil(s) you know…

There's no definitive blueprint for building a Super Bowl winner, although I took a stab at creating one, in October of last year (link). Consistently successful NFL franchises all share the same traits: the ability to scout/identify talent, the wherewithal to draft/sign talent, a staff with the ability to coach-up players, and a fiscally responsible front office, one allowing the organization to retain it's top talent.

The Rams are now in a position where the primary goals should be to draft well, develop and invest in their younger players, and save enough salary cap space to ensure they remain in St. Louis.