4 pm this afternoon marks the start of both the new league year and the free agent signing period. Will the Rams be active this year in the free agent market? What is their biggest need? Who will they attempt to sign?

Aside from the hiring of Gregg Williams, there was very little news regarding the Rams in the first 9 weeks of the year. It was the calm before the storm. The tranquility has been replaced by the eye of a hurricane. The last week has brought much upheaval to the Rams organization. The almost certain departure of Rodger Saffold, coupled with the release of Harvey Dahl - plus the free agency status of Chris Williams and Shelley Smith - has left the Rams' interior line in tatters. An already suspect secondary was reduced by one, with the release of CB Cortland Finnegan. Will the Rams make up for these losses in the free agent market? Or will the Rams be relatively quiet in free agency this year, preferring to fill their roster holes through the NFL draft?

Currently there are 54 players on the Rams' roster, each with a contract for 2014. The accompanying chart lists the 11 players who will become free agents - and no longer on the roster - as of today at 4 pm: 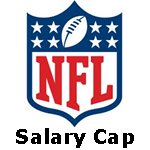 Available Salary Cap Space - The amount of money the Rams have remaining to spend on player contract obligations, without exceeding the salary cap. The calculation to determine the available salary cap space is: the dollar amount of the adjusted salary cap, less the total dollar value of current active contracts (cap hits) less any "dead money".

Dead Money - The amount of money counting as cap hits in the current year, for players that are no longer with the team. These amounts consist of guaranteed money/bonuses/prorated amounts outstanding for 2014 (in some cases beyond 2014).

Salary Cap Figure (Hit) - Any contractual obligation counting against the salary cap in a particular year. It's the sum of a players base salary, signing and/or other bonuses, and any incentives/escalators deemed to be earned.

Available Cap Rollover - The amount of the preceding years available cap space not used in that year. The amount carried forward by the Rams from 2013 to 2014 is $172,529. Salary cap provisions allow for the carry forward to be added to salary cap space for the current year.

The Salary Cap - The maximum amount a team can have in total cap hits without incurring penalties imposed by the NFL. These penalties can be financial in nature and/or include the loss of draft picks.

Accrued Workout Bonuses - Are adjustments charged by the league, reducing a teams available salary cap space. These bonuses will reduce the Rams' salary cap space by $504,000 on March 11. From the 2011 CBA:

"...all players will earn $175 a day for each day they participate in 2013. That per day number changes every other year, with the next increase slated for 2015. The NFL charges each team at the start of the 2014 league year a cap fee of $504,000 for minimum workouts on top of the contracted bonuses, so any reported cap space number between now and the start of the regular season needs to be reduced by $504,000. At the end of the workout period teams have their salary cap credited for money that was not earned."

Prior Year Adjustments - The league adjusts/charges a teams current year salary cap for player incentives earned in the previous year.

Adjusted Team Salary Cap - The actual salary cap (after adjustments) for a particular team in the current league year. Each team will have a different figure for cap purposes. For 2014, the Rams' Adjusted Team Salary Cap equals the base salary cap ($133 million), plus the carry forward from 2013 ($172,529), less the prior year ($845,000) and accrued workout bonus ($504,000) adjustments.

Roster Detail - Currently, there are 54 players on the Rams' off season roster. All 54 of them are under contract for 2014. There are 11 players eligible for free agency at 4 pm, March 11 (the beginning of the new league year). Contracts run concurrently with the league year. None of the 11 players count against the 2014 team salary cap, unless they are re-signed by the Rams.

Methodology - To derive salary cap figures and information, two main sources are used: the NFLPA and the 2011 Collective Bargaining Agreement. The NFLPA only publishes team salary cap details in the form of team totals. Once the totals are established, I then compile information for individual contracts, ensuring they collectively add up to match the NFLPA totals. At last count, 83 sources have been used to compile data on the Rams' individual contracts.

Buyer beware: None of the 2013 free agents to sign with new teams ranked in top 10 in passing yards, rushing yards, receiving yards or INTs.

Then again, 15 of the 44 starters in Super Bowl XLVIII were acquired through free agency. So, gentlemen, start your checkbooks.

8 of the Rams' 22 starters - for their opening game against Arizona - were signed as free agents.

A cautionary note - and food for thought - from Albert Breer of NFL.com:

"A study of the 12 playoff teams from last season revealed that the league's elite use free agency to augment rather than overhaul. Among the five highest-paid players on each playoff participant in 2013 -- a pool of 60 players total -- 42 represented home-grown talent while eight were acquired via trade. Just 10 were free-agent additions."

"If you have $8 million to spend in free agency, you might be better off spending $7 million on one guy and $1 million on the other than buying two players at $4 million."

Demoff might have given a recent hint regarding where the Rams may head this year in the free agency market:

"When you look at free agency, this is the year we’ve targeted probably to be a little less active ... than others."

Les Snead suggests the Rams may be looking at more than just the "marquee" names when free agency begins:

"From the entertainment standpoint, the world focuses on the marquee names. In reality, there’s 400 players hitting the market and a lot of those players have a lot of experience and can come in and help you."

The Rams have additional financial commitments during the year to consider, as noted in my earlier off season primer article:

"The Rams WILL have to create $10-$11 million in salary cap space - irrespective of free agency signings/re-signings - at some point before the regular season begins. This amount covers the net cost of signing the incoming rookie class, creates an adequate reserve for contingencies during the regular season, pays the practice squad, and provides a cushion for salary cap adjustments - earned incentives, workout bonuses, escalators, etc. - made by the league."

Currently, the Rams' available salary cap space is $12,883,762. If all of the Rams' financial commitments for 2014 are taken into account, the Rams have approximately $2.4 million in "effective salary cap space". This can be increased by up to $3 million if Cortland Finnegan is signed by another team. If the Rams are to be heavily active in free agency this year, expect further cuts/restructures to occur at some point in the near future.

Within the last 48 hours, news sources have suggested the Rams currently have around $15 million in salary cap space. That figure is inaccurate. It does not take into account the two player contracts of $420,000 apiece, which replace those of Cortland Finnegan and Harvey Dahl. Nor does it take into account the $504,000 in accrued workout bonuses, and $845,000 in 2013 earned incentives being charged against the Rams' salary cap today.

My predictions? The Rams will sign at least one - or more - of the following players: Geoff Schwartz, Alterraun Verner, Malcolm Jenkins, Brian De La Puente, Jairus Byrd, or Jon Asamoah. The Rams will also re-sign one of Chris Williams or Shelley Smith.

2014 Salary Cap Figure Now Set: How Does It Affect The Rams? (link)