What a polarized world we live in. The Ram’s have the #2 pick yet again and everyone’s got an opinion on how to use it. The conservative group advocates a double, and sometimes triple trade back. The moderates recommend a trade with Cleveland or Atlanta. Then there are the radicals, who salivate of the idea of staying put and drafting Jadeveon Clowney. It’s always the same names, just in different scenarios. But who makes the best case for our top 10 pick? 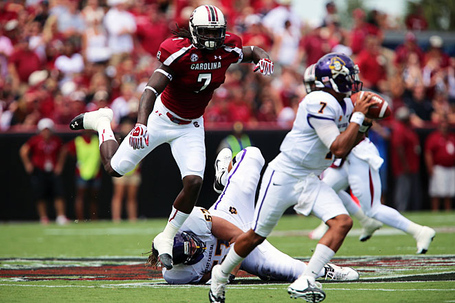 The Case For: Clowney is a once in a decade athletic freak. There hasn’t been a generational pass rusher like this since Julius Peppers. He has the elite combination of size, speed, and explosiveness that Jeff Fisher will salivate over. Although he played only defensive end at South Carolina, he can step into a Joker role in St. Louis. Line him up as a 3-tech defensive tackle, rotational defensive end, or LEO linebacker and watch him shine. It would be foolish not to take him.

The Case Against: Clowney showcased a concerning lack of effort in the 2013 season. He even considered not playing to avoid injury. If he is really as good as advertised he should have put up double-digit sack numbers, but instead he only posted 3. Such poor football character just screams "BUST". On top of all that, the Long-Quinn duo is already the best tandem in the league. Trading back could provide better value. 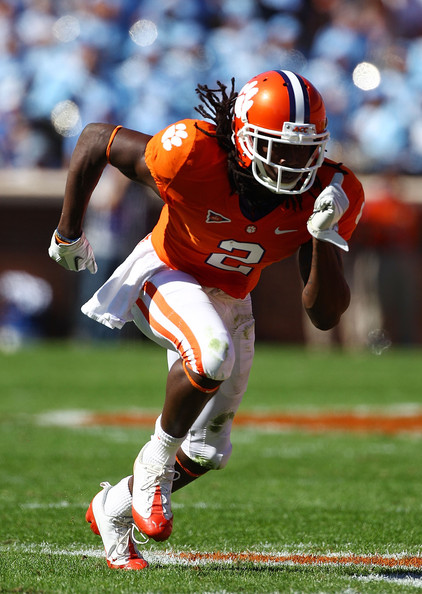 The Case For: The Ram’s lacked a true #1 in 2013 and will continue to lack one in 2014. Although he’s an impressive playmaker, Tavon Austin is best suited to a Z Receiver role. Brian Quick isn’t likely to break out anytime soon. Sammy Watkins would bring a new element to the receiving corps. He has elite speed and hands, along with an after-the-catch playmaking ability similar to Tavon’s. Sammy could step right in as the #1.

The Case Against: The receiving core just needs time to develop. Brian Quick had underwhelming numbers, but his play looked much better on tape. The offense can succeed with Quick as the X, Stedman Bailey as the Y, and Tavon as the Z. Sammy Watkins is still an unpolished route runner and would not be an immediate contributor. 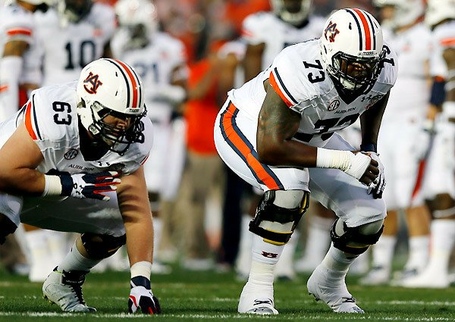 The Case For: The offensive line needs some major upgrades. It will look even bleaker if Rodger Saffold walks in free agency. Robinson has elite athleticism for the position and plays with a nasty edge. At Auburn he was a mauling run-blocker and was a big part of the team’s success. He has the versatility to play both tackle spots or anywhere on the interior. Plug him into the line and you don’t need to upgrade him for a decade.

The Case Against: JEFF FISHER HAS NEVER DRAFTED A LINEMAN IN THE FIRST ROUND. We can hope for it all we want but it just won’t happen this year. Fisher will opt to either upgrade the defense or add a playmaker in the first round. Robinson bandwagoners are dreaming. 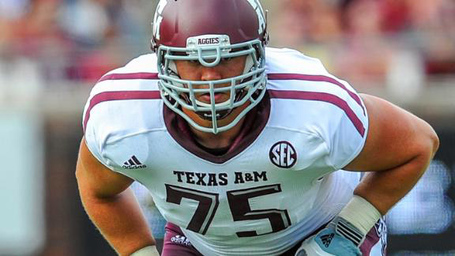 The Case For: Matthews has been the top tackle in the class for some time and he has elite bloodlines. His father Bruce is a Hall of Famer who made numerous pro-bowls over his 20-something year career while playing for Jeff Fisher. Matthews has quick and clean feet with an ideal frame. His punch is strong and he has a high football IQ. Instant starter.

The Case Against: Matthews is a bit slight of frame and would need to add bulk in the NFL. He is a great pass blocker but his run blocking isn’t the best. He can only play tackle and his edge isn’t as nasty as advertised. FISHER DOESN’T TAKE LINEMAN IN THE FIRST ROUND.

What kind of Armchair GM are you?