This Rams helmet isn't the only NFL helmet reimagined in a Star Wars design - but come on, it's clearly the sexiest.

Share All sharing options for: This Star Wars Rams helmet is badass

If you're not watching football, you're probably watching Star Wars. Or is it the other way around? No, it's both ways. Anyways, designer John Raya combined the best of two TV-binging habits: NFL football and Star Wars. He redesigned every NFL team helmet to take on the Star Wars look and, damn, he did a good job.

Here's how he redesigned the St. Louis Rams helmet to fill the nerdiest of us Rams fans: 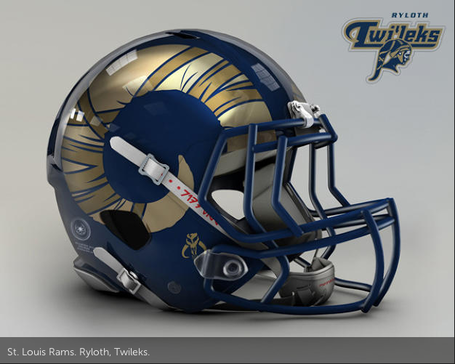 The St. Louis Rams are now the Ryloth Twi'leks. Don't know about the Twi'leks? Here's an excerpt from Wookipedia:

Twi'leks (pronounced /'twilɛk/), sometimes referred to disparagingly as "Tail-heads", were an omnivorous humanoid species originating from the planet Ryloth. They tended to eat cultivated molds, fungi, and rycrit meat. Their distinctive features included colorful skin, which varied in pigment from individual to individual, and a pair of shapely prehensile tentacles that grew from the base of their skulls. The tentacles, called "brain-tails", "lekku", "tchun-tchin", or "head-tails" were advanced organs used for communication and cognitive functions.

Here's how the rest of the NFC West plays out:

The Arizona Cardinals are now the Yinchorr Royal Guards. 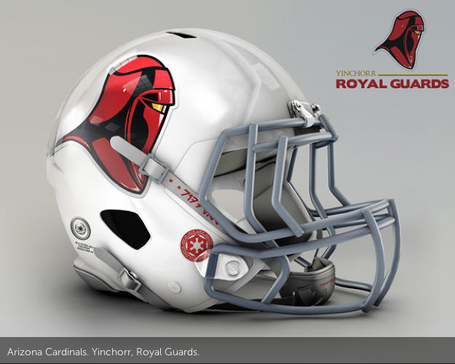 The San Francisco 49ers have become the Geonosis B1's. 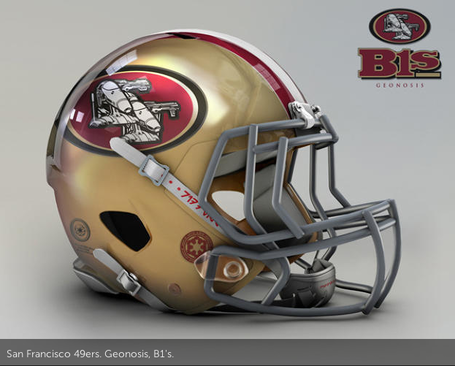 And the Seattle Seahawks take the name of the Toydaria Wattos. 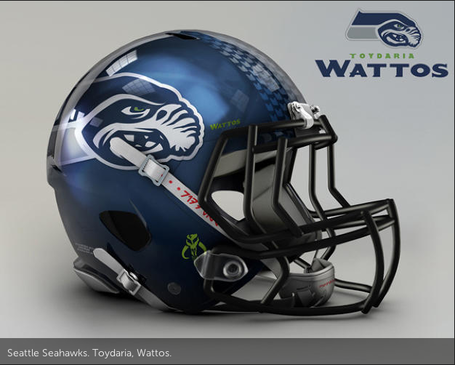 I must admit that these redesigns are some of the best I've seen. Other designers have turned NFL logos into European soccer badges - thrice. They're fun attempts, but nothing this polished.