OOOOOOOO BABY! It's finally here, the NFL Scouting Combine. The preliminary days of medical testing and interviews are over and we finally got to see the top prospects in action. Who impressed? Who disappointed? Who just cemented their draft stock? 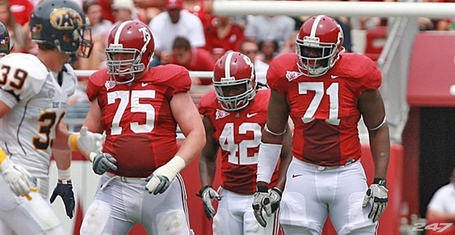 The big ‘Bama left tackle already had his stock sliding after some inconsistent tape, and he hasn’t done himself any favors in Indianapolis. He started off the week by measuring in at 6’7 322lbs with 35-5/8 inch arms and 10-1/4 inch hands. A good showing, but everything went downhill from there. I was shocked when he only did 20 reps on the bench press. I thought to myself, "Okay, we all knew he faded late in games. He’ll bounce back". Man, was I wrong or what? Today he ran a horrific 5.59-second 40 with an almost-as-bad 1.89-second 10-yard split. His 8-foot broad jump was pedestrian to say the least. In the positional drills, he looked gassed and stiff with shoddy footwork and pad level.

Will it affect his draft stock? Yes it will, plain and simple. A marginally bad day wouldn’t have done anything, but Kouandjio just showed the combine equivalent of the Hindenburg Disaster for a highly touted offensive lineman.

UCLA’s Xavier Su’a-Filo and Stanford’s David Yankey both defended their status well. Yankey didn’t appear as athletic as some expected but he worked well in the positional drills. He’s one of those guys who has a better game speed than combine speed. Su’a-Filo looked VERY fluid and athletic which surprised me a bit. On tape he always appeared a bit stiff. Both will be solid day 2 guys, one may slip into the late 1st.

A lot was expected of this Tight End class and they did not deliver. Eric Ebron ran a 4.50 (unofficial hand time) and sat out the rest of the day with an injury. Austin Sefarian-Jenkins also didn’t participate due to injury. Troy Niklas didn’t run the 40-yard dash and Jace Amaro looked, well, rough.

Jake Matthews is a Pixar Character

With all the tape I’ve watched of Jake Matthews, I’ve never really seen him without a helmet on. Doesn’t he look like the kid from UP? 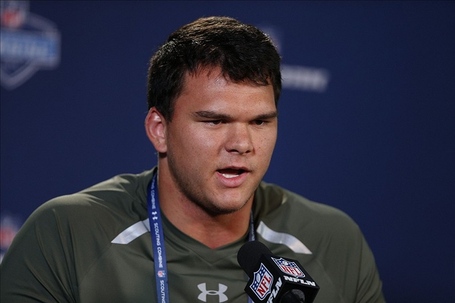 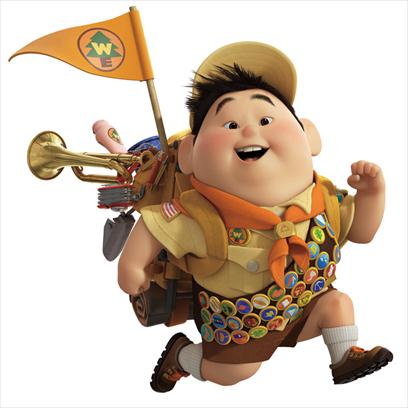 Please, for the love of God

I'm so sick of the hack "draft experts" already. Love Mike Mayock and Mel Kiper, but please for the love of God, will Kevin Weidl and Daniel Jeremiah never be allowed close to a microphone again? My reaction every time one of these "analysts" get screen time...

Who impressed you the most today?