Share All sharing options for: The most used words of 2013

There was a lot for St. Louis Rams to talk about in 2013. The folks at the Reddit NFL put together a word cloud from their threads covering the 2013 season, and it's pretty telling. 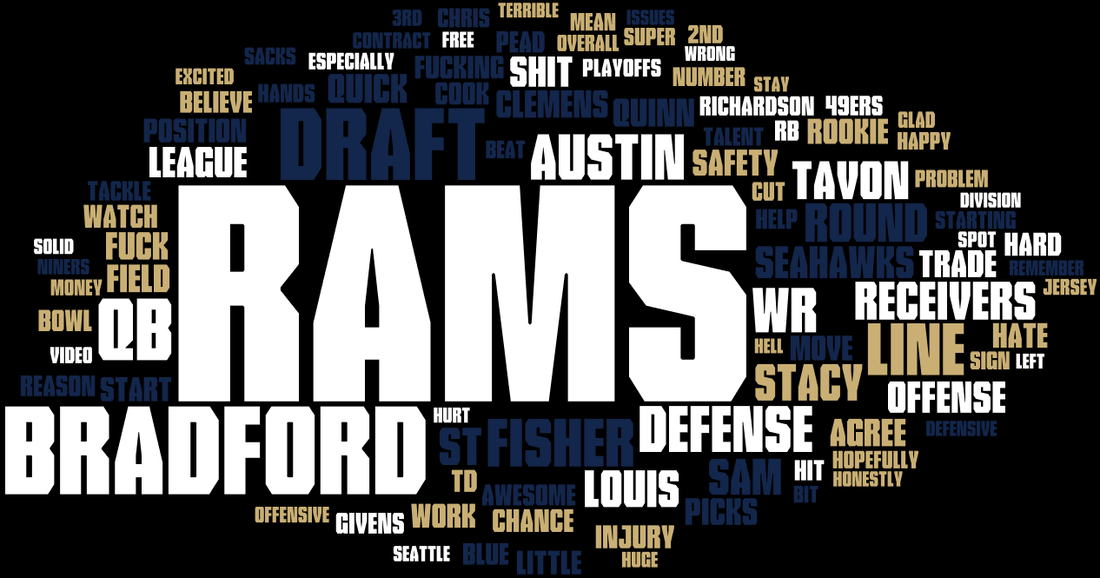 Well, "Rams" is a fairly obvious one. Look at the two biggest words after that: "Bradford" and "draft."

When a team has a basket full of first-round picks, fans tend to talk about the draft. I get it.

The QB situation is also weighing heavily on everyone's mind. Four years into his career, some fans still think highly of Sam Bradford, others are starting to wonder and some have given up completely.

Of course, the words "fuck" and "shit" are pretty prominent too, fallout from a 7-9 season I guess.