My #GMCPlaybook question for @SBNation: Does your GM have vision? Grade your front office’s performance this season. http://t.co/kfiJU12YwC

Well, let's look at this by functional area.

The only real impact guys the Rams moved on from were Cortland Finnegan, Harvey Dahl and backup QB Kellen Clemens. While new RG Davin Joseph has been abysmal over the course of the season, I don't know that the release of Dahl in and of itself was a bad move. So overall, you have to give a strong grade here. The mid-season release of Austin Pettis was a message move that struck the right chord, IMO. There might have been more concern here if Rodger Saffold had indeed signed with the Raiders through free agency, but the Raiders found a way to bungle that worse than they did their game against the Rams, so on track for a strong grade for Snisher here.

This wasn't a huge offseason for the Rams in free agency, but the major moves of retaining Saffold, adding Kenny Britt and flipping from Clemens to Shaun Hill wasn't a huge issue at backup QB. Davin Joseph drags the grade down here though. Not a huge splash year like previous offseasons, but considering the returns on free agents, it's not as painful as other moves have been.

We always say you need three years to grade out a draft, and then we spend the first three years doing it anyway. I'd put it like this. We got a special talent in Aaron Donald and a steal in E.J. Gaines. I would argue the book's still out on Greg Robinson, Tre Mason and Lamarcus Joyner. It's not a bad class, but you could argue that a team with three picks in the first 41 overall should have gotten a bit more. The Donald hit glosses things though, and if GRob can turn out, this will be a fine group to lean on.

Re-negotiated Jared Cook and Chris Long. Re-upped Johnny Hekker and Robert Quinn. Sam Bradford and Jake Long will be issues to confront in the offseason, but to this point those big four that got done deserve high praise. This is clearly a strength of the brass.

Marsh is asking for this year alone, and it's hard not to give a high mark. The only real miss was Davin Joseph, but it's hard to see where they should have gone instead in the offseason. Had Jake Long stayed healthy, Joseph would have been on the bench with GRob and Saffold at the guard spots anyway. And while the draft class certainly doesn't fit top tier right now, the Donald-Gaines combo helps buff up the promise that others among it offer. 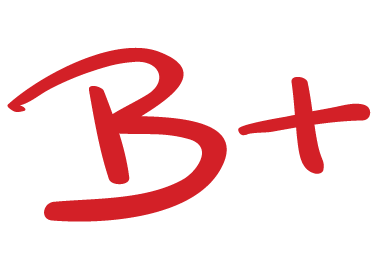