A banged up Rams squad prepares for battle against the 49ers, who’ve utilized their Week 8 bye to heal and prepare. Here are Thursday's news and notes...

Unlike the first eight Thursdays of the season, this day before Friday will be different. This Thursday, the Carolina Panthers face the New Orleans Saints in a battle for NFC South supremacy, and it can be seen on only one network -- NFL Network.

In the continued and seemingly endless roster shuffling at Rams Park, the St. Louis Rams made a few more tweaks to the roster on Wednesday afternoon.

St. Louis Rams head coach Jeff Fisher has done an excellent job finding various bogeymen to blame for his team's 2-5 record. This week, he's letting the NFL know about its "responsibility" to let him know whether or not the 49ers will have Aldon Smith in uniform when they host Fisher's Rams on Sunday afternoon.

There are so many ingredients to consider when compiling a midseason power ranking of NFL head coaches: How much do you weigh past success versus current reality? How much credence do you give longevity? Does postseason failure completely make sustained regular-season success meaningless?

One on One With the Rams Newest Safety [VIDEO] |  St. Louis Rams Official Site

The newest member of the Rams’ secondary arrived at Rams Park on Wednesday.  Casey Phillips touches base with their newest safety, Mark Barron, inside the Rams’ locker room.

What Barron Brings to the Rams |  ESPN

As NFL trade deadline deals go, the swap between the St. Louis Rams and Tampa Bay Buccaneers qualifies as the closest thing to a blockbuster that took place on Tuesday afternoon.

There is little doubt that Aaron Donald is special. From the outset the Rams rookie was different to most defensive tackles – because he is vastly smaller than average at the position – but he has always made up for that with devastating quickness and fantastic hands.

Another week, another loss on the St. Louis Rams schedule. However, instead of ripping out the hearts of fans by blowing a massive first half lead, the team opted to merely keep it close through two quarters, then get utterly destroyed in all facets of the game in the second half. With such a lopsided performance, it is difficult to find many team silver linings, let alone individual performances that could be considered "good," by an reasonable person.

A look at the playing time and production of each of the St. Louis Rams' drafted rookies and a quick glimpse at the undrafted rookie class in Sunday's 34-7 loss to the Kansas City Chiefs.

As the Rams prepare for a trip to San Francisco this Sunday, the league is in full midseason swing. The Rams, as it stands, are looking up at the rest of the NFC West with a record of 2-5 and about $43 million worth of cap money on injured reserve.

Today’s piece offers some commentary on what the Rams should hope to accomplish with the second half of their season.

The often-invoked cliche "next man up" is really getting put to the test for the sliding, injury-plagued St. Louis Rams.

With so many injuries and a familiar opponent waiting on Sunday, St. Louis Rams coach Jeff Fisher took it easy on his team Wednesday.

The St. Louis Rams were without their two starting cornerbacks when they were slaughtered by the Kansas City Chiefs 34-7 last week. It is looking like they will get Janoris Jenkins back this week. He will be the x-factor in this week’s matchup with the San Francisco 49ers.

Is it that time already?  Mock Draft Time? |  Walter Football

You’d be hard-pressed to find a Rams’ fan who doesn’t prioritize the quarterback position as one of the top needs in the 2015 NFL draft.  And with Mariota and Winston off the board at 5, the Rams go... 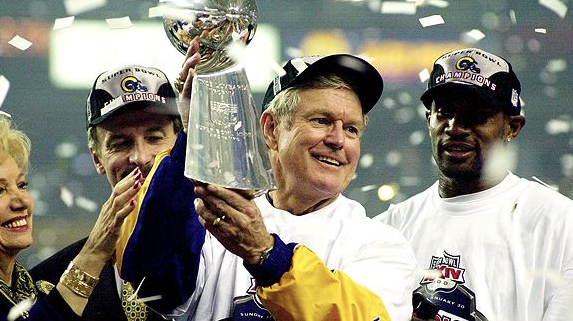