With Bowl Season coming to a close we are getting a better look at the top tier talent for this upcoming NFL Draft. It's no secret that Sammy Watkins was incredibly impressive in the Orange Bowl and many TST'ers are jumping on the bandwagon. Players like Antonio Richardson, Gabe Jackson, and Greg Robinson are also gaining a following while there seems to be some love lost for the likes of Jason Verrett and HaHa Clinton-Dix. My big board takes into account the players respective talent, the Ram's need for that position, and that players ability to succeed in the NFC West.

1.) Players will receive a 1-7 grade in Talent, a 1-5 grade in Fit and a 1-3 grade in Need. Scores will be totaled and divided by 15 then multiplied by 10 to give the player a 1-10 grade. (The system is weighted to consider that best available can trump need)

a.) Talent - A perfect 7 in talent does not mean that the player is a perfect prospect. It does factor in the players physical attributes and tape but also his talent in relation to the rest of the players at that position.

b.) Fit - Pretty self explanatory, players that are built to compete with the Seahawks and 49ers mainly. Nearly all players ranked fit our division

*Disclaimer: These evaluations are all from the scouting I did in season. More in-depth analysis and changing grades will come as I put more time into watching FIlm. I reserve the right to tweak my grading system* 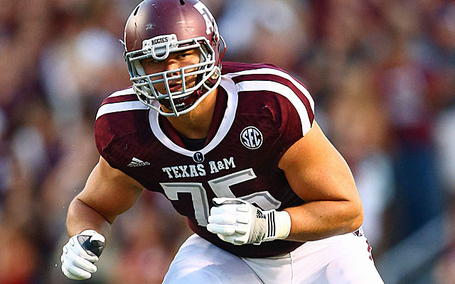 Talent: 7 - By far and away the best tackle in this class. Technically sound with the build and frame that's ideal in a Left Tackle prospect. The tape shows him to have the quickest and cleanest footwork in the class. He changes direction well to cut off angles. He could still add some more bulk to his frame. Matthews also has a mean streak, as he's a nasty 4-quarter play-past-the-whistle brawler. We've all heard of his elite pedigree so not much more needs to be said there. Although he's worth the #2 pick we shouldn't pick him there. That pick still needs to be traded back and if he falls to us, we have to take him.

Fit: 4.7 - He loses a few points here but only because he isn't as versatile as Fisher may like. That's not to say he couldn't play guard, but his worth is at tackle. With coaching he could be as versatile as his father but I don't see him getting the chance to move away from tackle. He'd be able to handle players like Aldon Smith, Ahmad Brooks, and Chris Clemons in the NFC West.

Need: 2.4 - Standard with all tackles 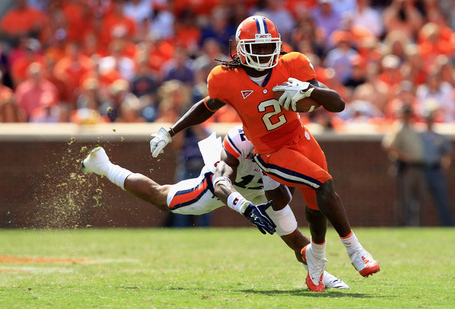 Talent: 7 - I'll admit that my opinion of Mr. Watkins jumped after the Orange Bowl. I'd always known he was good, but against Ohio State he showed that he is a good route runner that can climb the ladder to make the clutch catches. His speed isn't just straight line as he accelerates insanely fast off the line and out of cuts.

Fit: 4.7 - Gets a bit of a knock here because he isn't that 6'3"+ 220lb+ receiver we feel we need. I mean, we can't possibly succeed with a 6 foot receiver can we?? *cough cough Torry Holt Isaac Bruce cough cough*. Wow sorry, guess I'm coming down with a cold. Anways, at 6'1" 205lbs he's no slouch and would compete with the big corners like Richard Sherman, Patrick Peterson and Carlos Rogers in our division.

Need: 2.2 - Standard with all receivers, but I think we're more likely to jump on him than we are for any other receiver 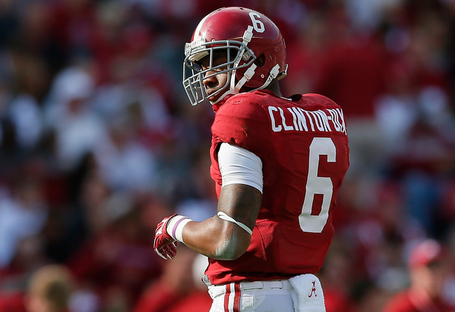 Talent: 6.25 - Talent seems a bit low for #3 right? Yeah it is, but he's the best safety in an extremely weak class. His build is prototypical and he's proven himself durable during his tenure at Alabama. A true ballhawk, the only place he really lacks is in run support. That's not to say it isn't bad, but he just isn't that eye-opening big hitter.

Fit: 4.75 - Clinton-Dix fits in very well into our roster and our division. He's that ballhawk to pair with the big-hitter TJ McDonald and he's big enough to handle the likes of Crabtree, Fitzgerald, and Boldin.

Need: 2.8 - This is what really puts his rating over the top, it's a position we have to fill 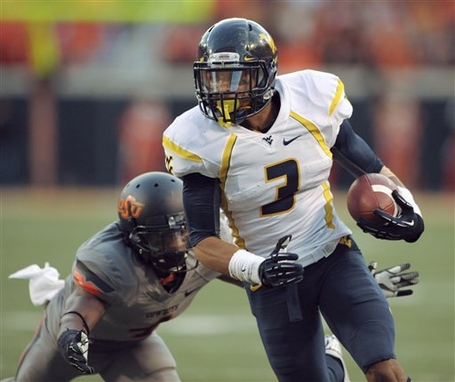 Talent: 6.5 - He's the one burned by Stedman Bailey in the picture above. Just thought that was funny. Gilbert is one of the most talented corners in the class even though his numbers are a bit underwhelming. His hips are very fluid for a tall corner and his closing speed is above average. He's reliable in run support so he'd fit in the nickel packages we seem to enjoy running. He excels in press man and would bring more versatility to our secondary.

Fit: 4.8 - This is where he gains a lot of value. He's a bigger corner than could match up with the big receivers in the West. 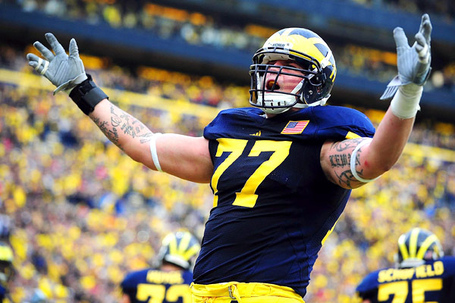 Talent: 6.8 - Not rated as highly as Jake Matthews because he isn't as technically sound. What he does bring to the table is a build that makes me think cloning has been perfected in Ann Arbor (ala Jake Long?) and run blocking skills. This guy is a mauler with a mean streak. His footwork is quick enough but can use refinement. His punch is strong and he doesn't get caught overcommitting too often. Get's to the second level effectively. The kind of guy that would be Zac Stacy's best friend.

Fit: 4.5 - Not versatile but built to be a tackle. Already has a relationship with Jake Long as Long was the one that talked him into returning to Michigan and continuing the tradition of tackles there. Gets to the second level well when required in the running game. I have a feeling Fisher would love his attitude.

Need: 2.4 - Standard with all tackles 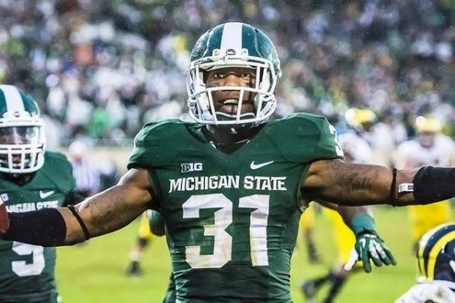 Talent: 6.75 - Best corner in the class but doesn't receive a 7 because of his injury history. Great in coverage with very good instincts and physicality. Works very hard in the film room and recognizes routes with ease. Lacks in run support, so he wouldn't be able to play the nickel.

Fit: 4.5 - Although he's physical he doesn't receive as good of a grade as Gilbert here because his height is just average and his frame is lean. He'd be a bit limited in our current system. 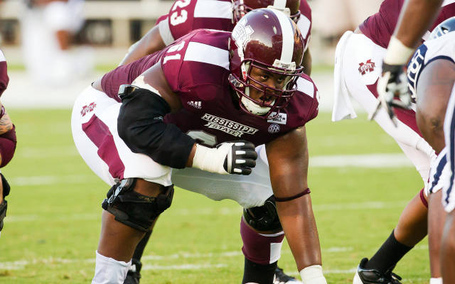 Talent: 6.8 - From what I've seen I think this guy's going to be a stud guard at the next level. His range and quickness are impressive considering his size and he gets to the second level effectively. Handles bull rushers with ease and manhandles defensive lineman in the running game. Hand placement is shotty but that's something that Boudreau can fix.

Fit: 4.4 - Like the tackles above he loses a bit here on versatility. He can't play tackle but he can play both guard positions at a high level. As a team that really became run-first at the end of 2013, Jackson would be a great addition to the line. 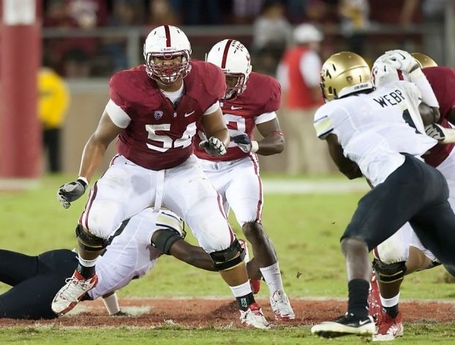 Talent: 6.6 - Not quite as physically imposing as Gabe Jackson but still has prototypical build. Could use a bit more knee bend if we want him to move to tackle and his ceiling isn't as high as Jacksons. Regardless, he's got all the tools and has proven himself as a staple on the Cardinals line. His range is very good and he is very effective when asked to pull. He's got a good head on his shoulders and shows good patience on assignments. Has shown the ability to open holes in the running game.

Fit: 4.5 - Gains points for versatility. Can play both guard and tackle. 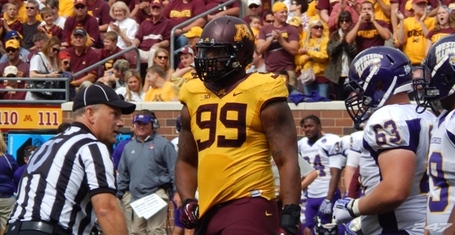 Talent: 6.6 - Hageman is the most explosive defensive tackle in the class but he is raw. Effective as a bull rusher but can also win with quickness. He's an athletic freak, showed by these numbers reported from Minnesota: 37 inch vertical, 1.57 sec 10 yard split in the 40, 465lb bench press.

Fit: 4.75 - A rangy, athletic defensive tackle is needed to succeed against the big physical 49er line and the zone blocking in Seattle. What Hageman needs is development and he could get that while sharing time with Langford instead of being thrust into the starting role.

Need: 2.25 - Standard for d-tackles. Fisher could fall in love with this guy and reach a bit.

Projection: Day 1 but could fall to Day 2 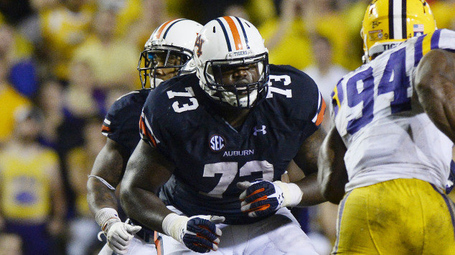 Talent: 6.5 - Has the talent to be a great tackle and is versatile enough to play guard. He's got good height and bulk and an excellent wingspan. Quick feet and anchors well against bull rushers. Great drive blocker and plays with tenacity. If he adds bulk he may be the most versatile lineman in the class.

Fit: 4.6 - High rating here as he has the build to play tackle and guard. Almost a Rodger Saffold type. Has the potential to be a guy that can man-handle the edge rushers in our division

Need: 2.4 - Standard for tackles. Could gain some more value for versatility. 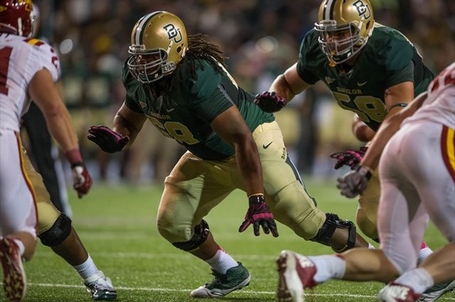 Talent: 6.6 - Huge frame and good athleticism for his size. Has appeared in all but one of 39 games him his first 3 seasons so durability doesn't appear to be a problem. Great anchor with large hands and a long wingspan. Light on his feet, but has a tendency to not get enough knee bend and then bend at the waist, losing leverage.

Fit: 4.2 - Foot quickness could allow him to play right tackle if knee and waist bend is corrected. General consensus is that he's fit for a power running game so that raises his value for the Ram's. Plays with toughness and an edge that Fisher would like. I'd like to see what Boudreau could do with him. 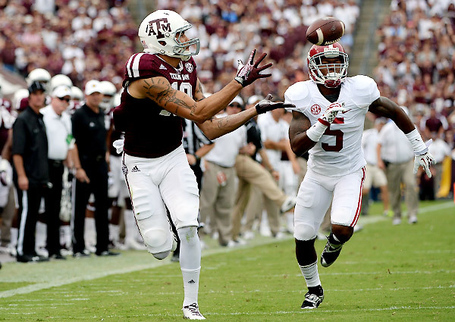 Talent: 6.4 - Bonafide jump-ball artist. Top-end speed is average and so is acceleration. Huge catching radius with very good hands. Needs to become a more polished route runner. Not as explosive at Watkins and that is where he loses worth in my book. May drop a bit after that bowl game performance where Manziel had to get up in his face.

Fit: 4.9 - Gains the most ground on Watkins here. Quick has the build similar to Evans but lacks the tenacity and jump-ball skills. Fits our division better than our system, but would cause matchup problems for other teams in the NFC West.

Need: 2.15 - Standard for receivers but doesn't jump off the board like Watkins does 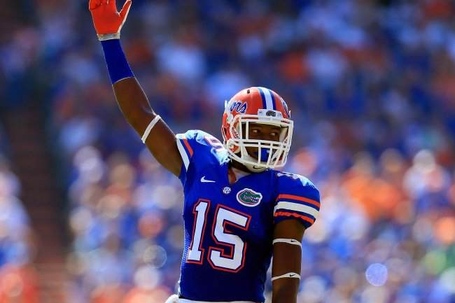 Talent: 6.1 -Tall and lean but has the frame to add more bulk. Arrested for weed possession but Snead and Fisher haven't shown much concern for those kind of incidents. Quick feet, fluid hips and great change of direction. While make his worth as a cover corner but also has the take on skills to play nickel. Ball skills are the only thing that lack.

Fit: 4.7 - The physicality that he plays with and ability to add bulk is what gets him a high grade here. Mentioned above, he can play many roles in our secondary. 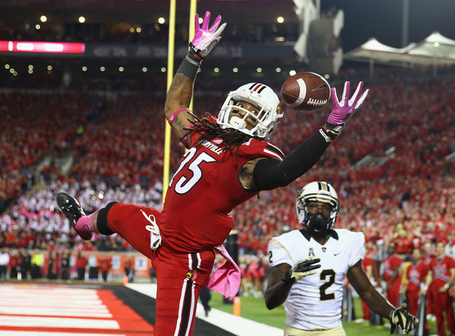 Talent: 6.0 - Good in coverage but doesn't have that ideal nose for the ball. Harder hitting that Clinton-Dix so he's more valuable in run support. The biggest knock against him is his 4.6 40 time and lack of range. Good build for the position.

Fit: 4.4 - He'd be a better fit if he were a true ballhawk but he still has the necessary skill set. Size would make him successful in the NFC West. Not as ideal a pairing with McDonald as Clinton-Dix is but still a good one. 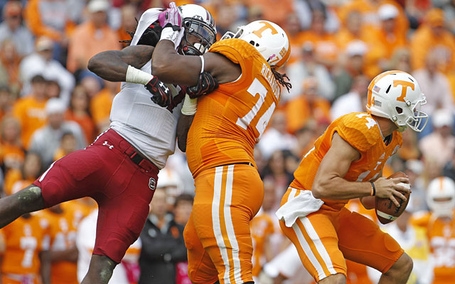 Talent: 6.1 - A monster of a man with long arms and big frame. Good at beating speed rushers but not great with redirecting and hand placement. Man handle's assignments in the running game and has a good, balanced pass set.

Fit: 4.6 - Another guy that can be a Rodger Saffold type. His technique can be refined by Boudreau and will most likely be able to kick inside when needed.

Need: 2.4 - Standard for tackles, if he shows versatility this grade will raise.

There it is, weeks in the making. Expect numbers 16-30 tomorrow. Let me know what you think!

Who do you want with our 2nd first round pick?