Up until this point, my mocks have been mere speculation and toying with interesting ideas. Now with the Senior Bowl on the horizon and the Shrine Game in the rear-view mirror, I am confident enough to make the first of a few logical mocks. With the success of their two hated division rivals this year the Ram's need to fill positions of need, namely offensive line and secondary, with impact players in order to compete for the NFC West in 2014. Armchair GM powers, EGAGE.

TRADE! Jimmy Haslam and are convinced Johnny Football is their guy and aren't willing to take the chance of letting him be snatched out from under them. The Brown's #4 and #26 picks are dealt to Houston plus whatever future picks they feel necessary, effectively ransoming Cleveland's future on one little man.

TRADE! Atlanta was in the NFC Championship not too long ago and are only picking in the top 10 because of injuries and a nonexistent pass rush. They feel that they are a few pieces away from the Super Bowl and cut a deal with old friend Les Snead to nab the generational pass rusher. Rams recieve Atlanta's #6 and #37 plus one future first rounder. 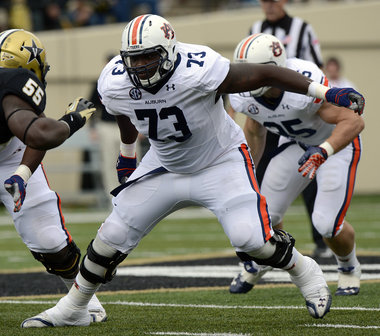 After looking into the matter further, it seems that Fisher's no-first-round-lineman streak is more circumstance than bias. Jake Matthews has been the front running tackle for as long as anyone can remember but there is no one else in this class quite like Greg Robinson. He may be the #2 tackle in the class but he is by far the best guard. Draft him to start at left guard and back up the tackle positions while his technique is polished.

I feel like I'm going to have to defend my pick here. The Bills could go a lot of different ways, such as reciever, tackle and tight end. Cordy Glenn has been underwhelming but EJ Manuel needs to be surrounded by weapons if he's going to succeed. Ebron is the best big play tight end in the class and the receiving tandem of Woods and Goodwin just needs time to mature. 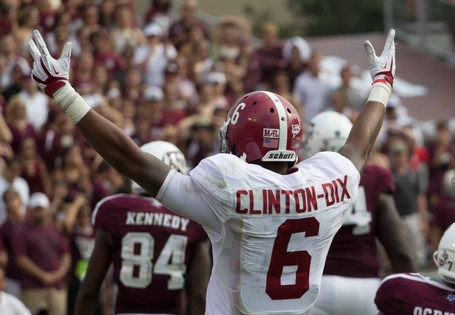 Shocker right? The man named HaHa is the best free safety in the class and would bolster our secondary. If Snead can grab Robinson, Clinton-Dix and another 2nd rounder I would give this draft an A-Grade.

Arizona just can't catch a break. Offensive Line is their biggest need but the top 4 tackles are already off the board. Instead of reaching for a tackle, they take a QB with upside that can be groomed behind Carson Palmer.

Outside of the likes of Watkins, Evans and Lee, ranking the best wide receivers gets a bit murky. Since making the game winning catch in the BCS Championship and declaring for the draft, Benjamin has received his fair share of hype. Regardless he is still very raw and that causes him to slide. Seattle elects to take him because they value size and need a playmaker on the outside that can also work the middle of the field.

Houston has added their franchise QB and some protection for him, so now they turn their focus to the defensive side of the ball. The Ed Reed experiment didn't work this year and Pryor is the best Safety on the board.

This is one scenario that really peaks my interest. Oakland passes on a QB to take Sammy Watkins and then pairs him with Tajh Boyd in the 2nd round. 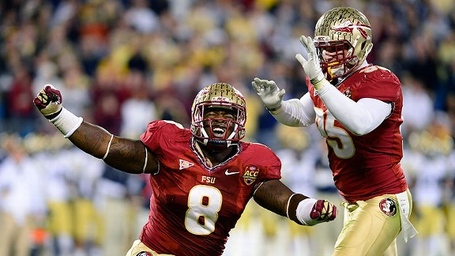 The D-Line might be our strongest unit but Langford hasn't played up to the money and Cudjo is expendable. Jernigan is decently sized for the position and is the best run defended d-tackle in the class. He sheds blocks effectively when defending the run, but his conditioning concerns me. During the National Championship he spent 2 of the last 3 drives on the sideline catching his breath.

Lovie Smith continues to build his defense. He got his Strong Side LB in the first and now he nabs his defensive end.

MJD walks during the offseason and the Jags are left scrambling for his replacement. No backs are worthy of a first round grade but Carey is the best on my list.

Traditionally, teams that go QB with their first pick go offensive with their 2nd. Minnesota continues the trend here, killing two birds with one stone by getting a road grader for AP that can also protect Bridgewater. 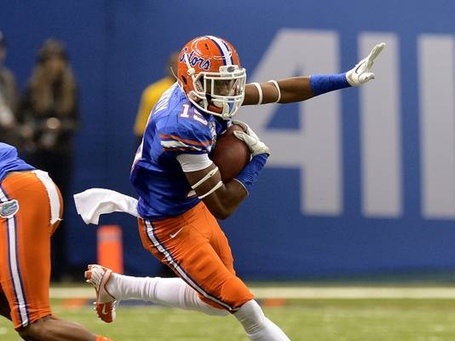 Purifoy possesses great size and athleticism and excels in man coverage. What causes him to drop into the second round is his just average ball skills and questionable intangibles. Fortunately, the Snisher regime doesn't have a problem with these kind of guys.

In many circles Beasley is a first round pick as a DE. In my eyes Beasley lacks the ideal build for the position and is better suited for Outside Linebacker. Unfortunately for him, his coverage skills and run stopping instincts need development which makes him one-dimensional.

The Rest of the Ram's Picks:

How would you grade this class?