'It all comes down to ..." a meta-analysis of Brian Schottenheimer's weekly press conference

The Rams offensive coordinator offered his take on the upcoming game in Dallas on Thursday. So what exactly did he have to say?

Share All sharing options for: 'It all comes down to ..." a meta-analysis of Brian Schottenheimer's weekly press conference

You can read the quotes punched up into news hits on TST and the other dusty corners of the internet that cover the Rams. Expectations for the Rams are bigger this year. We need more than hot takes and regurgitated talking points wrapped up in sterile stories about receiver X and running back Y.

These Rams demand some BOLD META-ANALYSIS.

And what better way to provide that than with a red hot internet gimmick like a word cloud?

The words below are Schottenheimer's, with the conjunctions and articles pulled out to get to the meaty nouns and verbs. Let's get all Derrida and parse this language. 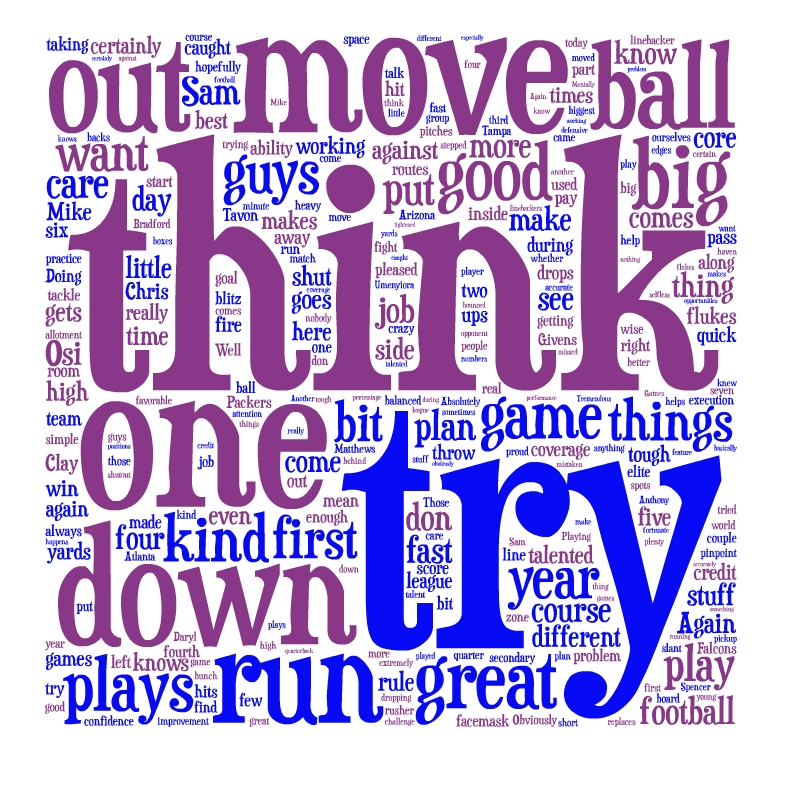 The word "think" appeared as a verb over and over again, second only to "try." It came up three times in one answer about the offensive being more productive this week. For example:

It just comes down to execution. I think we've kind of tightened things down a little bit this week in the plan, and we know what we're good at.

You've "tightened things down" or your haven't. We'll be able to vouch for the certainty of that statement in 48 hours.

DOWN - You'd expect this one to show up early and often; after all, there are four downs to talk about. But Schottey's downs were a reliance on an ubiquitous IT that it all "comes down to." So what does it all come down to:

All important things that could be the difference in this game ... or not.