The St. Louis Rams will look to remain undefeated as they travel to Atlanta to face one of the NFL’s most prominent offenses. Beating the Falcons will be no easy task, but nothing’s impossible…

And You Don’t Think It’s a Passing League: CBS Sports

Did you know the record for touchdown passes in any given week in the NFL was 58? Yup. The NFL-record figure happened twice, actually. Once in Week 13 of 2004, and once in the final week of 2007. Sayonara record! 2013 is in the heezy fo sheezy!

There are many degrees of ‘expert’ and it wasn’t until today that I realized 58 year old WWF [yes, WWF] wrestlers was one. There is no supporting reason for his ‘expert picks’ but I can only assume it’s because a python stands a much better chance of eating bird than it does a bad-ass ram.

The Rams had a nice home victory against the Cardinals, but Carson Palmer lit them up through the air. I think Matt Ryan will do the same here. Steven Jackson gets a chance against his former team to show he can still get it done. The Falcons get their first victory

ESPN’s Nick Wagoner rehashes a little bit of what we saw in Sam Bradford in Week 1 against Arizona, and what you should expect in Week 2 against Atlanta.

You know what that means? The window of opportunity has opened for Isaiah Pead. No, not really. Richardson just needed a bit of rest coming off a foot injury in Week 1…you know, the one that earned Zac Stacy a touch or two. Richardson’s fine. I like what I see on the Falcons’ injury report, though.

Steven Jackson Not "Too Up" For Rams Game: ESPN

Herm Edwards says a lot, but here are my thoughts on Steven Jackson:

1
: complete in every detail : perfect
2
: extremely skilled and accomplished <<a consummate professional>
3
: of the highest degree <consummate skill> <consummatecruelty>

There’s no time like the present…to predict the 2014 playoff picture. There are two NFC West teams currently ‘projected’ to make the postseason. I’ll give you two guesses. That’s right…Rams and Cardinals. Hold on…I was looking at my computer upside down. It’s not the Rams and Cardinals.

There’s no doubting that Jared Cook is going to be one of Sam Bradford’s favorite targets in 2013. For a guy who left his former team as a result of too few looks, he can’t be disappointed with his Week 1 contributions in a new city. I’ve said it before, but had he been able to run about 15 more feet unattended [thanks, Honey Badger], he’d be rank 2nd in the NFL amongst receivers after Week 1; with 196 yards…and 3 scores. 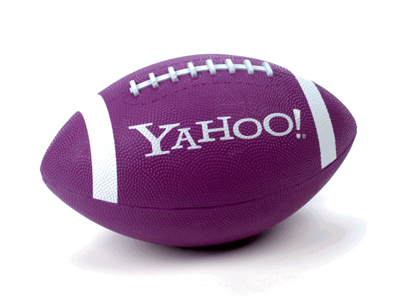 If you’re expecting to read a bunch about how spectacular the Falcons’ offense is, then this probably isn’t the read for you. Furthermore, why would you have made it this far into the read if you were amped for some Falcons’ goodness? This one’s got some Rams moxie, and it’s as if they’re leaning in St. Louis’ direction without actually stating it. The poll, however, says otherwise…

The good news - if you’re a Rams’ fan - is that 1/16th of this post is specifically for your reading pleasure. Having drafted Tavon Austin and Alec Ogletree in the first round, you’ll get to recap PFF’s Week 1 grades that the top - and back end - of 2013’s 1st rounders. I’d give ‘em both a positive score…PFF disagrees

If you think Vegas has the Rams as favorites, you’re…well…delusional. That delusion, however, doesn’t mean that you’d be wrong in thinking the Rams can win. Heck, I do. It looks, though, as if the Falcons might be favorites by less than a TD.

Chet Gresham highlights the targets and touches for each NFC team. Jared Cook lead the bunch. Brian Quick trailed. It just donned on me, but are we forgetting about Quick because of other - potentially more viable - targets? Let’s not forget this guy was drafted 33rd overall in 2012.

Chuck Cecil Is Confident With McLeod at Safety…And He Has Been: St. Louis Post Dispatch

Last year, Rams’ secondary coach - Chuck Cecil - headed to UVA to scout two players. One of those players was Rodney McLeod. He was impressed with him then, and he’s clearly impressed with the Rams’ starting safety now. He feels more comfortable in his second year as a pro, and he’s not a starter as a result of circumstantial injuries… 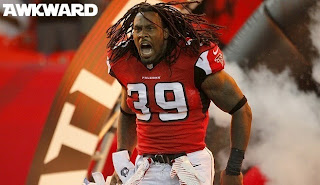 Obviously, not being in with my teammates and not being able to play football was tough. But I'm well past this whole situation. It's behind me and I feel like I've been able to pick up pretty much where I left off.

…where exactly is that?
Ten Things To Look For In Week 2: Football Nation
You’ll find No. 8 of great interest. I’ll give you a hint… it features an undefeated team heading into an "NFC Powerhouse’s" home town. "Arguably the No. 1 sleeper team."
Top Ten Week 1 Performances To Note: Football Nation
Same station, same channel. Head to page 8. It would’ve been criminal not to note his performance as Top-10 in Week 1. The Rams will more of the same if they’re to succeed in Week 2.
Mike Ditka Picks the Rams: SB Nation
ESPN has 13 [mostly human] experts. Only one of them has a functional brain. His name is Mike Ditka…he knows how to pick winners.
Walt’s Got Your Never-Too-Early 2014 Mock Draft: WalterFootball
Walter’s not buying the Rodger Saffold return, which he makes clear with the Rams’ first pick. To note, the Rams have two first round picks, and despite the Oregon Ducks pummeling the Washington Redskins, the pick is still their own. For their second pick, they draft the guy with the best name ever…
ESPN’s Fantasy Expert Picks for Week 2: ESPN
It is what it is. It’s a bunch of guesses from well-paid people.
Fantasy Football’s Week 2 Player Rankings: Yahoo! Sports
We’ll kick it off at QB. Feel free to roam the site freely from there.

The fantasy guru’s over at NFL.com are certain that Jared Cook is Sam Bradford’s go-to guy. It’s kind of hard to argue, considering the day Cook had in the season opener. Here’s some fantasy insight on Cook, and a few other NFL TE’s you should be starting this week.


DC’s Take: I truly think this one’s winnable for the Rams. It’s easy to look at the schedule and predict losses based on assumed excellence of their opponent. If I’m being transparent, I’m tired of doing that; and quite honestly, it’s pointless. I think the Rams' offense - though inexperienced - will continue to put it together as the season progresses. The ‘mid-season form’ Rams makes for a very scary opponent. The Falcons’ offense is a bit nicked up - and regardless of that - I think the Rams’ defense could seriously stifle one of the NFL’s most elite passing offenses. The Falcons are known for their game-changing offensive players…some of which are dinged up. Contrary to my preseason prediction, I can see the Rams pulling this one out. Even if I’m wrong, this game will be closer than you think in the 4th quarter…