Mayock on Austin: "He might be the most explosive player I've ever seen"

Share All sharing options for: Mayock on Austin: "He might be the most explosive player I've ever seen"

I watched all of [Tavon Austin's] tape, I saw him in person at his pro day. He might be the most explosive player I've ever seen in my life, from a static start to full speed. He's almost impossible to cover in short spaces. So the ways you can use this are basically only constrained by the imagination of your offensive coordinator.

They can use him in the slot. They can move him around. He can play tailback. He did all those things at West Virginia. He returned punts.

So it's gonna be one of the really interesting questions around the league - how does St. Louis use him? And how productive can this kid be? 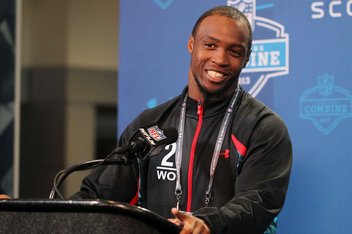 And so does Mayock, when he says this:

Watch out for the St. Louis Rams. They're going to be competitive in every game they play.