The Rams Making The Playoffs?...... They're Coming Up Sixes

Can the St. Louis Rams make the playoffs this year? Luck will play a small role, but with the pieces they now have in place, the Rams can control their own destiny - especially if they can hit on the sixes.

Share All sharing options for: The Rams Making The Playoffs?...... They're Coming Up Sixes

As the St. Louis Rams get closer to the end of training camp, the excitement and anticipation levels grow as each day passes. After many years in the NFL's wilderness, the Rams faithful believe this team is ready to challenge for a playoff spot. What will it take for the Rams to reach the postseason in 2013??

They're Coming Up Sixes

When looking at many of the factors that are key to the Rams making the playoffs, the number 6 is significant to all of them:

When the Rams held opponents to 17 points or less last season, their record was 6-1. The defense building upon its success and performance of last year is essential to the Rams playoff aspirations.

The Rams led the league in penalties last year (130 for 978 yards), an average of just over 8 - per - game. Notwithstanding turnovers, nothing can kill a drive - or momentum - in a game more than penalties. If the Rams can reduce their penalties to 6 or less per game (96 total), they would likely be in the top ten of least -penalized teams in the NFL.

The Rams play a total of 6 games this year against division rivals Arizona, San Francisco, and Seattle. Last year, their record in the division was 4-1-1. The Rams will need to have similar success this year in divisional games if they are to make the postseason.

Each of the 12 teams who made the playoffs in 2012 had records of 10-6 or better. The Chicago Bears were the only team that didn't make the playoffs with at least 10 wins. In order to be in the hunt for a playoff spot, the Rams cannot afford to have more than 6 losses.

In 2012, the 12 playoff teams had a combined home record of 76-19-1 (.792). The Rams' home record was 4-4. To reach the playoffs, the Rams must improve on their record at home. Given the difficulty of their road schedule, the Rams must achieve a 6-2 home record to secure a playoff spot.

The Rams ranked 29th among 32 teams in third-down conversion percentage [32.1]. They ranked last in the league in gaining first-down yardage on third-down rushing attempts, and were 28th in picking up first downs by means of third-down passing attempts. Sam Bradford's 69.3 passer rating on third-downs will need to rise substantially. Overall improvement in this area is essential for the Rams' offense to succeed in 2013. 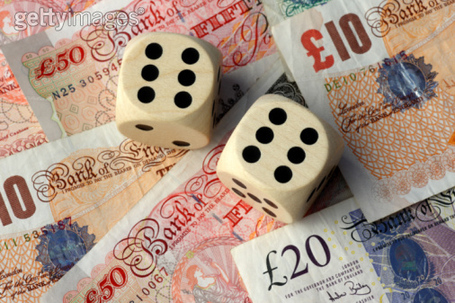 The time missed with injuries was noted, for both Jake Long and Rodger Saffold. In addition, Harvey Dahl and Scott Wells missed 11 games combined in 2012 due to injury. The health of the offensive line will be a key factor in the Rams' quest for a playoff spot. If healthy, this unit has the potential to be among the top dozen in the NFL.

As noted, the Rams have 6 players on the roster that they selected in the first round of the NFL draft - Michael Brockers, Chris Long, Robert Quinn, Alec Ogletree, Tavon Austin, and Sam Bradford. All 6 will play key roles for the Rams this season. Brockers, Long, and Quinn were instrumental in the Rams achieving 52 sacks last season, and constantly pressuring opposing quarterbacks. Austin and Ogletree are both first round picks in 2013. They are expected to contribute immediately, and have a significant impact on the Rams fortunes. The continued development of Sam Bradford will be the major factor in improving the Rams offense [and paramount to the Rams playoff aspirations].

The Rams averaged 18.7 points per game in 2012, ranking 25th in the NFL; 24 points per game is the standard that teams ideally need to achieve to have winning seasons, and reach the playoffs. Last season, 10 of the 12 playoff teams averaged at least 24.4 points per game. All 10 were in the top dozen in points scored. The Rams must score an additional 6 points per game over 2012 (24.7 in 2013), to be in contention for a playoff spot this season.

Rookie kicker Greg Zuerlein began the 2012 season on fire, connecting on 15 field goal attempts in a row. He then went 8/16 the remainder of the season [6 of those misses were from beyond 50 yards]. Fatigue was partly to blame for the fall off, and he's been managed carefully this off season, by special teams coach John Fassel. The Rams figure to be in many close games this season. Zuerlein's leg could be the deciding factor in many of those games. 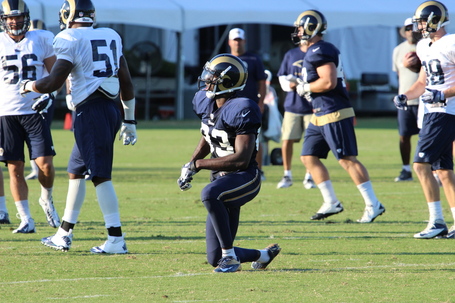 Rolling dice is all about chance and luck. Aside from the occasional odd bounce of the football - and avoiding untimely, freak injuries - the game of football involves very little luck. For the most part, an NFL team controls its own destiny. The Rams have a tough task ahead of them - attempting to secure their first playoff berth since 2004. But, if enough sixes come up...