Before you fire up the grill, twist off a cap [or ten], and breakout the snakes and sparklers, take a second to catch up on the most recent "haps" in the NFL. Happy Independence Day, ladies and gents! 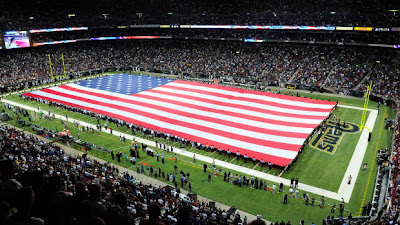 If each division in the NFL had to create an All-Pro team, what would it look like? Well, it just so happens that Dave Dameshek has done just that. The Raiders are the only team with NO representatives. How did the Rams fair? Not much better…

He will invite you over. He will offer you a drink. And when you’re ready to leave, he’ll repeatedly smash a beer bottle over your dome…

The countdown of the Top 32 continues, and Wednesday’s lucky winner was Philadelphia Eagles’ QB Michael Vick. Where will Sam Bradford be landings on the Jaws’ QB countdown?

The Rams’ defensive ends - Chris Long and Robert Quinn - are growing more and more effective at pressuring opposing QB’s and last year’s sack totals were a reflection. PFF takes a closer look at just how well the Rams’ DE-duo performed.

The Rams Have Acquired Value In More Ways Than One: National Football Post

It’s no secret that the Rams’ offseason has been one of the team’s most impressive in years. But players aren’t the only manner in which the organization has added value. They’ve got one of the best Scouts in the business.

…worth noting, the Rams face the Panthers [at Carolina] in Week 7.

This list of players to keep an eye on in your fantasy draft is eight players long. Two of those eight are Rams. That’s like….25%. The ratio of Rams' mentions to total players is startling.

* I hope everyone has a safe and happy 4th of July. A special thanks to all the men and women around the globe who are serving our country. ‘Merica!