Secret stats: What the penalty numbers say about the Rams

A closer look at the numbers say that a few less flags in 2013 could help the Rams get back on the right side of .500.

Share All sharing options for: Secret stats: What the penalty numbers say about the Rams

The St. Louis Rams had penalty problems last season. To be specific: they had too damn many flags thrown in their honor, 149 penalties to be exact. That was the most of any team in the NFL during the regular season.

So what, right? Wrong.

When a team finishes 7-8-1, say .500 for all intents and purposes, a stalled drive here and there is the difference between a winning record and something less. Three of the Rams' losses came with less than a touchdown as the final scoring differential. And then there was that tie game. Too far fetched to think the Rams could have finished with 11 wins?

Check out these two charts for defensive penalties from 2012. The first one shows points allowed broken down by drives with a penalty and without. Of the 348 points allowed by the Rams defense, 183 of those points came on drives where the Rams were penalized.

Take a look (note: these charts were done in regards to post about Darrelle Revis & the Bucs, we're focused on the Rams, obviously): 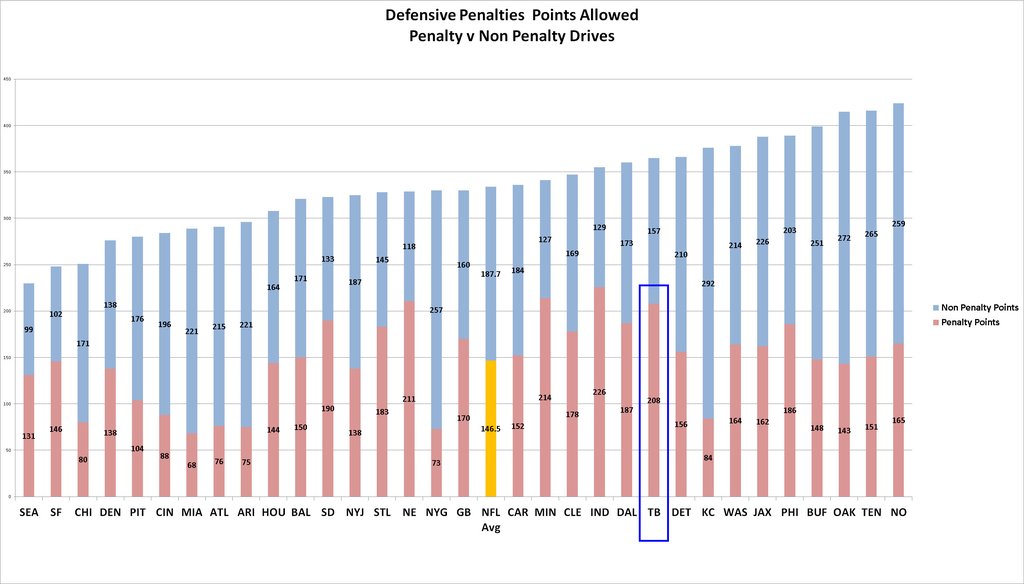 The next chart breaks down the penalties by type. Check it out: 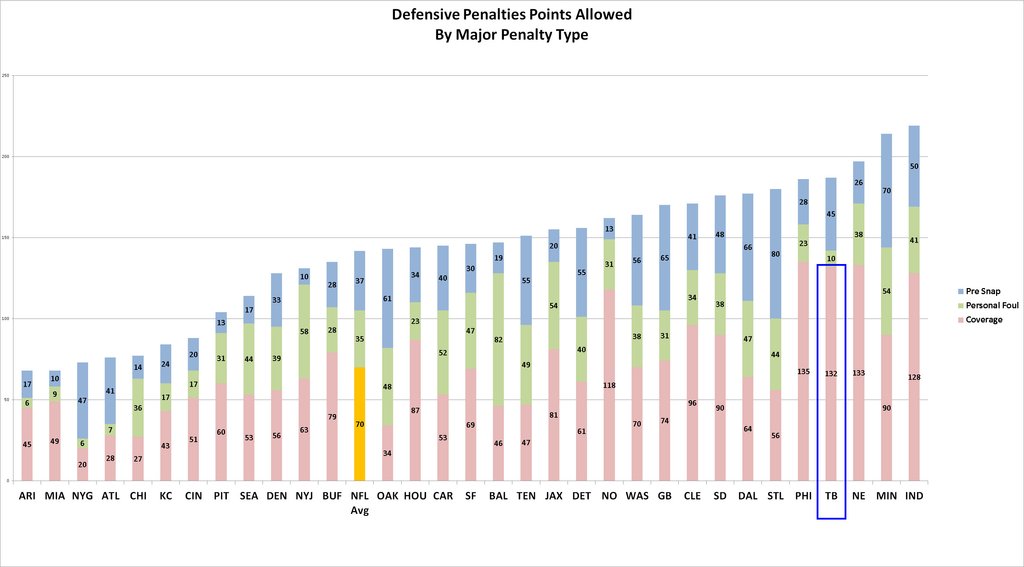 The bulk of the 183 points allowed by the Rams on penalty drives came via pre-snap penalties, things like offsides. You can make the argument that all penalties are preventable. That's a little too theoretical, but the pre-snap penalties are among the easiest to prevent. No, there's not much a team can do to prevent one of Jeff Triplette's replacement ref calls, but you get the idea of the impact improving the discipline might have.

Take out the bulk of the personal foul calls, and it's hard not to wonder if the Rams' penalty propensity might not have been liable for the sub-.500 record.

I should point out there is no automatic formula here. Penalties are situational. Teams are more buggered by specific flags one week than the next.

At any rate, there's a net positive here, something that bodes well for the season ahead. If the Rams can cut down on the penalties, it's one factor that could help put the team on the winning side of the ledger for the first time since 2003.