Shocking NFL news is somewhat sparse in late June. Yesterday was an exception…

It’s no secret what the BIG NFL news was on Wednesday. The Aaron Hernandez arrest stole the spotlight. It wasn’t the only football news out there, but it was almost impossible to ignore the happenings in Attleborough, MA. Life [for now] won’t be about football for Hernandez. It should be noted, though, that "guaranteed" means exactly that. According to the NFL Network, the Patriots will still owe Hernandez $2.46mil over the next two years...

[Former] Patriots' TE was arrested on Wednesday morning, and charged with the first degree murder of Odin Lloyd. Over the course of the past week, signs continued to indicate Hernandez’s involvement, and shortly after his arrest he was released by the team. The NFL has discontinued the sale of his jerseys, as well.

In 2000 - while still coaching the Baltimore Ravens - Brian Billick dealt with circumstance similar to those of the Patriots. Ray Lewis, also in involved in a murder trial, was retained by the team despite pleading guilty to obstruction of justice. Billick points out that team’s are very aware of what the players are up against, and that made the decision [to release Hernandez] an easy one.

The Bengals will be featured this season, and for the second time in four years. That’s not good enough for Goodell. He wants to see more involvement… and he might just get his way.

According to FO, the Rams allowed 8.1 yards per play on play-action passes in 2012, which was good for 9th worst in the NFL. The NFL average was 7.6 ypp. Thoughts?

…sorry for the blur. You’re not [that] hungover.

Every Once In A While, You’ve Got To Get Yo Mock On: Walter Football

I like to check in with Walt every now and again, just to see what he’s got in store for next April’s draft…which is only 10 months away. He’s got the Rams picking at 18 and 20. Another WR with their first pick? You bet! Rodger Saffold not a Ram in 2014? Walt’s got a plan…

Get To Know One Of The Rams’ Rookies Not Often Discussed: St. Louis Rams’ Official Site

Let’s face it, it’s certainly more exciting to discuss skill position players, but the Rams did use their 4th round pick on OL Barrett Jones. There are a few positions on the Rams’ O-Line that aren’t solidified…don’t count this young man out, he’s versatile.

Every NFL player handles the lull of the NFL offseason differently. For Austin Pettis, staying in shape is all about breaking ankles, behind-the-back passes, and flushin’ it.

A Few Non-Football Things to Watch On Thursday…

It’s Tiger Woods’ tournament and he won’t even be playing in it [elbow injury]. His absence should make it that much easier for this year’s winner to collect $1,170,000. Who’s it going to be? 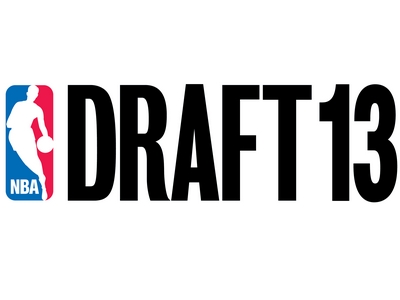