The week in Rams: Everyone's a winner at OTAs

The Rams are off for the summer now. Let's take a look back at what we learned in OTAs.

Share All sharing options for: The week in Rams: Everyone's a winner at OTAs

The St. Louis Rams wrapped up OTAs this week. They did not have a minicamp this year. The difference between a minicamp and OTAs is ... exactly, but this gave Jeff Fisher's team a little extra time for summer vacation before training camp starts on July 23. A look back at the week in Rams ...

Everyone was elite in OTAs. Of course they were. If the playoffs started today, there would be 32 Super Bowl champions. The Rams receivers looked good too. They always look good in May and June. That's never been a problem. Can they do it in September?

Defensive coordinator Tim Walton is the new guy now. And he's cool with that.

Craig Dahl just keeps on trolling the Rams. First, he did it with his play. Now, he's doing it as a third string safety for the hated 49ers. At any rate, it made us all feel much better about this Rams team.

All the 2013 draft picks signed deals this week. Tavon Austin's cousins are thinking of new angles.

The Rams announced the training camp schedule too.

A new bag policyreally, really sucks for fans. No purses, no bags, no seat cushions, no nothing ... except a few things in a small ziploc. Not to worry, we managed to find a solution, selling essential items at the game, like this ... 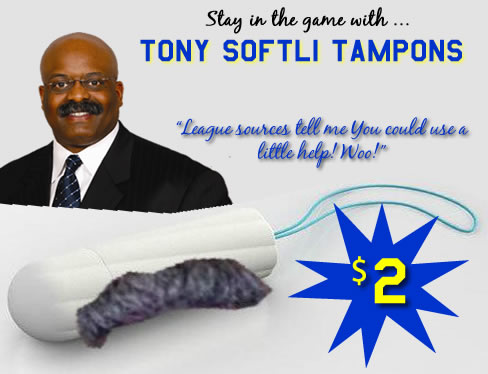 Have a great Father's Day, all you dads out there. If you're not a father, avoid it at all costs.