Tim Walton's challenge: Take the Rams defense to the next level

The Rams are counting on a loaded defense to improve upon an impressive 2012. How far they go depends on their first-year defensive coordinator.

Share All sharing options for: Tim Walton's challenge: Take the Rams defense to the next level

The St. Louis Rams defense is a familiar bunch. Chris Long has anchored the edge since 2008. James Laurinaitis has captained the group since 2009. Even relative newcomers like Cortland Finnegan, Michael Brockers and Jo-Lonn Dunbar are entering their second season with the team. The Rams are leaning on that experience this season. Perhaps nobody is leaning on it more than first-year defensive coordinator Tim Walton.

Not only is it Walton's first season in St. Louis. It's his first stint as a defensive coordinator in the NFL.

"I've got a great group of guys that I'm with, a veteran staff," Walton said after Thursday's practice. He was referring to a coaching cadre that includes four former defensive coordinators and long-time position coaches like defensive line coach Mike Waufle.

"I've got a great group of guys that I'm with."-Tim Walton

"Those guys are very experienced guys so they made my adjustment pretty easy," Walton explained. "You've got a lot of leadership on the team with guys like Laurinaitis, Chris Long and Cortland Finnegan. So they make the adjustment easy for me, the players and coaches. I knew some of the guys before I got here, so it's been going good."

Expectations for the Rams are different this season too. Unlike years past, competing is a means to an end, not the goal itself.

Few predicted the Rams to win seven games in 2012, much less against opponents like the 49ers and Seahawks, vastly superior on paper. Instead the Rams finished with an impressive 4-1-1 record inside a division widely considered to be the league's toughest.

Credit the defense for much of that surprising success. Fisher's team had a DVOA of -9.2 percent, according to Football Outsiders. That number was good enough to make the Rams the seventh-best defense in the league, up from 21st the year before. St. Louis also finished with top-10 scores against the run and pass, per Football Outsiders.

The most impressive number the Rams posted in 2012 was 52. That's how many sacks the defense recorded, tied for the league lead.

"That's the strength of our defense."-Walton

"We expect the same type of results," Walton said. "We're going to try to do the same thing. That's the strength of our defense."

Strength, for the Rams, starts up front with the defensive line. Led by Long (11.5 sacks) and Robert Quinn (10 sacks), that unit accounted for 39 of the team's league-best sack total.

"The good thing that we have," Walton said, "we have a front four that can do it. We have depth at that position. Then we have some linebackers and DBs that can blitz and do things. They can add pressure also to give different looks, to try to not always have to rely on the four-man rush, but we have that as a tool to go to because those guys they can really go."

Long and Quinn are the group's established stalwarts. Michael Brockers, a first-round pick last year, will be counted on to contribute more pressure from inside. William Hayes returns with a three-year, $10.25 million free agent deal, and he'll be expected to build on a career season with the Rams in 2012.

Producing back-to-back seasons of 50 or more sacks is a rarity. The last team to do was Pittsburgh Steelers in 2001 and 2002.

Repeating as sack champions will require more than just sheer effort from the defensive linemen. Last year's unit was helped along by a secondary exceeding its own expectations. The addition of cornerback Cortland Finnegan gave the defensive backfield an obvious boost in the spring. Helping things along was an impressive debut from second-round pick Janoris Jenkins. Trumaine Johnson, another rookie cornerback in 2012, was also able to step into the third corner role later in the season.

Those three all return this season, giving the Rams what may be, quietly, one of the best position groups in the league. The question mark in the secondary is at safety.

The Rams leaned heavily on veterans Craig Dahl and Quintin Mikell at the safety spots last season. The other players at the positions accounted for fewer than 100 snaps.

This season rookie T.J. McDonald, a third-round pick from USC, is the only one penciled in to start. The other safety job figures to be a battle in camp between Darian Stewart, Rodney McLeod and whoever else the team might add at a later date. 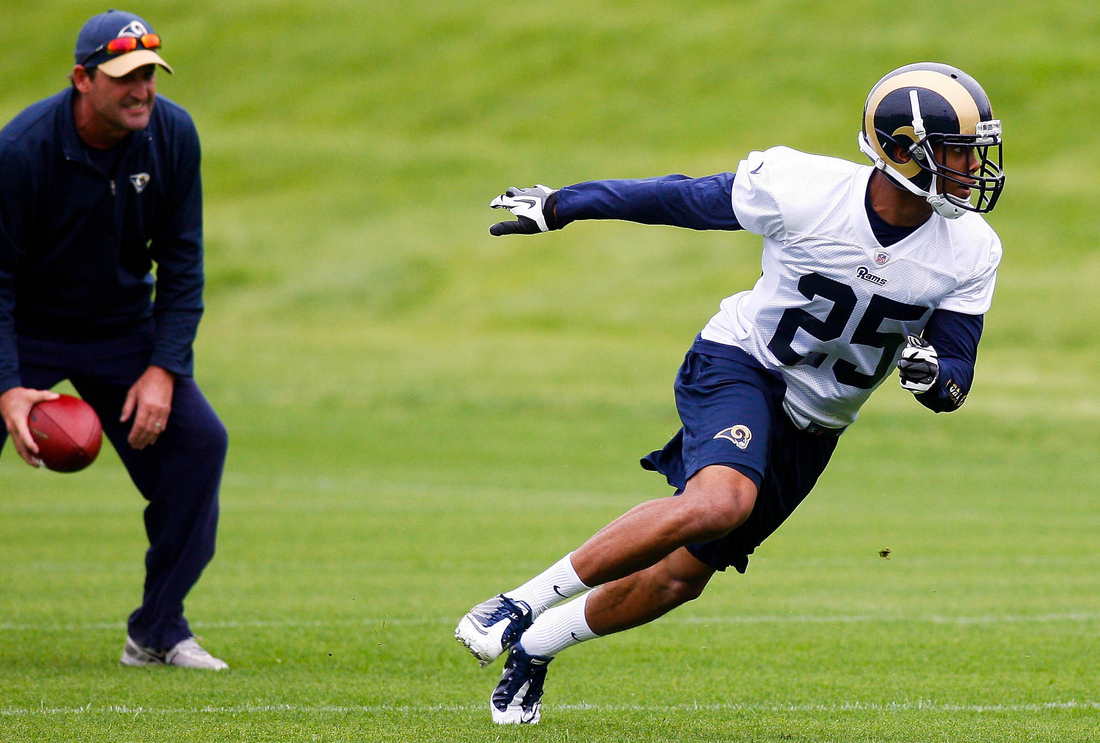 "I'm excited so far," he said. "You've gotten a chance to see T.J. come in and get a lot of reps right now. He's been able to step in and pick up things fast. Then you have Rodney McLeod that's showing a lot of good things. He was on the team last year and showed his athletic ability. I'm impressed by the way guys pick things up, the learning curve of those guys. Then you have Stewart, that's the same way.

"We think that we'll have a great group of guys that will be able to help us a lot."

It's clear listening to Walton that the Rams believe they have the pieces in place to make an elite defense. But even in the NFL where talent trumps all, it takes something more to translate an impressive roster into a group capable of suffocating opposing offenses.

That's where Walton comes in.

Walton has to take what the Rams did in 2012, update it for personnel changes, opponents and to fit his preference and style.

"We're keeping a mixed bag of stuff," Walton acknowledged. "Some of the stuff we kept the same and then we have some things we're tweaking a little bit. Offenses are ever evolving, so you have to do the same thing on defense. A lot of stuff will be a lot of carryover and you'll just tweak some things here or there to fit some of the personnel we've got and then some of the teams that we'll play."

But it still comes back to people. Leadership trumps scheme.

"Having a great group of guys on the staff to work with that's very experienced, that makes the transition easier," he said. "So, the terminology and the language and that kind of stuff is an easy adjustment."

• 3 reasons why signing Tebow was a smart move