Versatile explosion players are all the rage. Let's take a look at how the Green Bay Packers use their version of Tavon Austin.

The Rams look poised to open up the offense this season with all of their added versatility. The Green Bay Packers' Randall Cobb is a similar weapon to Tavon Austin, whom the Rams acquired this past weekend in the NFL Draft. This installment of the Prospect Playbook will take a look at how the Packers use Cobb, and how the Rams have the personnel to do the same. After all, it is a copy-cat league, isn't it?

Green Bay, running the no huddle, can use Randall Cobb at any position on the field causing the 49ers to either account for him and adjust, or tempt fate. When Cobb lines up in the backfield, unless a defense adjusts, he will be matched up with a linebacker. Randall Cobb, when given space to work, with will beat any linebacker in the NFL…including Patrick Willis. Tavon Austin possesses a very similar skill set and will likely be used in a similar fashion. 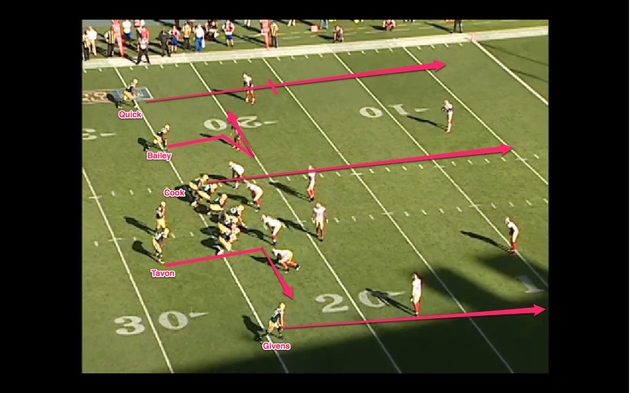 Having a respected deep threat on the play side garners the respect of the defense and allows the receiver to clear out the defender and the safety. Lining Tavon/Cobb up in the backfield forces to opposition to make a decision. In this case the 49ers have decided to have a linebacker attempt to cover Cobb. Attempt being the key word. 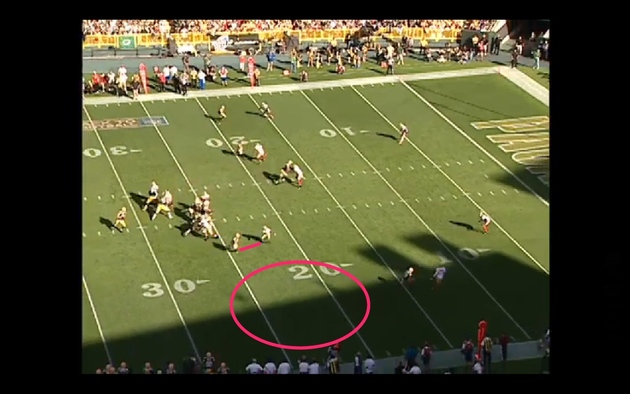 Willis gives Cobb some cushion so he doesn't get beat deep, however Cobb turns that cushion into separation. With all of the available space, Cobb has plenty of room to work. One on one, players with the agility of Tavon and Cobb are nearly impossible to get hands on. 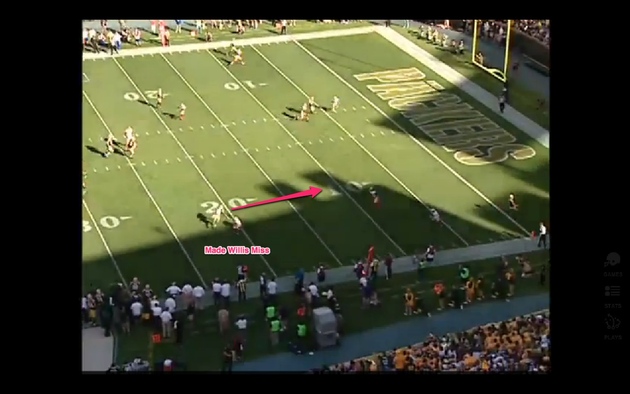 This place resulted in a 12 yard gain and Randall Cobb not being touched.

Green Bay lines their swiss army knife (SAK) in the backfield once again, only this time Cobb motions out creating an empty set. 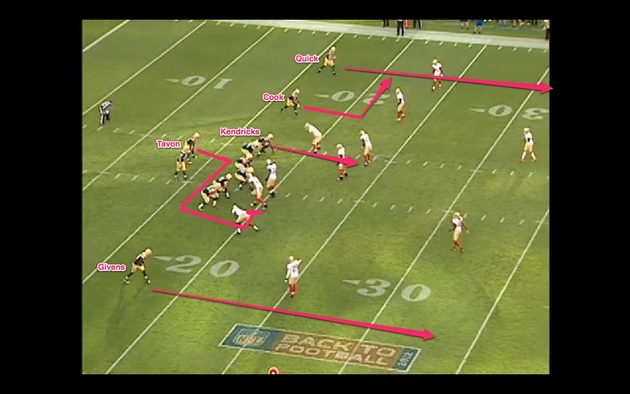 49ers, expecting pass, are caught off guard when Green Bay runs a middle screen to Randall Cobb. The receivers run off their men effectively taking them out of the play. The lineman all block for a count and release up field. Having Jared Cook, Lance Kendricks, and Brian Quick allows the Rams to show a personnel grouping that is physically imposing when run blocking, while also maintaining a vertical threat. 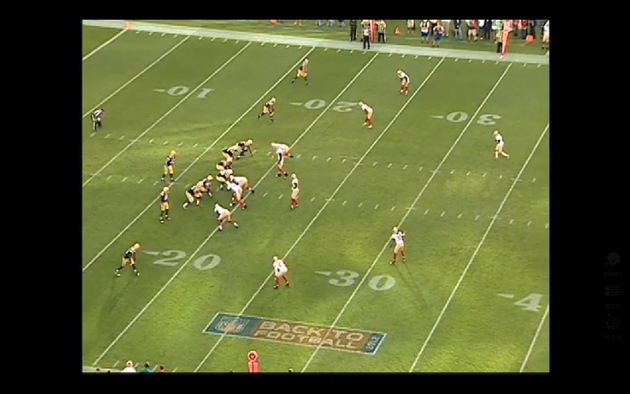 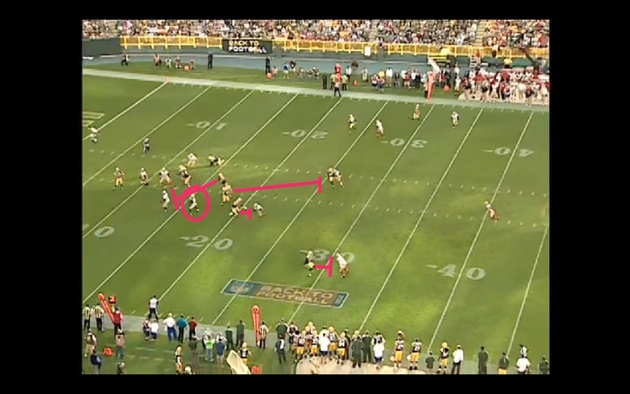 The 49ers defensive lineman fly upfield expecting a pass. Cobb sits in space and follows his blockers for a 28 yard gain. 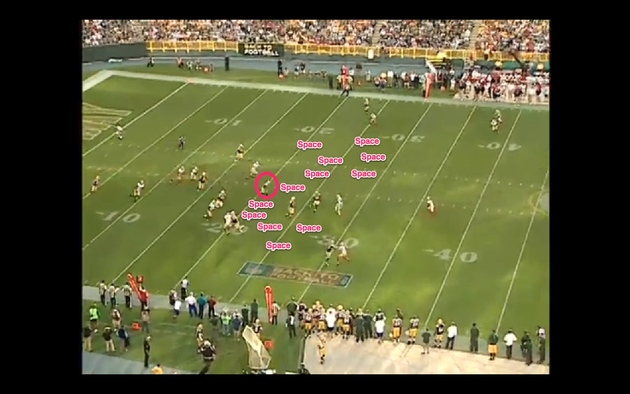 A constant theme when discussing players such as Randall Cobb, Tavon Austin and Percy Harvin is space.

We've already covered the match-up issues SAK players present when lined up in the backfield. Here is what can happen if a team doesn't respect the rushing attack from a SAK player. 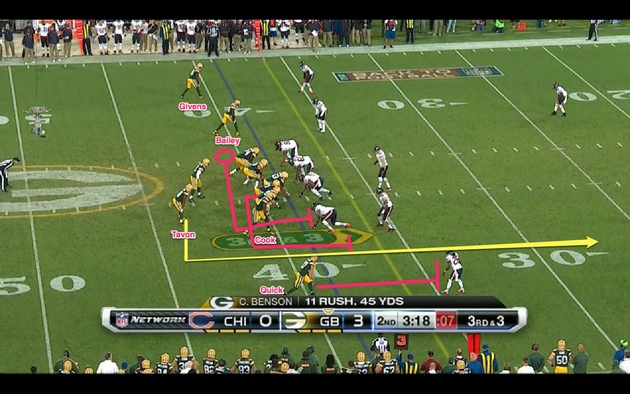 Pre-snap Jermichael Finley motions across the set. Finley then blocks down on the defensive end, while the right tackle pulls around to get to the second level of the Chicago Bears defense.

Once again, having big bodied receiving threats offers an advantage in the run game. In this case, the Packers have Finley lined up in the slot and Jordy Nelson out wide; each of them is a capable blocker. Quick, Kendricks, and Cook should be used similarly. 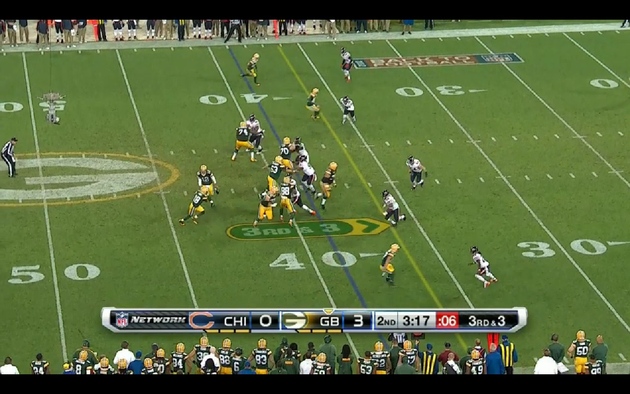 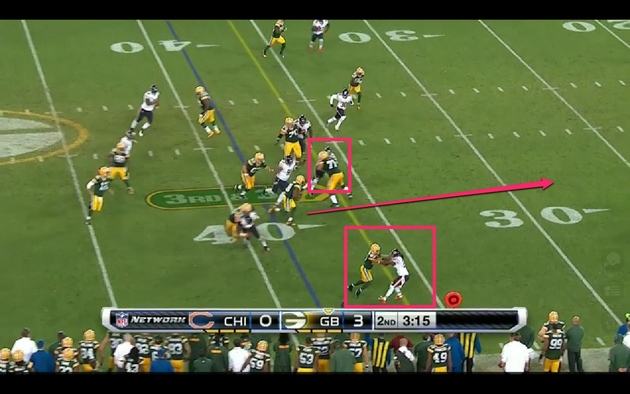 Jordy Nelson's spectacular block allows Randall Cobb to get past the second level and go for 28 yards.

Tavon Austin has the ability to kill teams with paper cuts, or a guillotine. For every five or six yard play, he will have big play leaving your jaw on the floor. But one thing I realized while watching Packers tape is that, yes, Cobb's versatility is invaluable, but the diverseness of the players around him adds to his effectiveness exponentially. Fortunately, the Rams have added multidimensional players.