I bet I know one thing they talked about.

It wasn't a huge surprise that Tavon Austin was the first receiver drafted, a top 10 pick, on Thursday night. The kid has speed and skills, he can even do a little running out of the backfield. In fact, he did that last season for 344 rushing yards and a grand total of 572 all-purpose yards in a November game against the Oklahoma Sooners.

Obviously, Bradford was long from the Sooner state when that happened, but he's a pretty fervent standard barer for Oklahoma.

Wonder what they talked about? 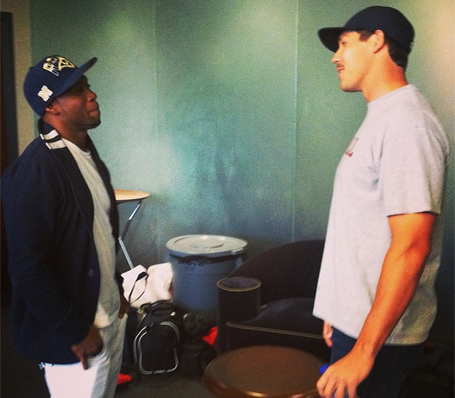