It's kind of a busy day, so follow along with us right here.

Hey there. There's a ton of things happening, and only so much time in the day. We're going to do a little live blogging here at TST to keep you engaged. We'll still be posting, so think of this as more of an ongoing conversation from the editors ... a war room for snark and other essential draft things.

[Note by Ryan Van Bibber, 04/25/13 1:54 PM EDT ] Alright, the trade talk is reaching a fever pitch now. We talked about the possibility of trading out of No. 22, but check out this scenario posited by Jeff Darlington from the NFL Network:

Benefit of having two 1st-rd picks: Rams will explore moving up from 16 but then down from 22 to recoup what they gave up to get their guy.

Is your head spinning yet? Trading up and then trading down. It's actually sort of brilliant, if only Les Snead can find some takers.

"Not sure if this year is any different than last year," Sneed said, "but really, right now, everybody's just flirting with each other. There's no dating going on here. No marriages. So, until someone asks someone to marry them -- and that will come tonight -- that's when we'll know the value of moving up or down in this draft."

At the Combine, Snead talked about the importance of guards with a metaphor about musicians, the kind that back up the rock stars. Great GM or greatest GM? 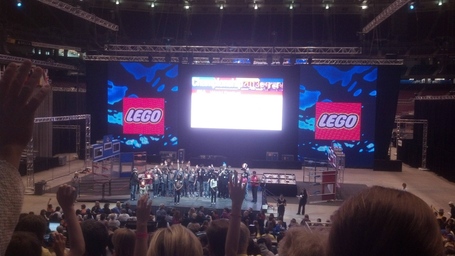 And, on Tavon Austin, if Jets dont take him at 9, Rams could swap with them at pick 13 moving up from at 16 to make sure they get Austin

The Rams and the Jets did swing a deal last year ... to get rid of Jason Smith.

FWIW, everybody and their brother has confirmed the Chiefs will pick Central Michigan OT Eric Fisher. It's a solid pick. I would've gone with Luke Joeckel. I think Fisher's got plenty of skill, but it's hard for me to ignore Joeckel's resume in college.