The St. Louis Rams haven’t been to the playoffs in nearly 10 years, and haven’t sniffed the postseason since 2010; a year in which the Rams - lead by rookie QB Sam Bradford - saw their aspirations of making the playoffs slip away in the waning moments of the season. What’s it going to take for them to get into the playoffs?

For the second time in the past three years, the Rams ended their season with a losing record, but having ‘bounced back' [with seven wins] from an atrocity of a season prior. In 2010, a loss to the Seahawks in Week 17 effectively ended their season, while last season it came to a close in Week 15 at the hands...or feet...of Adrian Peterson, who rushed for 212 yards, and lead the Vikings to a 36-22 win in St. Louis.

The hope was there, though. Rams fans desperate to see their team make something special happen have been rather disappointed since 2004, when the Rams finished 8-8...something they've only done once since. Yet, like any devoted fan base, next year is THE year.

And the NFC West isn't what it was in 2010, when Bradford nearly topped off his stellar rookie campaign by also adding an 17th game to their season. The Seahawks - who won the division and earned a playoff berth - finished the season 7-9....same as the Rams, who finished second. Suffice to say, the NFC West was a joke. The entire division won 25 games that season, with the 49ers and Cardinals rounding out the worst of the worst, with six and five wins respectively.

No, the NFC West is now a powerful division, which just sent two teams to the playoffs, and one to the Super Bowl. The West finished the season with 34 combined wins; second to only the NFC North who tallied 35. Much like the 49ers and Seahawks of the West, the North sent the Packers and Vikings to represent their division in the playoffs.

That's two divisions, and four teams....out of a possible six potential spots. That leaves only the winners of the NFC East and South to round out the playoff picture. No playoff team won less than 10 games in 2012, and even Chicago [who finished third in the North] tallied double-digit wins despite missing the postseason. Have a look...

With that being said, the Rams - again - showed promise last season, especially within their division. The Rams lost only one game amongst their NFC West opponents in 2012, and it once again came at the hands of the Seahawks in Week 17. They tied the 49ers in Week 10, and then finished off the season series by outlasting them through another overtime game Week 13. Games against the Cardinals bordered on non-competitive.

But back to the question at hand...what's it going to take for the Rams to make it back to the playoffs? It's widely believed that the Rams are just another mediocre team in the NFL, while the 49ers and Seahawks now have flashy new QB's, whose ability to kill teams in the air - and on the ground - have NFL experts swooning over the possibilities for their teams. Meanwhile, the Rams are still viewed as an average squad who no longer have the best QB in the division. Don't believe me? Google it. It shouldn't take long for us to come to an agreement.

I'll break it down into three categories for you to choose from. Huddle up together in your respective groups, discuss the matter, and we'll see how the fan base views the current standing of the Rams heading into 2013.

It's Going To Take "This Many" Wins

This mindset means that you think - probably based on their ownership of the NFC West last season - that the Rams can win the division, and it's merely a specific number in the win column that it's going to take in order to do so. Could it be 10? Possibly, but looking at last year's final standings, that would certainly be an iffy number. 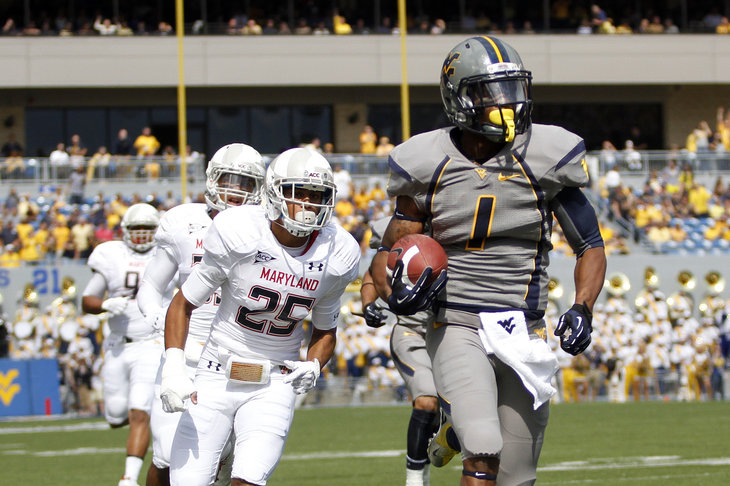 The SB Nation NFL bloggers mock draft is on! SB Nation's NFL bloggers will be running a two-round mock draft with three picks posted per day leading up to the big day. Read on for all the picks.

The Seahawks and 49ers finished the season with 11 wins each. I'd assume that the Rams need to win at least that many to ensure a playoff spot, and it may take more for them to win the division. If we're being fair, the two aforementioned teams are premier teams in the NFC who not only have stout defense, but have just added legit weapons to their offense in Percy Harvin and Anquan Boldin. Not to mention that the 49ers have umpteen picks in this Apri's draft...

The Rams, however, let a few games slip away last year. They lost the first game of the season to the Lions in the final seconds of the game. They failed to show up for the Dolphins and Jets games [both winnable], and the result being booted from playoff contention in Week 15. Is 10 wins possible? Sure. But it's hard to find any form of consolation in shoulda/coulda/woulda's.

So how many win's is it going to take? 10? 11? 12? Are you of the mindset that the Rams are looking to improve in the division and compete for a wild card spot, or are you going for the gusto and looking for the Rams to win the West and represent their conference as Champions?

...stand right there, folks. Talk amongst yourselves. I've got two more groups to address.

It's Going To Take Some Time

Stop being so level-headed. With this mindset, I'm guessing that you don't paint your face and lose your voice on a weekly basis. I suppose, though, that you're giving the Rams a fair shake.

Much like coming into the 2011 season - having just won 7 games - Rams fans are looking for improvement. Fair enough. There are plenty of reasons to feel that way:

...but they're going to need some time. The Rams were the youngest team in the NFL last season, and they certainly aren't getting any older. They parted with ways with two of their best offensive threats, Steven Jackson and Danny Amendola, and have yet to fill their voids on offense. That is, unless, someone on the current roster is ready to fill the role. Either way, the depth chart isn't full. Defensively, the Rams booted both of their starting Safeties [Craig Dahl and Quintin Mikell] and have only unproven youngsters to step in. Many look for these roster spots to be addressed in the draft, but then what are realistic expectations for a 22 year old?

The Rams aren't going to make the playoffs this season, but they're a work in progress, and progress shouldn't take long to yield the desired results. The Rams should expect more wins in 2013, but are probably a season or two away from being something really special....they just need a little more time.

....yawn. This kind of sound logic and cautious optimism is enough to require a NoDoz®.

It's Going To Take A Miracle, Bro

I like your style. Don't sugar coat it for me. You expect the Rams to compete in 2013 and you expect them to win the games they should win, no questions asked. You're probably looking for 10 [possibly more] wins. Furthermore, you don't care what the 49ers and Seahawks do. As a matter of fact, your only hope for 2013 is to see the Rams crush their divisional foes. You've got a few buddies whose backsides still hurt from a fall too hard on the bandwagon, and the day that you get to show off your falsetto while singing your victory song - which probably smells like beer - cannot come soon enough.

The Rams are a better team, and the Rams will have a winning record, BUT they probably won't win the division. They do have a shot at a wild card spot, though, and when they get there there's going to be hell to pay.

The postseason is a fresh start! "It's a whole new season," and "anything can happen." At that point in time, your Keep Calm and Snead On T-shirt probably has about 40 different breweries spilled on it, and the smell of mildew equates to victory. You're not washing your lucky shirt, are you?