We find ourselves less than 30 days from the 2013 NFL Draft, and teams in the NFC West have already been very active in free agency. Who’s making the biggest splash in the pool?

There are varying thoughts on how a team can ‘win’ in free agency. Teams can go out and acquire "should've-been" players who really never lived up to their draft pick, in anticipation of providing them the coaching necessary to get them to that level. Others, with holes-a-plenty might go after several mid-level, serviceable role players who can provide immediate upgrades on their depth charts, regardless of whether they’re the top name on the free agency big board. Lastly, an organization can run to the end of the diving board, jump as high as they can, tuck their hands around their knees and cannonball into the free agency pool. 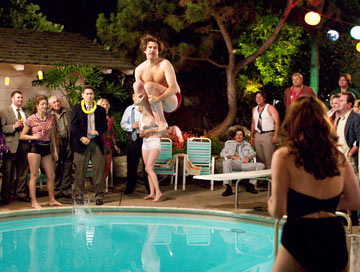 There is no definite recipe for success when it comes to free agency, and the NFC West will show you just how different teams approach the off season. Teams will swing and miss on players, while others will weigh risk and reap reward. Alterations to their depth charts now change the way that these teams will draft in April. But as you lay back poolside, ask yourself which one of the NFC West teams is ‘winning’ free agency. Who’s made a big enough splash that you slightly lower your sunglasses to see which punk kid is responsible for getting the perfect mixture of chlorine and urine on your new copy of Devin Briar...


⇒ It’s fair to say that the most that the 49ers biggest splash came courtesy of a trade for veteran Wide Receiver Anquan Boldin. The 9ers also added first round talent [5th overall selection from 2008] defensive lineman Glenn Dorsey. They did, however, also add at least six points per game to their opponents score when they acquired Safety Craig Dahl in free agency.

⇒ It goes without saying that one of the biggest moves this offseason - and not just in the NFC West - was the Seahawks trade with the Vikings to acquire Percy Harvin. Willing to take a risk on an oft-injured - yet undoubtedly explosive - player, the Seahawks forked over their 1st and 7th round picks in the upcoming NFL Draft, as well as a mid-round pick in 2014. The Seahawks clearly had work needing to be done along their defensive front, and they weren’t waiting for the draft to shore up their depth chart. They added 2008 3rd round selection Cliff Avril, along with re-signing 2009 undrafted free agent Michael Bennett. Seattle has a promising young QB in Russell Wilson, and now has one of the best RB/WR duos in the entire NFL. Look for the Seahawks to prioritize bolstering the defensive side of the ball in April’s draft.

⇒ By all accounts, the Rams have lost more than they’ve gained...yet it’s all part of the plan. As the Rams continue to re-model, re-tool, and re-vamp, they’ve let go of a few household names. Steven Jackson and Danny Amendola will both be lining up for different teams - in different cities - in 2013. Trust, though, that Head Coach Jeff Fisher has a plan in place.


The Rams still have plenty of positions of need heading into April’s draft, but they’ve done well in adding one of the NFL’s premier Left Tackles [a position of regular instability in St. Louis] in Jake Long. A former draft pick of Fisher’s - while still with the Tennessee Titans - the Rams also added a much-needed receiving threat in Jared Cook. Perhaps one of the more underrated, yet most dire re-signs for the Rams was that of Defensive Tackle William Hayes.

⇒ I bet you’re wondering "Why hasn’t my team signed more average players?" The answer is simple. The Arizona Cardinals are hoarding them all. Numerically, they’ve [re]signed the most players in the conference, though none can be deemed serious, game-changing splashes.


The Cardinals have struggled to field a legitimate Running Back [among another very important offensive position] for some time. Rashard Mendenhall, when healthy, could be a steal for the Cardinals. ‘When’ could easily be substituted with the word ‘if,’ which are two pretty powerful letters in NFL terminology. The Cardinals are hoping their reward will outweigh the risk.


Arizona also re-signed Brian Hoyer and acquired Drew Stanton. Can you say "Quarterback Controversy?!?" The addition of veteran linebacker Lorenzo Alexander should bolster their linebacker corps, and though they didn’t sign Josh Cribbs, it sounds like Bruce Arians doesn’t find a torn meniscus to be all that big of a deal. 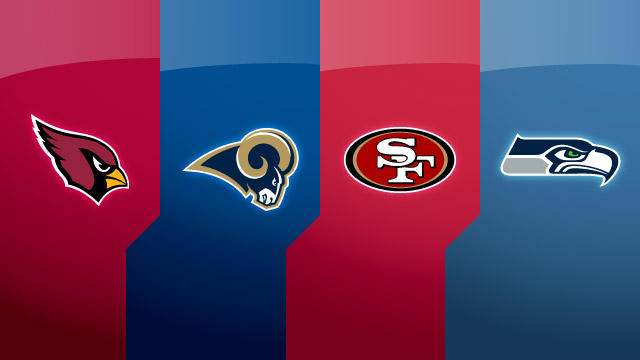 
It’s a question of quantity vs. quality. Which NFC West team is having the best offseason?